This incredible NASA photo shows Earth from one million miles away 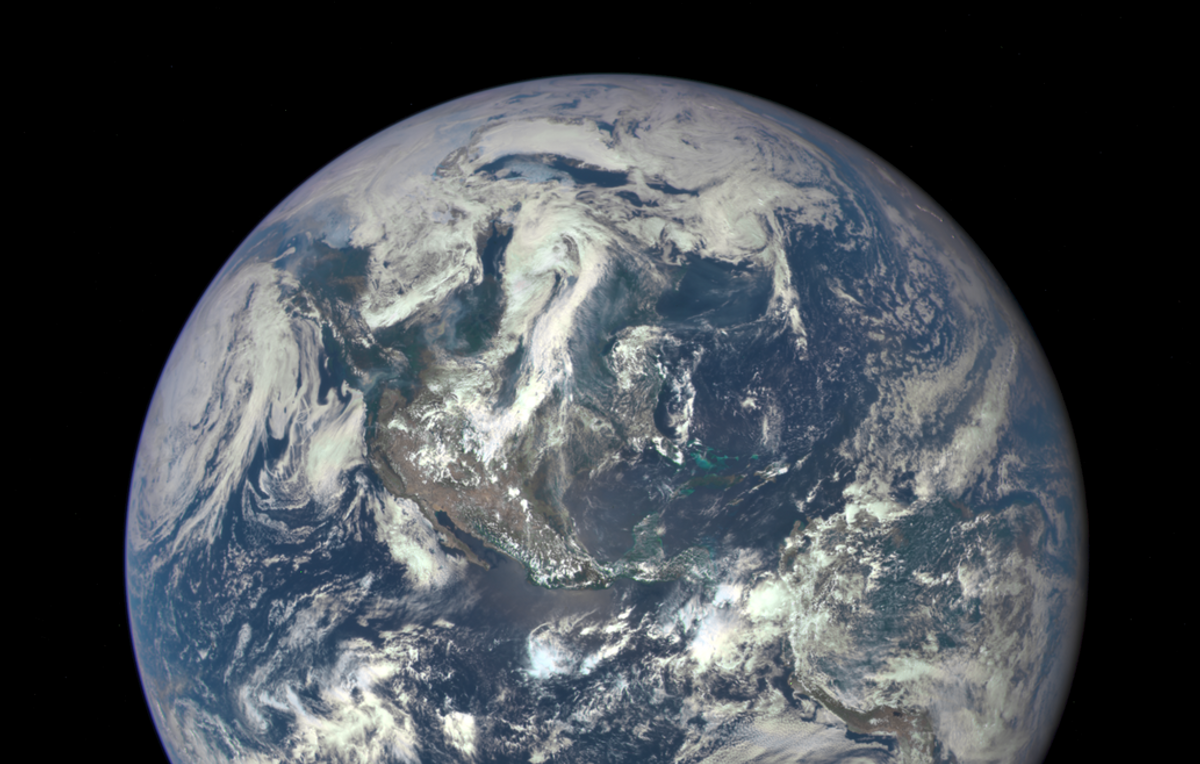 It's Earth, as seen from a million miles away -- and the first image to depict the planet's entire sunlit side at once in 43 years (the rest have been carefully constructed composites.

And it's a stunning reminder of NASA's ability to venture out into space and, once there, to look back, and provide us with a unique perspective on our home planet. Here's more from the Space Agency on what DSCOVR's been up to:

The primary objective of DSCOVR, a partnership between NASA, the National Oceanic and Atmospheric Administration (NOAA) and the U.S. Air Force, is to maintain the nation’s real-time solar wind monitoring capabilities, which are critical to the accuracy and lead time of space weather alerts and forecasts from NOAA.

...The satellite was launched in February and recently reached its planned orbit at the first Lagrange point or L1, about one million miles from Earth toward the sun. It’s from that unique vantage point that the EPIC instrument is acquiring science quality images of the entire sunlit face of Earth. Data from EPIC will be used to measure ozone and aerosol levels in Earth’s atmosphere, cloud height, vegetation properties and the ultraviolet reflectivity of Earth. NASA will use this data for a number of Earth science applications, including dust and volcanic ash maps of the entire planet.

"This first DSCOVR image of our planet demonstrates the unique and important benefits of Earth observation from space,” NASA Administrator Charlie Bolden said in a statement. “As a former astronaut who’s been privileged to view the Earth from orbit, I want everyone to be able to see and appreciate our planet as an integrated, interacting system. DSCOVR’s observations of Earth, as well as its measurements and early warnings of space weather events caused by the sun, will help every person to monitor the ever-changing Earth, and to understand how our planet fits into its neighborhood in the solar system.”

Even from a million miles away, you can read that, if you'd like, as a giant middle finger being held up to Ted Cruz.