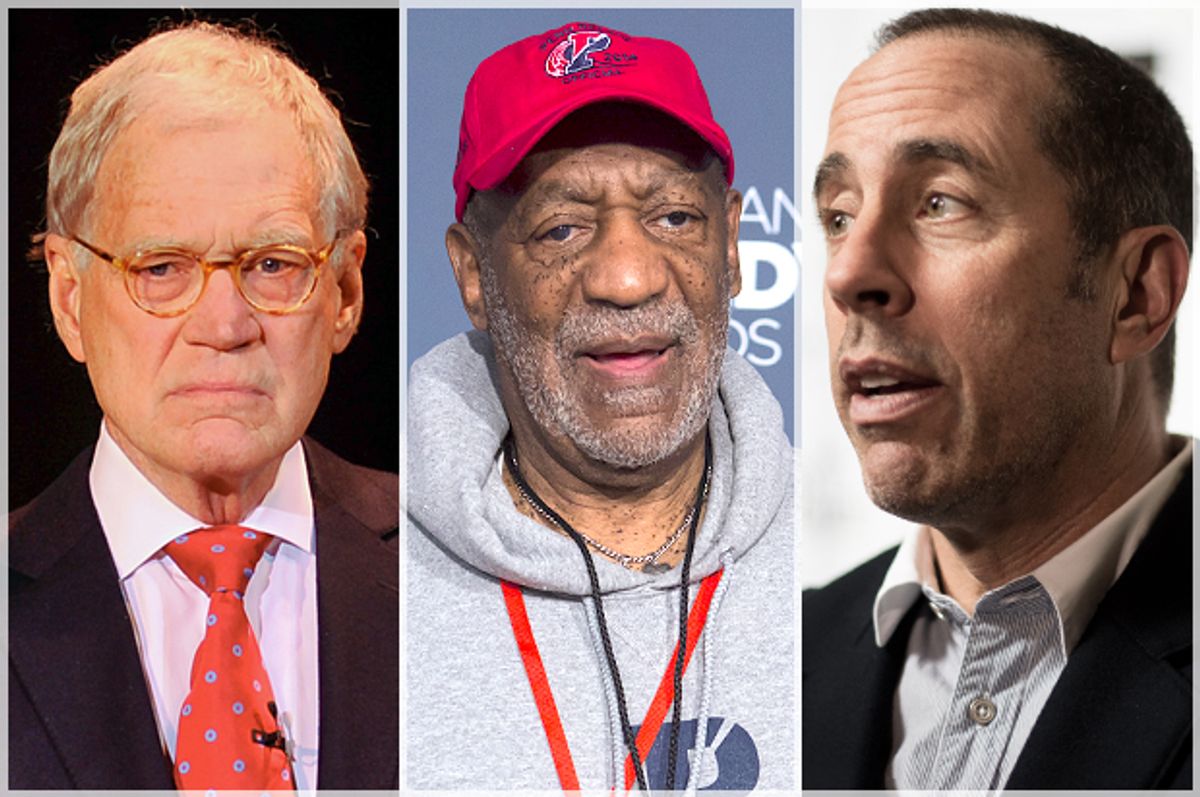 What's left for Bill Cosby to lose at this point, you ask? Well: the glowing endorsements of Jerry Seinfeld and David Letterman, for one. Both of whom, according to The Hollywood Reporter today, have asked that their quotes be removed from Mark Whitaker’s 2014 Cosby biography titled "Cosby: His Life and Times."

The biography, which also features high praises from Mary Tyler Moore and Billy Crystal, hit shelves Sept. 16 -- well before a reopened deposition revealed that Cosby had confessed to drugging women for sex.

Seinfeld is featured in the biography, offering up this precious statement:

“I know certain religions forbid idol worship. If anyone ever told me I had to stop idolizing Bill Cosby, I would say, ‘Sorry, but I’m out of this religion.’ So if you want to join the Religion of Cosby, as I did back in 1966, Mark Whitaker’s wonderful new book would be our Bible."

With all that's transpired, it makes sense Seinfeld -- whose quote is still prominently displayed on the back cover -- wouldn't want to be associated at all with Cosby. Same goes for Whitaker, the author behind the biography, who has recently come under fire for his lazy reporting job; the book completely fails to address Cosby's history of sexual assault.

“We were unaware that those quotes were still in circulation, and are asking the publisher to refrain from their future use," a rep for Letterman and Seinfeld told THR.