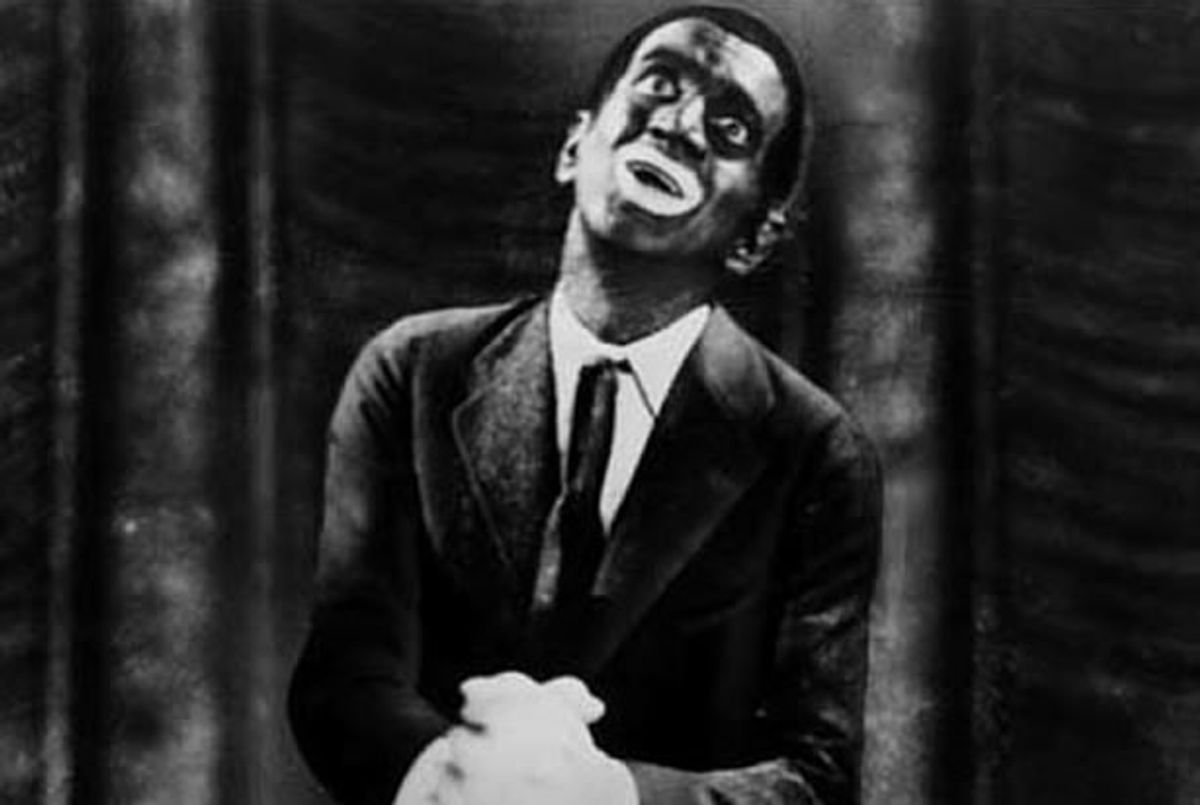 A fundraiser for the "Baltimore 6" -- the police officers charged in the death of 25-year-old Freddie Gray -- will feature a blackface performance by a former police officer who was compelled to leave force in 1984 for performing in blackface, Ebony's Jamilah Lemieux reports.

Among the list of entertainers on the invitation to the fundraiser is one "Bobby 'Al Jolson' Berger -- out of retirement," which as Lemieux noted is one of the stranger ways "to raise funds for a group of police implicated in the death of a black man." When she contacted number listed on the invitation, however, she discovered why Berger had been booked -- "I'm hosting the event," he told her.

"I was a Baltimore city policeman," he said by way of explaining why he was hosting the fundraiser, "and then I had no income, no insurance, and a wife and child. We’re trying to get something together for them for Christmas."

Berger claimed that while he knows "it sounds crazy," there's no racial dimension to blackface performances, and that the fact that black people -- including former heavyweight boxing champion Joe Frazier -- attended his show without taking offense proves as much. "The only thing I can tell you is that the heavyweight champion of the world isn't going to stand by and watch me mock Black people," he said, adding that neither Montel Williams nor Ben Vereen were offended by it either.

Lemieux asked whether he considered it inappropriate to perform in blackface given "the racially-charged nature of the Gray case and ensuing civil unrest," and he dismissed the notion out of hand.

"There's not a prejudiced bone in my body," Berger said. "I would never do anything to insult anybody. I wouldn't do that show if I thought it was insulting." He explained that it simply "feels like the right time to put some money in these family's pockets."

As for those who do find it offensive, Berger said "it's just make-up, there's no jokes, no buffoonery. If that bothers you, don't buy a ticket."