Obama never thought Stewart would be leaving before him 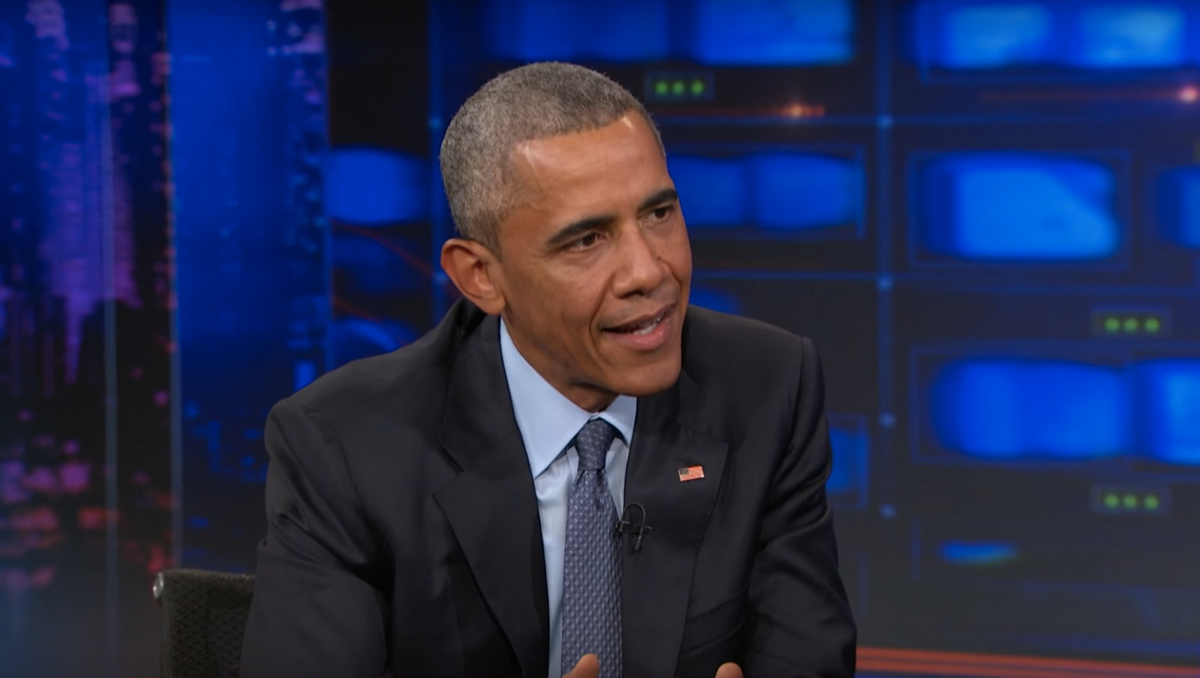 Sure, President Obama's farewell to Jon Stewart was no "Stephen Colbert farewell." Which is to say: POTUS -- who has made seven appearances on "The Daily Show" during Stewart's 16 year-residency --  at no point turned the tables on the host to give him a good roasting.

The president's homage to Stewart, instead, took another form: a threat.

"I can’t believe you’re leaving before me. I’m going to issue an executive order," Obama told Stewart as the studio audience erupted in giggles. "Jon Stewart cannot leave the show. It’s being challenged in the courts."

"To me this is a states' rights issue," Stewart said.

Stewart's last day with "The Daily Show" will be Thursday, Aug. 6.  Check back with Salon in the finals weeks leading up to his departure as we revisit a "Daily Show" classic, spanning the host's 16 year-career, each day.

Watch the extended interview courtesy of Comedy Central below: