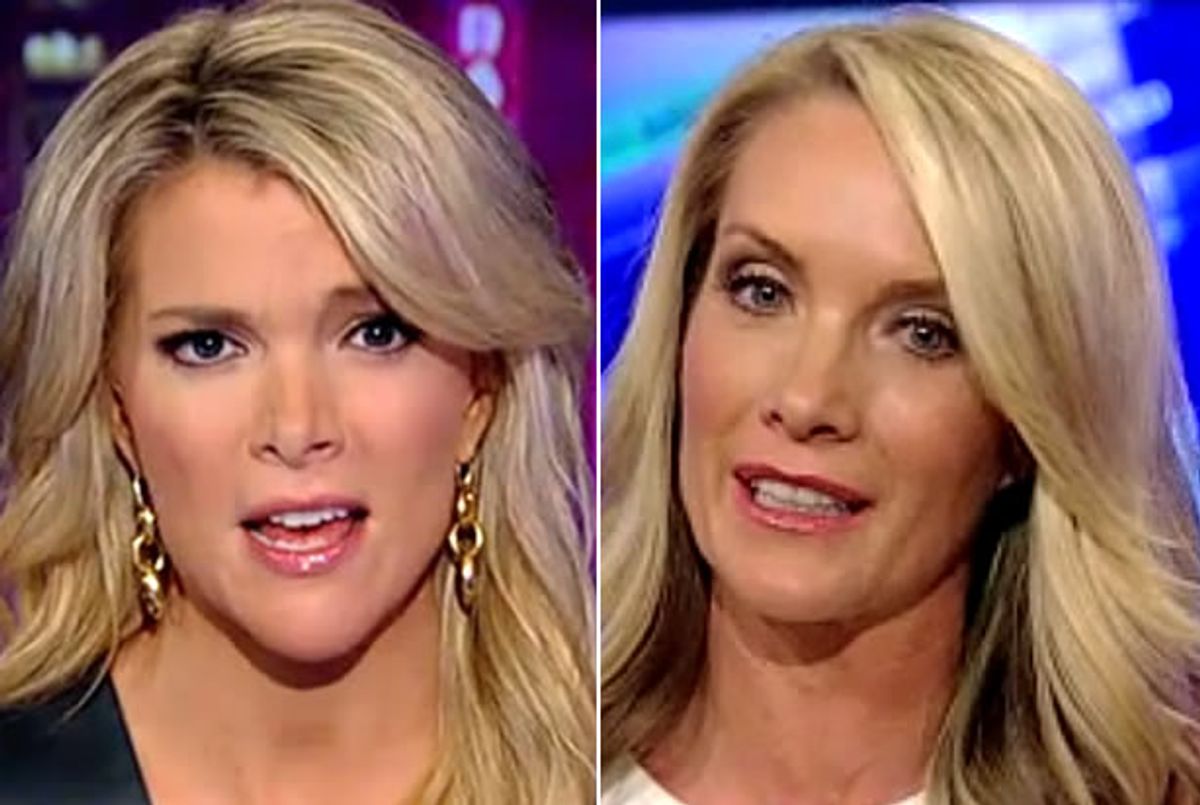 After largely ignoring the story as it broke, the network apparently decided that her death could be cudgel to remind its viewers that Clinton is actively campaigning to become president of the United States, and that as such a person, it's incumbent upon her to issue statements concerning topics of interest to potential voters.

Or, as translated by a former White House Press Secretary in the Bush administration, "Clinton's going to be in the fight of her life in this election, and one of the things she's going to have to do is turn out African-American voters. They turned out in big numbers for Obama both times, and that kind of enthusiasm, will it exist for Hillary Clinton?"

"I think she's banking on it being less," Dana Perino continued, "and I think the pandering and jumping ahead of an investigation, and basically blam[ing] an entire police force" is an attempt to amp up support among potential black voters.

Clinton's actual statement doesn't actually "blame an entire police force" for Bland's death. "I hope and expect that there will be a full investigation into this situation," she said. "It is also a tragic reminder of the ongoing systemic issues of race and justice in America that we must address with urgency, and we have to do more than talk -- we have to take action."

That boilerplate statement assigned no blame, it merely called for an investigation. But it wasn't nearly so anodyne to Megyn Kelly's ears. It "was a blatant attempt to insert herself into a situation, to pander," she said.

Perino agreed, saying Clinton's "lacking judgment in what to comment on," and "going too far -- I hope going forward that she would take a moment to use some judgment and discernment, take a pause, before basically indicting police forces all across America."

Kelly and Perino continued to speculate as to why Bland's arrest wasn't related to race -- "Maybe the officer's a hothead!" Kelly declared -- before turning to the subject of whether Clinton's "politicizing the issue [is a] comfort to the grieving family." That would be the same family, remember, that called for a federal investigation in Bland's death last week. But Perino would rather not remember that, as she was intent on pillorying Clinton for speaking on a matter "with no federal nexus."

Unmentioned throughout the conversation, of course, is the fact that both Kelly and Perino would prefer Clinton not attempt to reach out to potential African-American voters. They're not going to be voting Republican, after all, but the GOP needs them to stay away from the polls if its candidate has any shot at winning the White House.