Time to retire "haters gonna hate": With Taylor Swift's apology, the bright new post- "Shake It Off" era is born

It's dishonest and lazy to spin legitimate criticism as mindless trolling 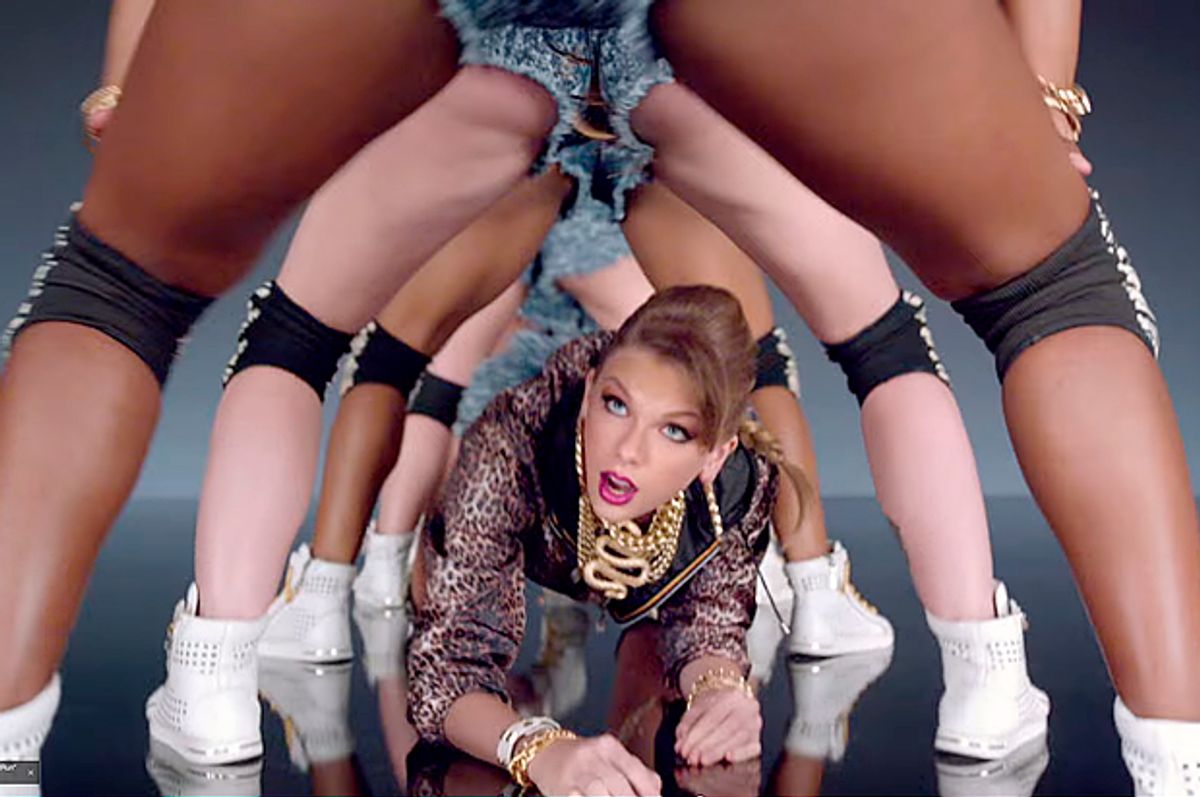 Though she didn't invent the phrase, Taylor Swift has done more than anyone to spread the words "haters gonna hate" around, especially on the Web. Her "Shake It Off" video, which accompanied the song from last year's "1989" album, offers forced rapping, what may be excerpts from "The Black Swan," something resembling twerking, and lines like this:

But I keep cruising
Can't stop, won't stop moving
It's like I got this music
In my mind, saying it's gonna be alright
Cause the players gonna play, play, play
And the haters gonna hate, hate, hate
Baby I'm just gonna shake, shake, shake
Shake it off

And thus was a meme that for about a decade had been part of hip-hop culture, where it mostly had to do with envy, launched like a rocket into the preteen suburban bedrooms. It's one of the most annoying phrases in the English language, because it basically reduces any criticism -- constructive or otherwise -- to "hate," and makes it sound like the commentator is some kind of pathological rage-aholic. Since such people actually exist -- on Twitter, in real life, and everywhere in between -- it's the kind of smug catchphrase that sounds like it's addressing a problem while it actually does nothing.

Worst of all, especially when used by people like gazillionaire rappers and ubiquitous megastar figures like you-know-who, it's a way rich, powerful people make themselves sound like victims. Mixed review of a record or movie? Haters gonna hate! Star caught doing something embarrassing? Well, hater's gonna hate, you know. (We're just glad George W. Bush was out of office before the phrase really broke out -- it began to take off around 2010.)

I'm not the only one who despises this little meme. Here's Tim Teeeman:

“Haters” is now an all-purpose word used by those feeling “hated” toward those who don’t automatically fall down to worship their pedicured feet, or divinely anointed heads... “Haters gonna hate” makes the person who says it into an automatic martyr, persecuted, misunderstood, maligned. It is the weary conversation-closing rejoinder to anything anybody doesn’t feel much like addressing. It says both “Don’t criticize me” and “I won’t be criticized.”

As much as I dislike this phrase, I'll be fair, too: Though Taylor Swift did a lot to popularize the phrase, her recent apology to Nicki Minaj shows that she doesn't entirely believe what it says. "I thought I was being called out," Swift tweeted after the Video Music Awards mess. "I missed the point, I misunderstood, then misspoke. I'm sorry, Nicki."

Was this Swift herself, or was it her team, which is clearly one of the most disciplined and social-media-savvy outfits on the planet? Probably the latter. But either way, it shows the opposite of a haters-gonna-hate dismissal.

The thing is, sometimes it's not just about hate, or the other person being truculent. Sometimes, you do something thoughtless, or dumb, or short-sighted, and the way to respond when called out is to think about it a bit. And explain it, or defend yourself, or whatever. Just dissing and dismissing critics as "haters" doesn't really get any of us anywhere.

It's something Lena Dunham seemed to understand when she apologized for her glib comparison of the mess around Bill Cosby to the Holocaust, or for her light use of the term "sexual predator" in her memoir. Dunham is in the business of being defiant, but here she was also reflective and responsible. Similarly, Amy Schumer went through numerous responses to charges that her comedy was insensitive on racial matters. They ranged from defensive to apologetic, but it was never "haters gonna hate." It ended up being a real, more-or-less grown-up  conversation.

If the gods of slang are listening: Let's retire this trite, overused meme as soon as possible.