Wyatt Cenac: Jon Stewart told me to “f*ck off” after I challenged him on racially charged impression 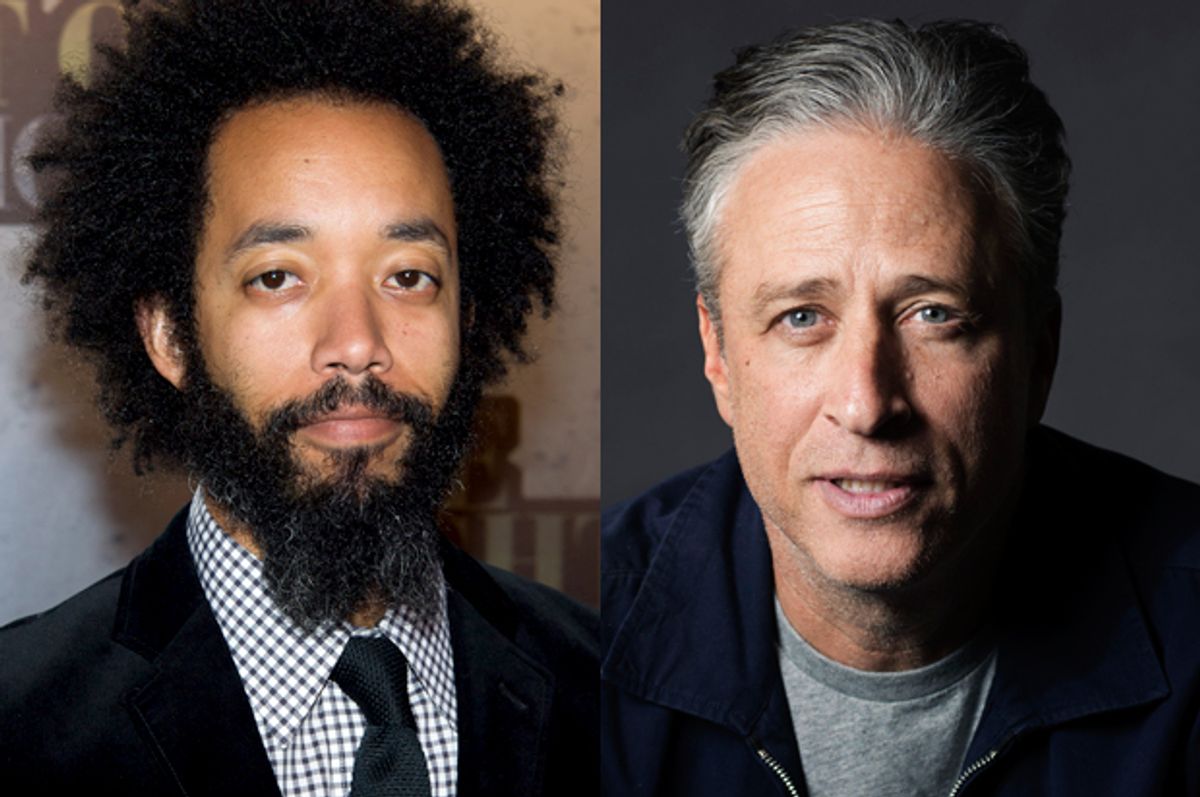 In the weeks leading up to Jon Stewart's departure from "The Daily Show," we will inevitably be hearing many glowing endorsements of the fake-news host of 16 years. (Even resident "Daily Show" nemesis Donald Trump has joined the chorus today with an "I like Jon Stewart — I think he’s good.")

You won't be hearing one from Wyatt Cenac, the writer and correspondent who worked under Stewart at "The Daily Show" for more than four years. Cenac was the only black writer for the entirety of his stay and, appearing on the "WTF" podcast this week, told Marc Maron that he saw a side to Stewart that few have seen when he dared to speak up about a segment he felt was racially insensitive.

The segment Cenac was referencing, as many will remember from Fox News-related fallout, aired during the summer of 2011 and featured Stewart mocking Herman Cain's speaking voice.

Cenac said that he was on a field assignment when the segment got the "go-ahead" and that he remembered thinking the bit was "naïve" and "ignorant."

When Cenac returned, he decided to speak up at a writer's meeting.

"[Stewart] got incredibly defensive. I remember he was like, What are you trying to say? There’s a tone in your voice. I was like, 'There’s no tone. It bothered me. It sounded like Kingfish.' And then he got upset. And he stood up and he was just like, 'Fuck off. I’m done with you.' And he just started screaming that to me. And he screamed it a few times. 'Fuck off! I’m done with you.' And he stormed out. And I didn’t know if I had been fired."

Following the incident, Stewart apparently apologized for the blow-up, but it seemed all too little, too late. Cenac said he had to step out that day because he was so devastated.