Clinton stopped by "The Daily Show" in the wake of California's baffling, historic 2003 recall election 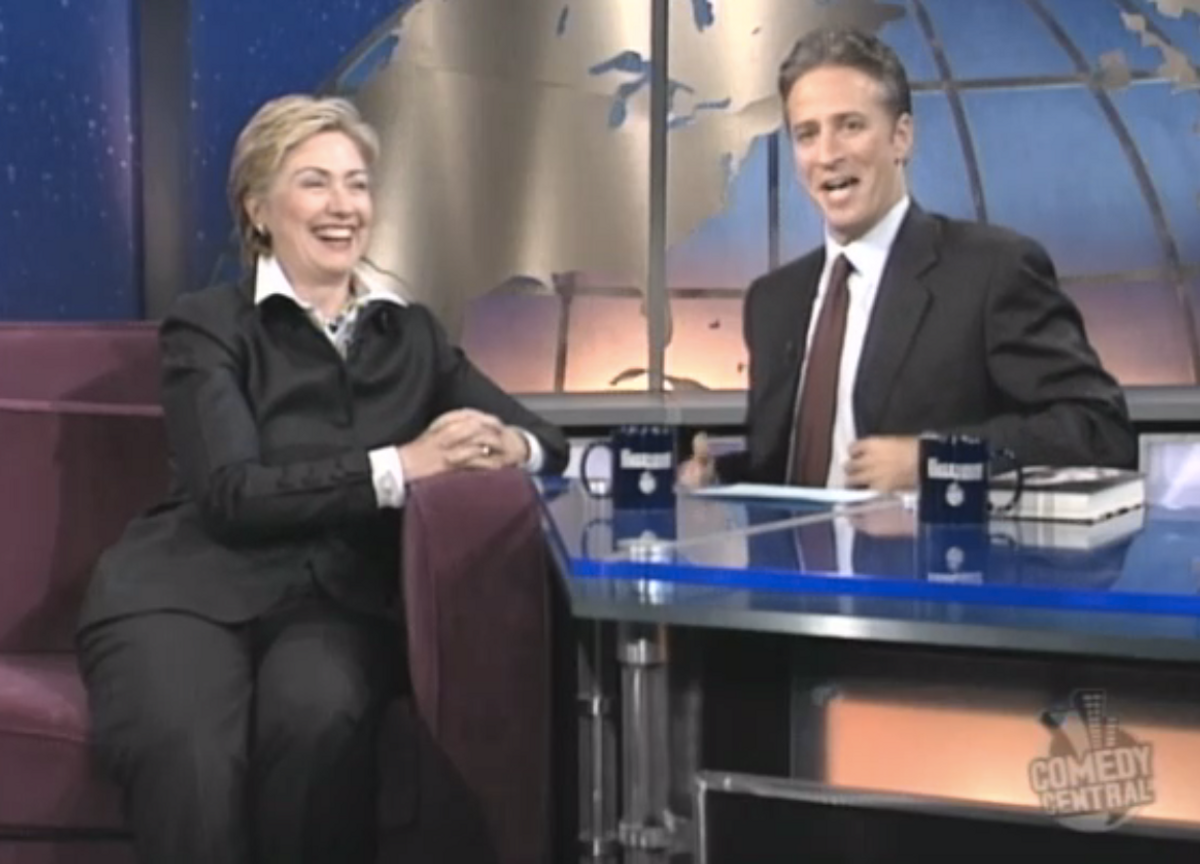 Today, we look back at Hillary Clinton's interview from March 2003:

When Senator Hillary Clinton dropped by "The Daily Show" to plug her book "Living History" back in March of 2003, it seemed all anyone wanted to talk about (including Jon Stewart) was the political tumult in the state of California. What was going on over there? Had a historic recall election actually resulted in Arnold Schwarzenegger (The Terminator!?!?) becoming the governor of the major U.S. state? Was this some kind of sick joke?

Asked how she felt about the surprising turn of events, Clinton said she didn't believe the recall was a "good idea" -- but she conceded: "It's up the people of California! And I wish them well now. They've got a lot of big problems out there now."

"I think that's probably why they have a cyborg taking care of it," Stewart quipped.

Clinton chimed in: "I am really worried about serving in the Senate with The Predator."

The "Daily Show" host then dug into a popularly held belief of that time: Would the recall election send "shockwaves to the political system" and cause elected officials to fear making unpopular decisions?

Nah, seemed to be the gist of Clinton's response, who went on to explain that this was just part and parcel with the task of being a politician. "People in politics have a hard time bucking trends and making unpopular choices anyway," she said.

Clinton did not seem entirely receptive to Stewart's suggestion that we all just "chew off at the border" and let California go, but she did have some wise words on what she suspected was fueling Stewart's "competitive" energy.

"The thing about New York and California, is that there's such a dynamism and a competition between the two states, so we're always trying to figure out who has a better claim on the future."

She continued: "I think Californians are making this decision as a way of saying 'Look we've gotta get someone's attention. Things are not working here.'"

Little did Clinton know that, 13 years later, things were going to get so much weirder than Arnold taking over California; in a presidential election, she'd be facing off against "The Trumpinator" for executive power over the entire country.