WWE has reportedly cut ties with Hogan, promptly wiping all mention of his name from its website 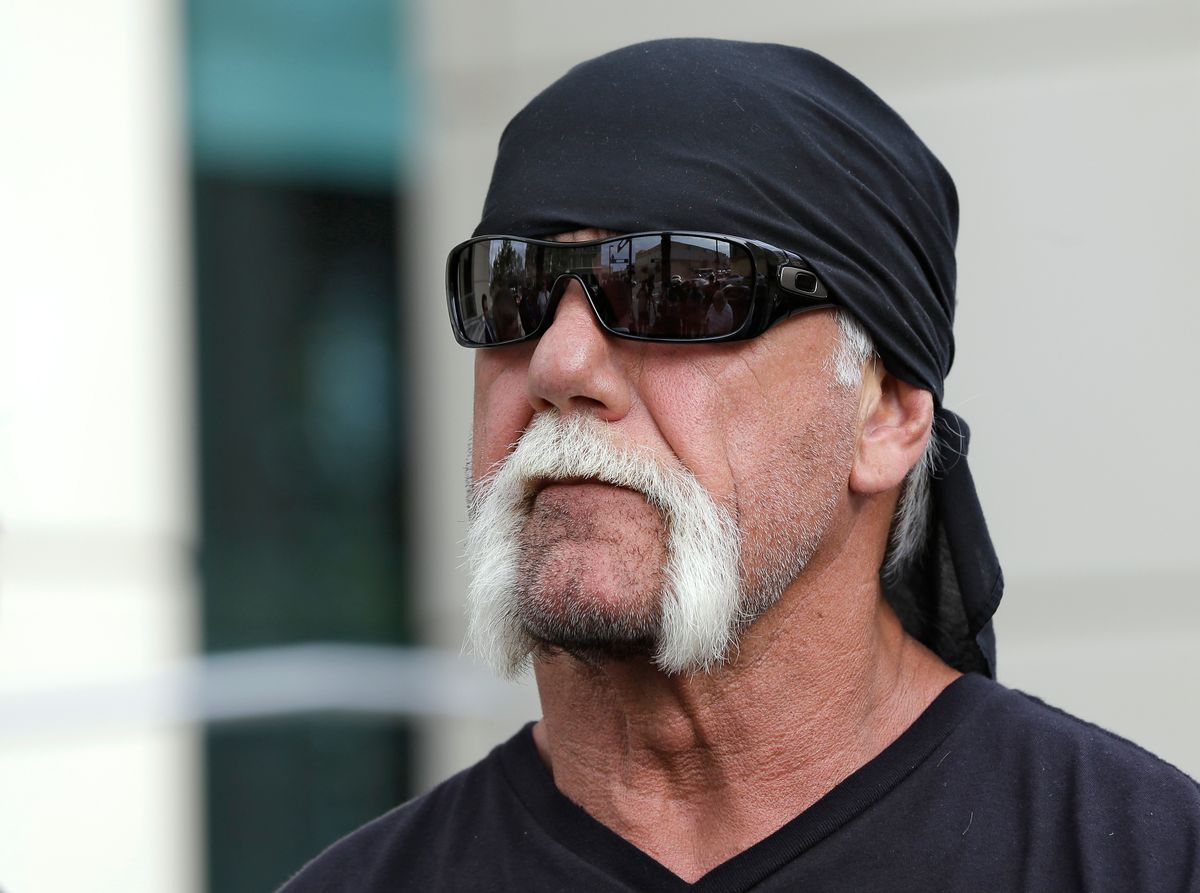 UPDATED: WWE has issued the following statement to Salon.com about Hulk Hogan's termination:

"WWE terminated its contract with Terry Bollea (aka Hulk Hogan). WWE is committed to embracing and celebrating individuals from all backgrounds as demonstrated by the diversity of our employees, performers and fans worldwide."

Hulk Hogan, the professional wrestler set for trial next month with Gawker Media, is finding himself embroiled in yet another national controversy this week.

Late Thursday night, WWE reportedly cut ties with Hogan, promptly wiping all mention of Hogan's name from its website. In addition, WWE.com no longer lists the wrestler's Hall of Fame page or sells any of his merchandise.

Complex adds that Hogan is no longer listed as a judge for the reality show "WWE Tough Enough," which is in the middle of filming its current season.

National Enquirer (so, take with a grain of salt) has just reported the following details:

"In a shocking world exclusive, The National ENQUIRER and RadarOnline.com – in a joint investigation – has learned that sordid pillow talk caught on an unauthorized sex tape includes a revolting conversation in which the pro wrestling icon unleashed a filthy bigoted attack, littered with the N-word and other disgusting racial insults.

The star of the WWE – whose real name is Terry Bollea – directed his vulgar and prejudiced hatred at his daughter Brooke, who he accused of sleeping with a black man."

"On WWE.com, Hogan is no longer listed on the WWE Hall of Fame page, and all of his merchandise has also been removed from WWEShop.com. The only thing currently remaining that mentions Hogan involves WWE’s upcoming Australian tour, which Hogan was scheduled to take part in as general manager. However, when any attempt to access this page is made, a message appears stating “you are not authorized to access this page."

While WWE has yet to issue a statement on the situation, rumors are already swirling that Hogan's termination involves recently surfaced audio of the pro-wrestler going on a "racial tirade."

The audio comes from a radio interview from October 2012, in which Hogan appears on DJ Whoo Kid’s radio show "Whoolywood Shuffle."

At one point in the interview, DJ Whoo Kid pivots the conversation to discuss that time Booker T called Hogan the n-word.

Here are the excerpts from that interview, which The Daily Beast has singled out:

“Well, Booker T used to do that to me, and every time I pull up YouTube there’s that famous thing with Booker T and his brother is there and they’re all talking trash, and Booker T says, ‘I’m coming for ya Hogan, you nigger’—and not ‘n***a,’ he goes ‘n***er,’”

“And it’s still so cool, because the whole time I was down in Miami when I lived there, you know, everybody—I’d walk into the [DJ] booth and all of a sudden I’d bump into this guy and The Game’s in the booth, it’s all black and he’s got his BlackBerry, and I bump into him and he goes, ‘What’s up, n***a?’ and I said, ‘Oh, excuse me, bro!’ And he says, ‘No, it’s all cool,’” said Hogan.

He continued: “And everybody down there—Lil Wayne, Birdman—they’re all calling me ‘n***a,’ and then I started sayin’ it. And I always said it, but now all of a sudden I get heat when I say it, and they say, ‘Hogan, you can’t say that,’ so I say, ‘Why can they say it to me then?’”

In the early hours of the morning, Hogan issued a statement on Twitter responding to WWE's announcement that they'd be cutting ties.

This is a developing story. Check back with Salon.com for more updates.