Hulk Hogan apologizes for "n-word" audio: "This is not who I am" 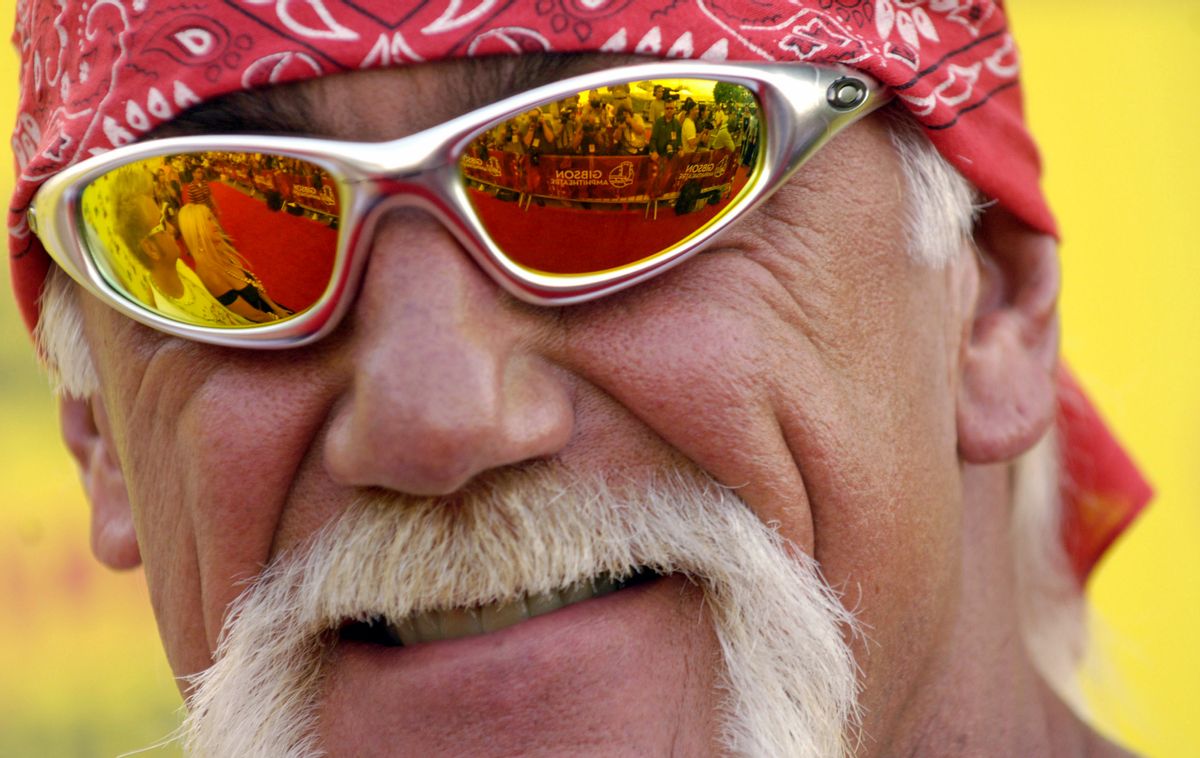 In the transcript, posted by The National Enquirer Friday morning, Hogan is heard using violent racial slurs in conversation with his daughter, Brooke.

"Eight years ago I used offensive language during a conversation," Hogan told PEOPLE. "It was unacceptable for me to have used that offensive language; there is no excuse for it; and I apologize for having done it."

"This is not who I am," he continues. "I believe very strongly that every person in the world is important and should not be treated differently based on race, gender, orientation, religious beliefs or otherwise. I am disappointed with myself that I used language that is offensive and inconsistent with my own beliefs."

Hogan's lawyer shares a very different version of how the pro-wrestler ended his relationship with WWE, telling PEOPLE that Hogan "resigned" from the organization out of respect to his family ("he didn't want to put them or his family through this"); WWE tells Salon.com, however, that the organization "terminated" its contract with Hogan.

"WWE is committed to embracing and celebrating individuals from all backgrounds as demonstrated by the diversity of our employees, performers and fans worldwide,” a spokesperson wrote.