The administration's plans will help, but they're just a start, Rutgers University's Paul Jargowsky tells Salon 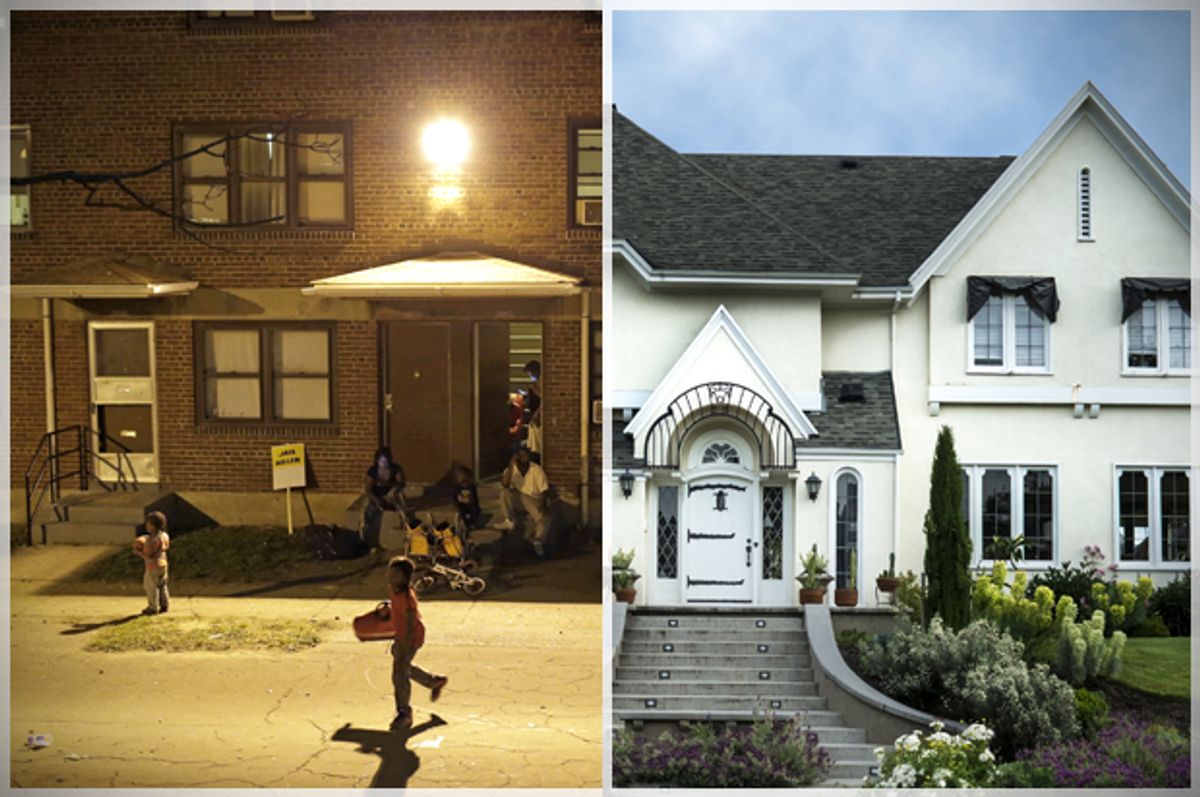 After spending most of his first term trying to avoid the subject — and being occasionally reminded why such avoidance was necessary — President Barack Obama has been tackling issues of race head-on. He’s done this with symbolic gestures, like becoming the first sitting president to visit a federal prison or singing “Amazing Grace” at a historically black church. And he’s done it with policy moves, like commuting the sentences of 46 nonviolent offenders, too.

But while all of these actions received attention and inspired thoughtful commentary, one could argue that one of the Obama administration’s most significant moves when it comes to anti-racism is, outside of policy wonk circles, going largely unnoticed. Earlier this month, the administration announced a new initiative intended to reverse some of the racial segregation that has long characterized housing in the United States. The plan is to provide much more information to local authorities about segregation in their communities; and then to use a mix of carrots and sticks to encourage them to reduce it.

Because we were interested in hearing an expert’s opinion on the administration’s proposals, Salon recently spoke over the phone with Paul Jargowsky, who is a professor of public policy at Rutgers University and the author of “Poverty and Place: Ghettos, Barrios, and the American City.” Our conversation is below and has been edited for clarity and length.

Now that you've had some time to look it over, what are your thoughts about the administration's plans to decrease segregation?

I think it's really long overdue. It's been something that's been talked about in a vague way for a very long time, with virtually no follow through since the early days of the legislation.

I can remember going to meetings during the early days of the Clinton administration, and the purpose of the meeting was what HUD [the United States Department of Housing and Urban Development] could do to affirmatively further fair housing. I remember at that meeting there was a lot of discussion about doing what they're doing now, in terms of releasing the rules. At that meeting, I pointed out that one of the first things that HUD could do was to require local public housing agencies to desegregate their own projects, the ones that they control. At that time, and still to a large extent, the public housing projects are segregated. They seem to have family housing projects that are all minority and elderly housing projects that are either all-white or segregated by location.

In the Clinton administration, you did see a couple attempts to go after local public housing agencies that were the worst offenders. There was one in Vidor, Texas, I believe, where they brought in action against that public housing agency. But then, it faded away again and you didn't see much enforcement, certainly not in terms of the more scattered site developments and forms of housing assistance. There wasn't much attention paid to whether or not they were helping to desegregate cities.

This initiative is in some sense an attempt to make good on the goals set by the Fair Housing Act back in 1968. Why has it taken so long for efforts like this to reach the suburbs?

There's a real tension between wanting to see more construction for affordable housing in the inner cities, which often are places with Democratic elected officials. There's some political pressure within the Democratic Party to continue to put fair housing within those Democratic areas as opposed to trying to go and provide more affordable housing in the suburbs, which would do more to help desegregation; but this is resisted by political groups that control the suburbs. It's almost like the path of least resistance is to continue to put them in the place where the local political leaders want them and support that.

Is the administration endorsing any view or theory of segregation in particular with this plan? Or is it more of a grab-bag of ideas?

I don't see that as endorsing or coming from a particular point of view about the sources of racial segregation, but I think it's quite clear that at least partly it's driven by the pattern of existing housing. If you look at how housing has been constructed, and I'm talking both private market and subsidized housing, over the last decade, that provides a framework within which people have to find their units. If we're talking about a group of African Americans, who on average have much lower income than whites, if the housing they can afford is all within either the central cities or the older inner ring suburbs, that's going to be a constraint on the ability to reduce segregation.

So in some sense it's an attempt to do what should've been done long ago?

Think about it for a minute: At the beginning of the big wave for suburbanization, if there had been in that point in time a concerted effort to make sure that all these new communities that developed had a wide range of housing types, we could have in the process of suburbanizing really achieved a remarkable amount of desegregation. At that time, going back to the 1970s, cities were highly segregated, so all you had to do was desegregate the suburbs at that period of time, and you would've seen a lot of progress. Instead, we've perpetuated segregation by creating mostly white, mostly wealthy suburban enclaves around the major metropolitan areas. It was a real missed opportunity. George Romney — Mitt Romney's father — was the one person who was really fighting for that. But the Nixon administration did not support him and in fact prevented him from taking steps that would have made a real difference here.

How much of a difference do you think these rules will make?

I certainly think that to the extent that we're spending public money on these units, they should be done in a way that advances access to opportunity and makes the most effective use of the public dollar. But the biggest story here, in the end, is really the private market and exclusionary zoning, and discrimination also in the private housing market. That's the big one, and this won't really change that. I'm certainly in favor of what HUD is doing now with this rule, and I think it will make some difference at the margin, but it's not a big enough program overall to move the needle very much.

Let's say I made you King of the World; what would you do to move that needle?

There are two things that would need to happen. One is that when we look at the growth of the new housing stock in the suburban areas, it should not be faster than is needed to accommodate the population growth in metropolitan areas. We had for a period, especially from 1970 to 2000, a little bit less so recently, in that period, the suburbs grew at an enormous pace at the same time that the central cities and the inner ring suburbs are losing population. So that growth was cannibalistic. The growth in the new suburbs was coming at the expense of the existing central cities in the older suburbs. We were subsidizing that growth with infrastructure—the roads and the sewers and the schools and everything these new neighborhoods connected to.

At the same time, we were underutilizing the infrastructure in the central part of the metropolitan areas. There has to be some overall constraint on pace of suburban growth, and the second thing would be that every suburban jurisdiction, every town and place that's growing, has to include in its housing stock as it develops a full range of housing types that would accommodate roughly the distribution of income that exists within the metropolitan area. If you did that, within decades, new housing would accommodate a greater degree of racial and economic integration than it does now.