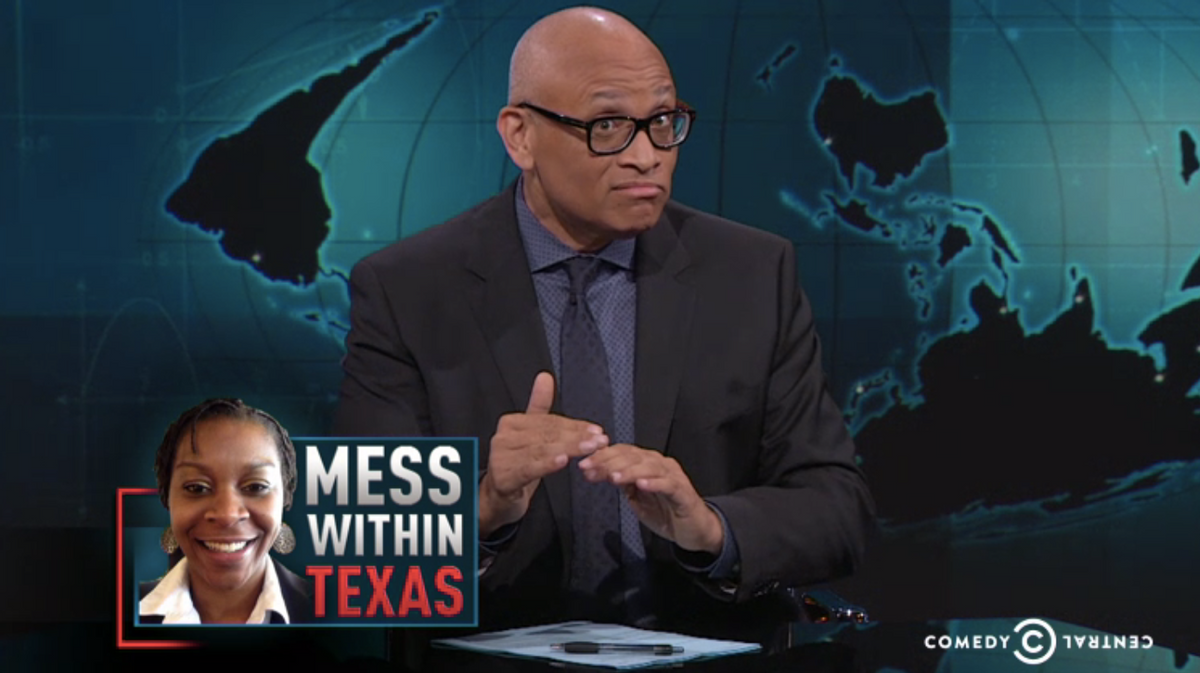 On Thursday night's "Nightly Show," Larry Wilmore weighed in on the tragic and baffling death of Sandra Bland, a Chicago civil rights activist who was pulled over -- and subsequently sent to jail -- by a cop for allegedly failing to signal a lane change.

The "Nightly Show" host rolled the recently released dashcam video, which shows Bland forcefully being removed from her car when she questioned the cop's unlawful acts.

Wilmore told viewers he took major issue with the way that the cop seemed to deliberately provoke her -- opening the floor to Bland and then completely shutting her down with an "are you done?" Bland had done everything she'd been asked to do by the cop. She'd pulled over when signaled to do so, and spoken when she was asked to.

The host went on to explain that there's an unrealistic expectation that black people should act like the "Dowager Countess" in "Downton Abbey" when pulled over by a cop.

“‘Hello, officer, I’m so pleased you unexpectedly dropped in on me,'” Wilmore said in a British accent. “‘Would you like some tea? I brewed it in my glove compartment here.'”

"The fact that we live in a world where black people have to strategize so they’re not brutalized by police is insane," Wilmore said.

Watch the clip below courtesy of Comedy Central below: