Stop executing the mentally ill: The real story of the death penalty and our broken criminal justice system

We're killing people who do not even know they are on death row. Basic humanity and morality demands a new approach 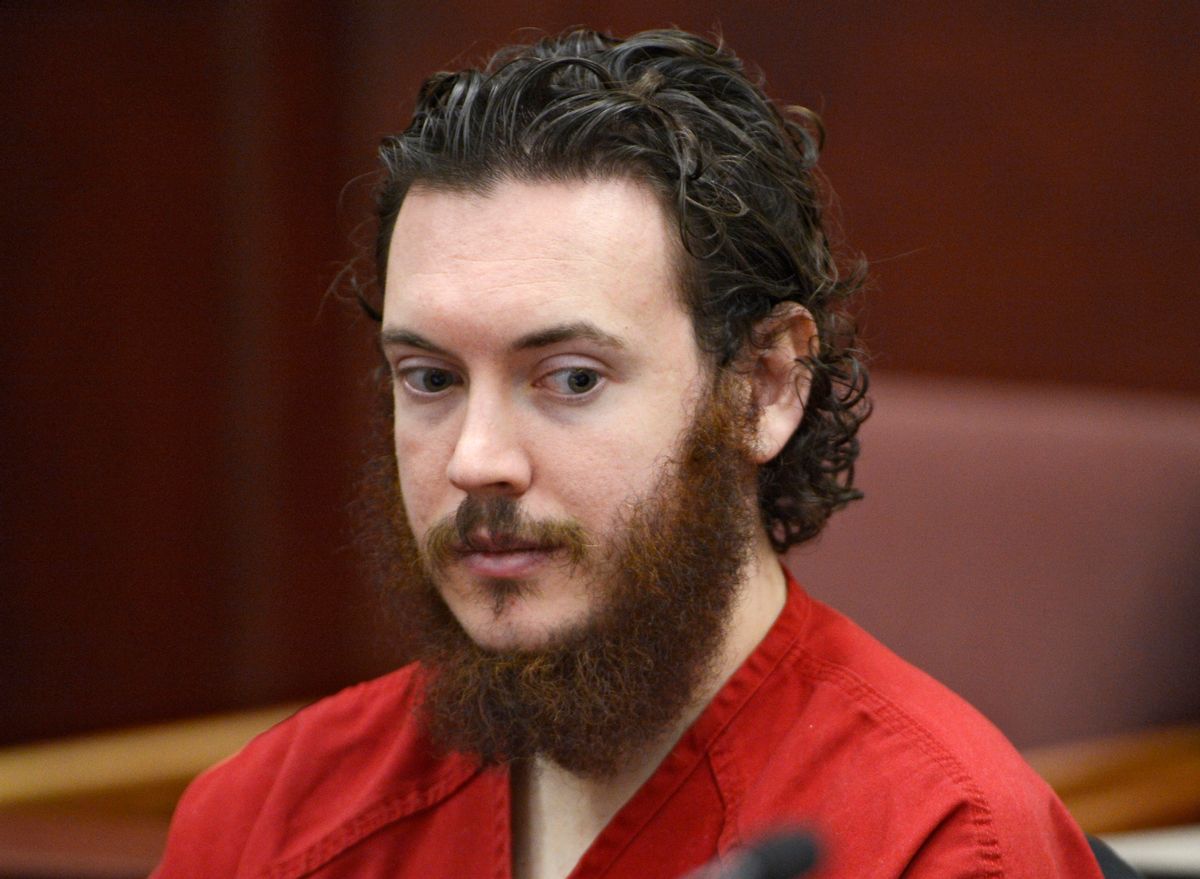 Aurora theater mass shooter James Holmes, who was convicted on July 16, 2015, appears in court, in Centennial, Colo. Even if Holmes is sentenced to death, he could spend much of the rest of his life in prison awaiting execution. Colorado has executed only one person in the last forty years. (AP)
--

On July 16, a jury in Aurora, Colorado, found James Holmes guilty of murder in the first degree for gunning down 12 people in a crowded movie theater. They also found him guilty of injuring 70 others—guilty on all 165 counts. There is no doubt that Holmes committed the brutal attack. The primary question for the jury to consider was his sanity. Defense attorneys and their expert witnesses argued that Holmes is schizophrenic and, therefore, did not know what he was doing. The prosecution and its witnesses maintained this was a carefully planned massacre. Now phase two of the trial will begin—the penalty phase, a mini trial that could last another month. The jury will hear from more psychiatric experts, from family members of the dead, and from those who survived the attack. The jury must decide whether Holmes should die by lethal injection or spend the rest of his life in prison.

Ten years ago in Somers, Connecticut, I watched Michael Ross die from lethal injection. From 1981 to 1984, he had brutally raped and murdered eight young women. Yes, he was a serial killer, but his case shows how broken our criminal justice system is when it comes to capital punishment and mental illness.

After his arrest in 1984, Ross was diagnosed with a paraphiliac disorder, a condition in which one’s sex drive is attached to an abnormal behavior such as fetishism or pedophilia. Ross’s disorder was sexual sadism or the compulsion to degrade and murder women to achieve sexual climax.

According to Dr. Fred Berlin, head of the National Institute for the Study, Prevention and Treatment of Sexual Trauma at Johns Hopkins, who examined Michael and testified as his expert witness, “When that powerful sex drive gets attached to the wrong types of persons, such as children, or attached to the wrong types of behaviors like sadistic behaviors, it still craves satisfaction, and it craves it in a way that when satisfied is going to cause great danger.” Every psychiatrist—including the state of Connecticut’s own expert--agreed that he had a mental illness and should not be given the death penalty. Is that an excuse for what he did? No, but in Michael’s mind his acts of violence were integrally connected to his compulsion. He desperately wanted to believe—and have others believe—that his mental illness drove him to kill.

Medical experts sometimes disagree about whether those who inflict pain or kill are driven by an uncontrollable compulsion or by choice. Michael’s positive response to Depo-Provera and Lupron Depot drug treatments, female hormones that prevent the production of testosterone, suggested that his compulsions and violent sexual fantasies were real and could be controlled with medication.

When his death sentences were overturned in 1994, Michael announced that he didn’t want another trial. “I have already caused enough pain. I want to end it,” he explained to me. He was willing to accept death because he wanted to spare the victims’ families any more pain. As a reporter covering the case, I saw all too vividly the pain and suffering of the parents and loved ones of the women he murdered. Even as an ardent opponent of capital punishment, I could understand why they wanted him to die. I also understood why he thought a new jury would ignore his mental illness.

The Connecticut statute he was tried under said that even one mitigating factor—a reason for mercy—would automatically preclude a death sentence. Mental illness was an automatic mitigant. Though no doctor could definitively say what caused his mental illness, their diagnoses were the same. So why was he given six death sentences in 1987 and then again in 2000 even though all experts agreed he was mentally ill?

The balancing act jurors are asked to conduct is sometimes a moral dilemma, rather than a legal or medical one. They are told to weigh the heinous nature of crimes against mitigating factors such as mental illness. They are put in an impossible position of playing God in their final judgment. In Connecticut, mental illness was an automatic mitigant and a reason to eliminate a death sentence. In Michael’s case, that very fact should have spared his life. The number of women he murdered, however, caused two juries to decide on death. When there are so many victims, juries are not usually willing to believe doctors and spare a life. Juries want, even need, to make sure people are punished for violent crimes.

When I first met Michael Ross I, too, had a hard time deciding if he was mentally ill. I spent many years talking not only to him, but to expert psychologists and psychiatrists about his pathology. By the time he died, there was no doubt in my mind that his mental illness was real and that under the law he should not have been sentenced to death. He could have appealed his death sentences and still been alive today, but he was convinced that because his case was so high-profile, no jury would spare his life—and he may have been right.

The police reported that after his arrest, James Holmes was playing with paper bags as if they were hand puppets. The jury also saw a video of him smearing feces on his body and licking the walls of his cell. But they did not believe his mental state rose to the legal definition of insanity—that he didn’t know what he was doing was wrong and he acted because of an irresistible impulse.

In March of this year Missouri executed 74-year-old Cecil Clayton who was convicted of killing a deputy sheriff in 1994. Earlier in his life, Clayton’s behavior and personality were totally changed after an  accident in a saw mill caused a traumatic injury resulting in the removal of part of his brain. The IQ of this once intelligent man dropped to 71. He was also diagnosed as a schizophrenic with extreme paranoia. In the decade that preceded his execution six psychiatric experts said he didn’t even understand that he was on death row. Yet the state of Missouri denied his request for clemency.

In January, Georgia executed Andrew Brannan, a 66-year-old disabled Vietnam veteran who suffered from PTSD and bipolar disorder. He killed a police officer who pulled him over after driving 98 miles per hour. The dashboard camera showed him acting erratically—dancing around and saying “shoot me.” At his trial he pleaded not guilty by reason of insanity because he said he had been experiencing a flashback to combat. He had no prior criminal record, but the Georgia Board of Pardons and Paroles denied his appeal. The list of similar cases of mentally ill people who were executed is endless.

James Holmes may soon join the more than 3,000 people on death row in the United States. I asked a death penalty lawyer if there were any estimates on what percentage of people on death row were mentally ill. The answer was, without hesitation, “All of them.”

Michael gave up, and I have to wonder: Is it cruel and unusual punishment for states to execute the mentally ill?  Paula Montonye, a lawyer who specializes in post-conviction death penalty cases, summed it up, “The death penalty will continue to degrade our humanity unless and until we make a commitment to understand the full contours of mental illness.”

Martha Elliott's most recent book is "The Man in the Monster: An Intimate Portrait of a Serial Killer", published by Penguin Press in August 2015.