"It's not hard to know what the Confederate flag meant. How much of that is trying not to know?" 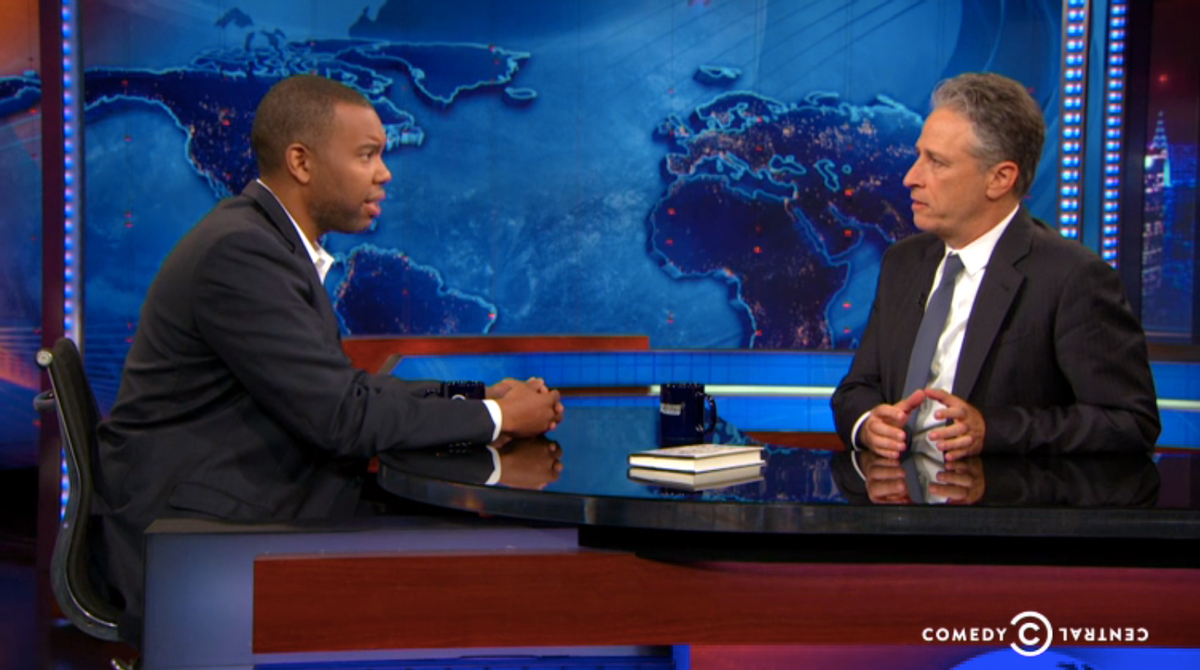 Coates told Stewart that, in the process of writing "the letter to his teenage son," he'd been thinking a lot about how much of America's ignorance could be classified as "willful."

"It's not hard to know what the Confederate flag meant," Coates said, as Stewart laughed with recognition."They said it! I mean, how much of that is trying not to know?"

Stewart also had Coates touch on a recent criticism of his work that he was "more of a 'Malcolm' than a 'Martin.'" Meaning: He's not as optimistic about history's trajectory.

"I feel like [the arc of history] bends toward chaos," Coates said. "And I think the record of history -- and human history -- is behind me."

He continued: "When we talk about arcs I think it's very, very important to respect every individual's arc. So if you were someone who was killed in Auschwitz, that's the end of your arc. And that's devastating. That's tragic. We should not make ourselves feel better about that."