Putting "a geocentric label on interstellar characters is silly," the actor tweeted 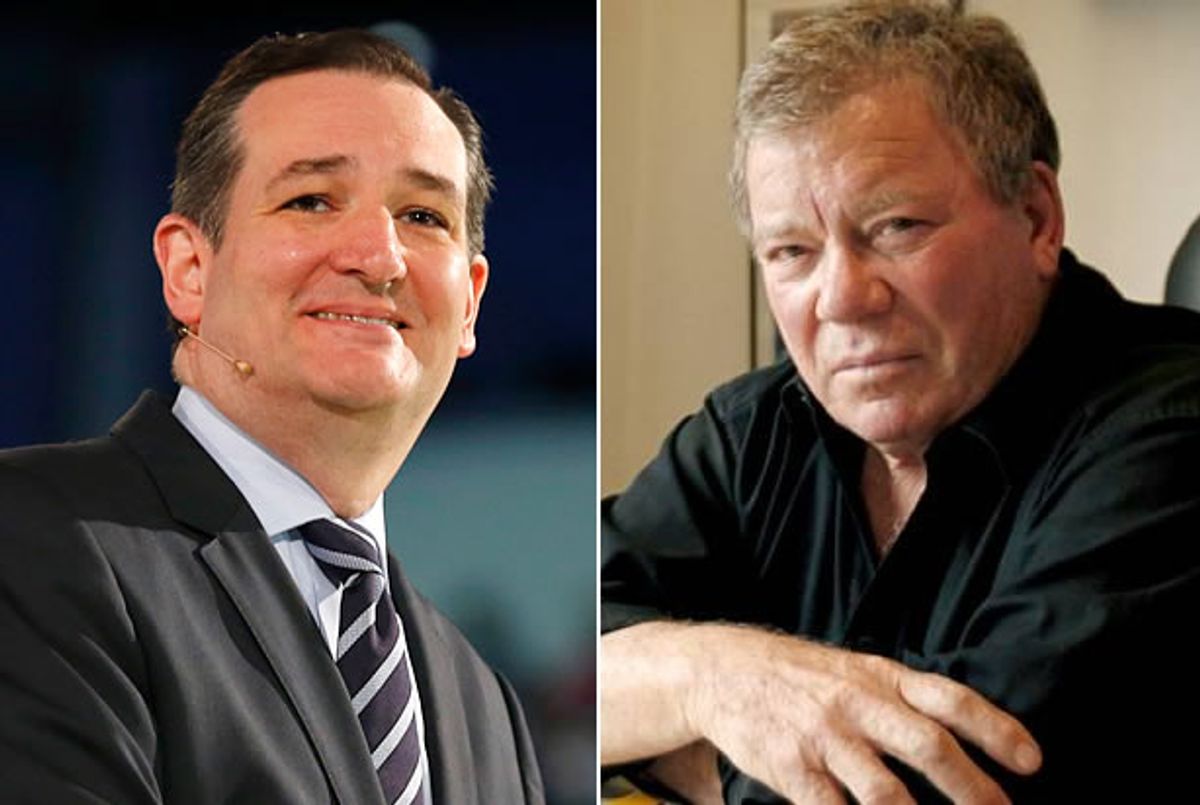 In yet another attempt to prove that he's an actual human being -- he "auditioned" for "The Simpsons" last month -- Texas Senator and Republican presidential hopeful Ted Cruz spoke at strange length about his affinity for Captain Kirk.

Ana Marie Cox noted that Cruz is a well-known fan of "Star Trek," and asked him whether he preferred the original series' Captain Kirk, played by William Shatner, or Jean-Luc Picard of "The Next Generation," played by Patrick Stewart. "Absolutely James Tiberius Kirk," he replied.

He then proceeded to "do a little psychoanalysis," saying that "[i]f you look at 'Star Trek: The Next Generation,' it basically split James T. Kirk into two people. Picard was Kirk’s rational side, and William Riker was his passionate side. I prefer a complete captain. To be effective, you need both heart and mind."

Cruz added that Kirk was "working class" and a "passionate fighter for justice," whereas Picard was an "aristocrat" and "cerebral philosopher," which is why -- to his mind -- "it is quite likely that Kirk is a Republican and Picard is a Democrat."

Upon learning that the iconic character he played had been outed as a member of the Grand Old Party, William Shatner took to Twitter to reply: