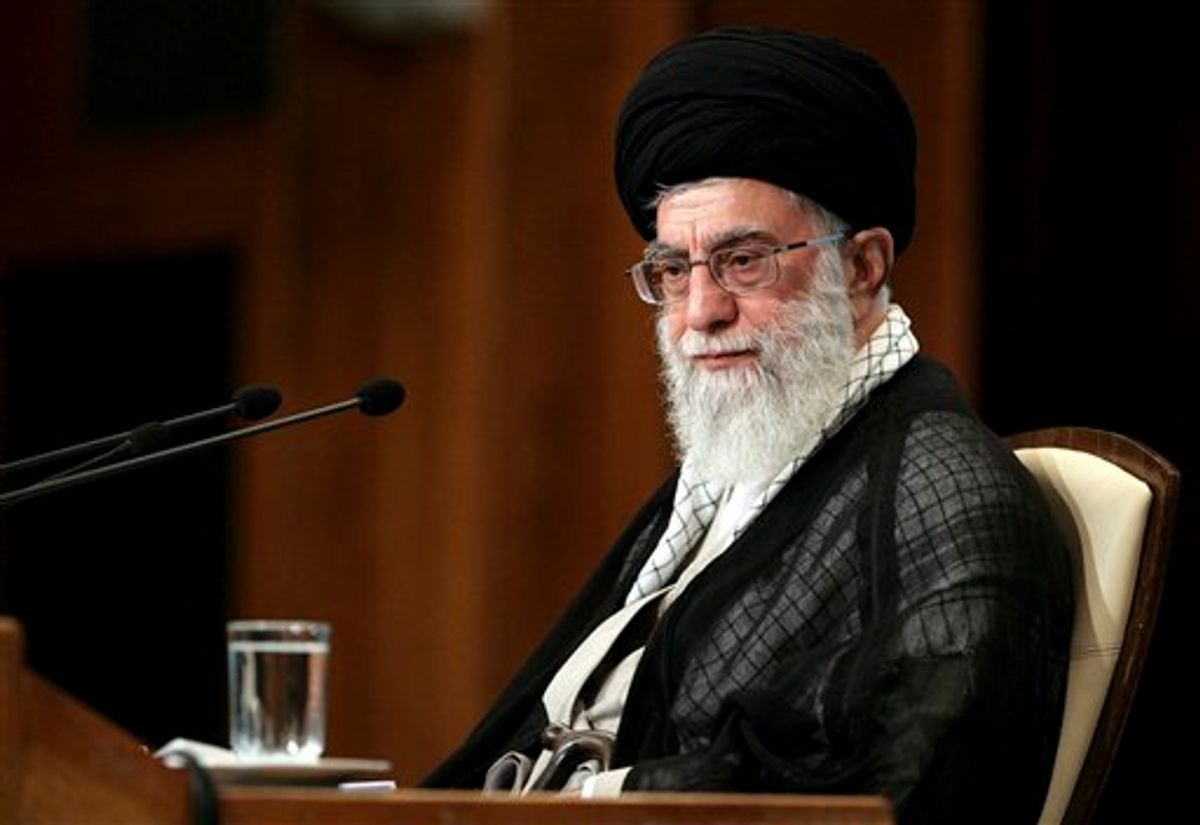 The Ayatollah Khamenei sent out the below image which looks an awful lot like President Obama with a gun to his head, along with this caption: "We welcome no war, nor do we initiate any war, but if any war happens, the one who will emerge loser will be the aggressive and criminal U.S."

This comes, of course, at a time when the Obama administration is trying to convince Congress to sign on to an arduously negotiated deal with Iran designed to stop them from building their own nuclear weapons.