Viral rewind: Steve Carell made Zach Galifianakis break down in tears on "Between Two Ferns"

Five years ago today, Galifianakis' "awkward" shtick on "Funny or Die" was at its peak. Our look back: 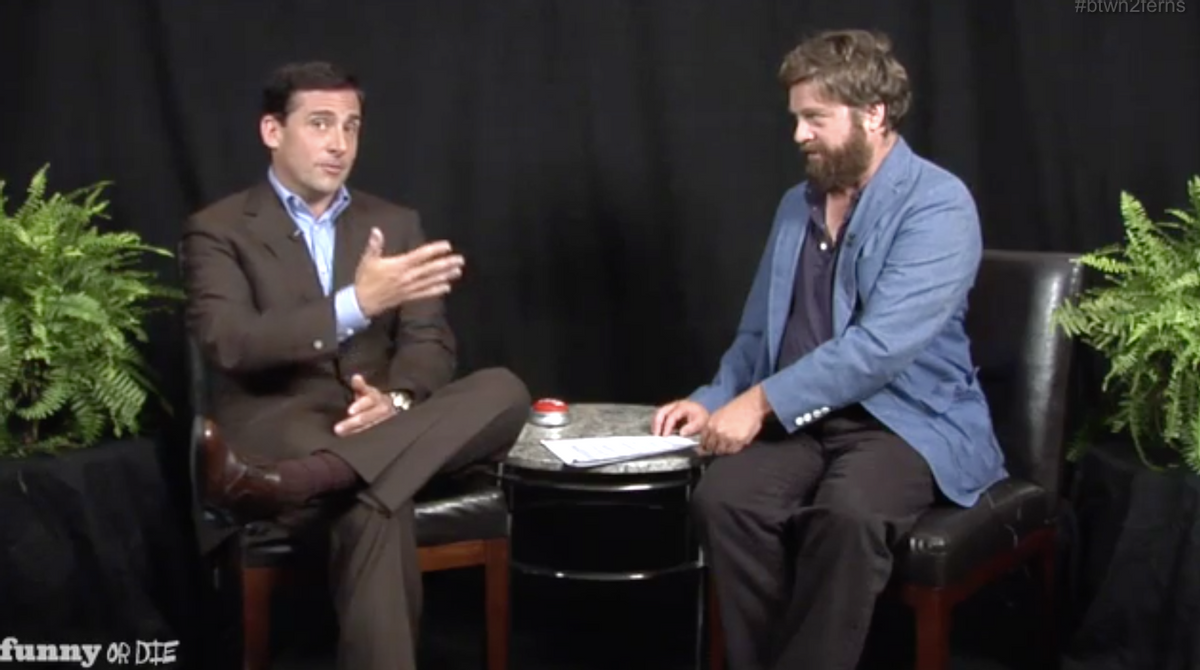 Here’s what was buzzing around the Internet for the week of July 25, 2010:

On the "Funny or Die" web-series "Between Two Ferns," celeb guests have historically had one of two options: 1) Play along and let Zach Galifianakis verbally destroy them, or 2) kick down the fourth wall and give the host a taste of his own troll-medicine.

In 2010, Steve Carell went firmly with option 2 in what Splitsider called at the time "the funniest [episode] of all of them." It ended with Galifianakis breaking down in "tears" and asking that the the interview be cut.

Carell came prepared to deflect every insult hurled his way. When Galifianakis started in with the classic backhanded setup -- "I really like you on 'The Office'" -- Carell was ready to shut it down immediately. "And you love Ricky Gervais," Carell cut in. "I see where you're going. I've watched your show. What you do is -- 'Oh I got you confused. Confused with the good one. Oh no I didn't mean your Office. I meant the good one.' And scene!"

As Galifianakis' web-series started to take off -- perhaps, in part, because of Carell's appearance -- so, too, did Salon's doubt in the longevity of the host's "awkward" shtick.

Could the host remain believably awkward now that he'd become a legitimate movie star himself -- thus throwing off the balance that the interviews once thrived on ?

Let history show that he has remained pretty damn awkward -- POTUS' appearance in 2014 was one for the books -- but we do have to mourn the loss of our "Two Ferns" underdog and look back fondly at a time when Galifianakis was at his most vulnerable and not prominently featured in three (3!) "Hangover" films.

Below, the "perennially awkward" episode that earned the web-series a Webby Award in 2011:

Between Two Ferns with Zach Galifianakis: Steve Carell from Funny Or Die