A win for activists in University of California's anti-Semitism debate 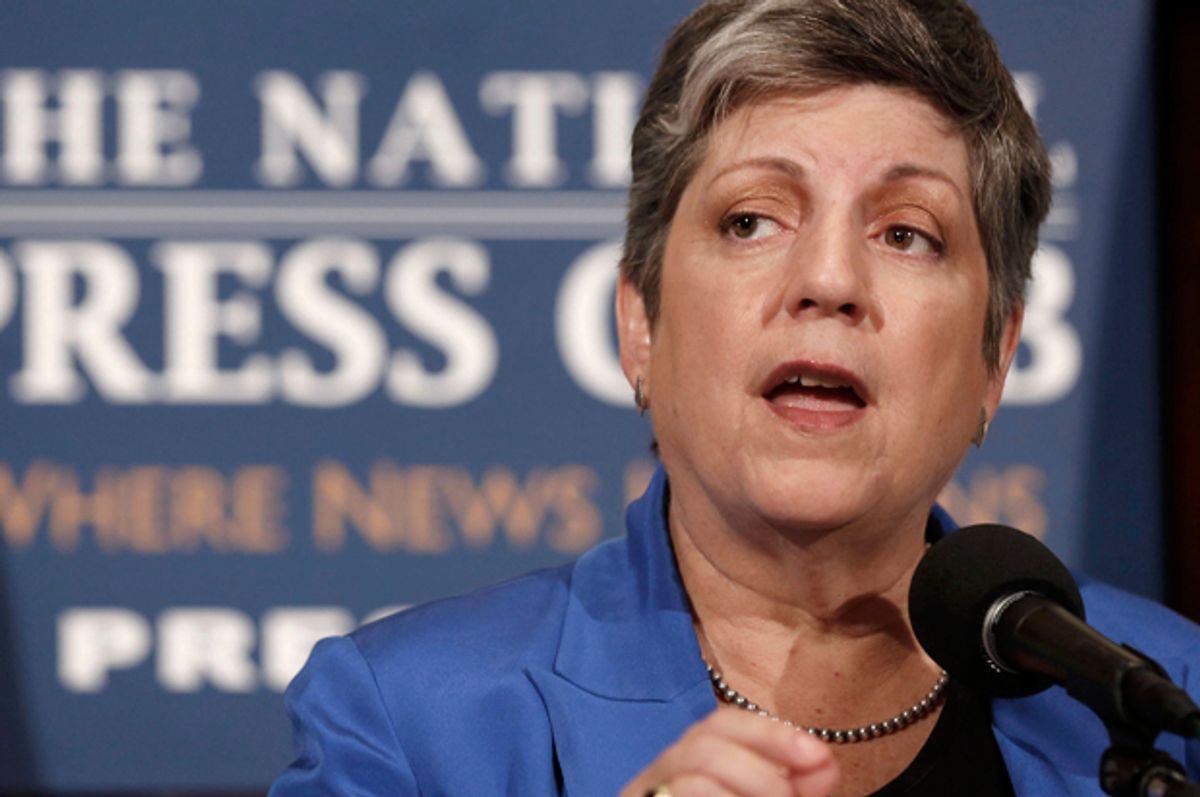 For a while it looked like on July 23 the regents of the University of California were going to adopt the U.S. State Department definition of anti-Semitism and in some fashion or another put policies into place that would have a severe impact on what can and cannot be said about Israel on each of the 10 U.C. campuses, which together enroll some 230,000 students. Those students, along with 190,000 faculty and staff, would all be constrained under the regents’ interpretation of the definition.

The decision would in fact be continuing a process that began in 2012, when the California House passed a resolution condemning anti-Semitism (HR35), and continued into this past spring, when the Senate passed a similar resolution (SCR35). The stage was set, the momentum was there, activists and advocates on both sides were ready to march on the regents meeting in San Francisco and address the regents and U.C. president Janet Napolitano.

But just before the regents were to meet, it was announced that they had decided to drop the matter entirely and instead to have a discussion about “tolerance” in general at their meeting in the autumn. This is a tremendous victory for all those who criticized the possible use of the State Department definition of anti-Semitism, and we can learn a lot by tracing the path of activism, critique and protest that produced this result.

This will be of special importance to other states and other university systems that might be entertaining the notion that the State Department definition of anti-Semitism is at all viable. Furthermore, and perhaps most important, the history behind this victory helps us to understand how one of the most common criticisms of the Boycott, Divestment, and Sanctions movement—that it is anti-Semitic—is now losing traction on university campuses and elsewhere.

It’s impossible for us on the outside to know exactly what caused the item to be pulled, but the winding history of the Senate resolution might give us some insight. For after many amendments, the version that was finally passed contains significant compromises that show the power of critical resistance to political pressure and devious tactics.

We can and should learn a lot about a resolution that used what most would agree is an entirely legitimate concern about anti-Semitism to smuggle in language that would in effect extend to the State of Israel even greater immunity from criticism. The gradual transformation of the resolution tells us how we can contain such tactics. And given Hillary Clinton’s recent strident call for an attack on the Boycott, Divestment, and Sanctions movement on U.S. campuses, what happened in California might serve activists in other states as well.

Starting back in 2012, the House resolution brought forth the key criticisms that would haunt the resolutions in both the California House and Senate. The Electronic Intifada asserted:

HR 35 explicitly conflates political activism related to Palestine solidarity with anti-Semitism, and urges university administrations to take steps to “to utilize existing resources, such as the European Union Agency for Fundamental Rights’ working definition of anti-Semitism, to help guide campus discussion about, and promote, as appropriate, educational programs for combating anti-Semitism on their campuses.”

As The Electronic Intifada has reported, immediately after the resolution’s passage, civil rights groups condemned it, saying that:

“HR 35 is a poorly researched, highly ideological resolution that contributes to a climate of intimidation faced by Muslim and Arab students on California campuses. Additionally, it will serve to chill the speech of the many Jewish students who wish to voice critical viewpoints about Israel. HR 35 threatens California’s cherished tradition of respect for freedom of speech in educational settings.”

Members of the California Scholars for Academic Freedom also condemned HR 35, saying in early September that:

“The resolution poses a clear threat to academic freedom in the University of California and the California State University systems. … HR 35 does not create new law, but it calls upon university administrators to deny First Amendment rights to students and faculty.”

Despite these concerns, the House resolution, containing explicit language decrying “student- and faculty-sponsored boycott, divestment, and sanction campaigns against Israel that are a means of demonizing Israel and seek to harm the Jewish state,” was adopted in 2012. Here we see one of the key reasons why the resolution was protested against—the slide from attacking anti-Semitism to attacking anyone who criticizes Israeli state policies and questions the notion that Israel is and should always be a “Jewish” state. In other words, the legitimate protest against ethnic and religious hatred is used to protect the Israeli state against criticism of its policies toward the Palestinians. And it’s just not anywhere that voices are silenced—it is precisely on public university campuses, where freedom of speech and academic freedom are supposed to be protected so as to allow for debate and discussion.

Flash forward to the 2015 discussion of the Senate concurrent resolution. Again, advocates for the resolution leaned heavily on the State Department definition and were criticized for it by the same groups who protested HR35. These groups included the California Faculty Association, which was singled out for attack in an Op-Ed in the Sacramento Bee, the hometown newspaper of the California state government.

Dan Morain’s “Prejudice comes in many forms” (June 27) is in fact a textbook case of how the State Department definition and the resolution can be misrepresented in the mainstream media—how facts are distorted or omitted to make a case for a poorly written document ostensibly about anti-Semitism, but really concerned with silencing criticism of Israel.

First, Morain informs us that the resolution “uses the U.S. State Department definition, one also adopted by the European Monitoring Center on Racism and Xenophobia.” He then asserts, “In other words, it’s good enough for U.S. presidents and prime ministers of European nations, where ancient prejudices toward Jews too often turn to violence.” Actually, the U.S. State Department definition of anti-Semitism is derived from the EMCRX statement, not the other way around, and the problem is that the EMCRX stepped away from that definition, as the Times of Israel reported back in 2013 in an article titled “EU drops its ‘working definition’ of anti-Semitism.”

If that were not enough, not only did the EU drop the definition upon which Morain predicates the entirety of his argument, but even the author of the definition says that it should not be imposed upon universities and colleges. That’s correct: In a piece in the Jewish Journal Kenneth Stern unambiguously writes, “official adoption of the State Department’s definition [on college campuses] would do more harm than good. I say this sadly, as the lead author of the somewhat more detailed European Monitoring Centre’s (EUMC) ‘working definition on antisemitism,’ upon which the State Department definition is based, and as a strong advocate of State’s use of the definition in its global work.” Stern continues, “to enshrine such a definition on a college campus is an ill-advised idea that will make matters worse, and not only for Jewish students; it would also damage the university as a whole.”

So in fact, the working definition is not “good enough” to use in the EU and on American college campuses, and according to its very author it even would be dangerous to both Jewish students and to the university at large to do so.

The pressure put upon state senators by groups such as the California Faculty Association, California Scholars for Academic Freedom, Jewish Voice for Peace and many others actually helped move the democratic political process forward. Rather than rubber-stamp the first-presented draft, senators hammered out a version that, while still having some problems, moves significantly toward a fairer compromise.

When one looks at the very last amended version (July 13, 2015) of Senate Concurrent Resolution 35, one finds that while it still evokes the State Department definition of anti-Semitism, it does so with greater precision and ads clarity as to what it wishes to target, and what it wishes to protect against in terms of infringements of free speech.
Here is the specific way the resolution now uses the State Department definition, and the illustrative examples it provides:

WHEREAS, The United States Department of State defines anti-Semitism as "a certain perception of Jews, which may be expressed as hatred toward Jews. Rhetorical and physical manifestations of anti-Semitism are directed toward Jewish or non-Jewish individuals and/or their property, toward Jewish community institutions and religious facilities";

WHEREAS, In 2014, the kinds of recorded anti-Semitic acts committed in the United States and around the world included murders; violent attacks and death threats against Jews; arson, graffiti, and property desecration; and murders at Jewish cemeteries, places of worship, schools, and community events;

Nothing in this resolution is intended to diminish the rights of anyone, including students, to freely engage in any speech or other activity protected by the United States Constitution, including that which is critical or supportive of the policies of any country.

Now that the regents have wisely abandoned the State Department definition of anti-Semitism, it is crucial that as they begin a new set of discussions of “tolerance,” they preserve the commitment to academic freedom and freedom of speech that the Legislature added to SCR35 at the insistence of activist scholars.

University regents, boards of trustees and elected representatives in any state body even thinking about a response to anti-Semitism should think about the lessons we have learned in California.

Anti-semitism California Uc Board Of Regents University Of California