"Do you name things after yourself because you're afraid you won't be able to find them?" Stewart asked Trump 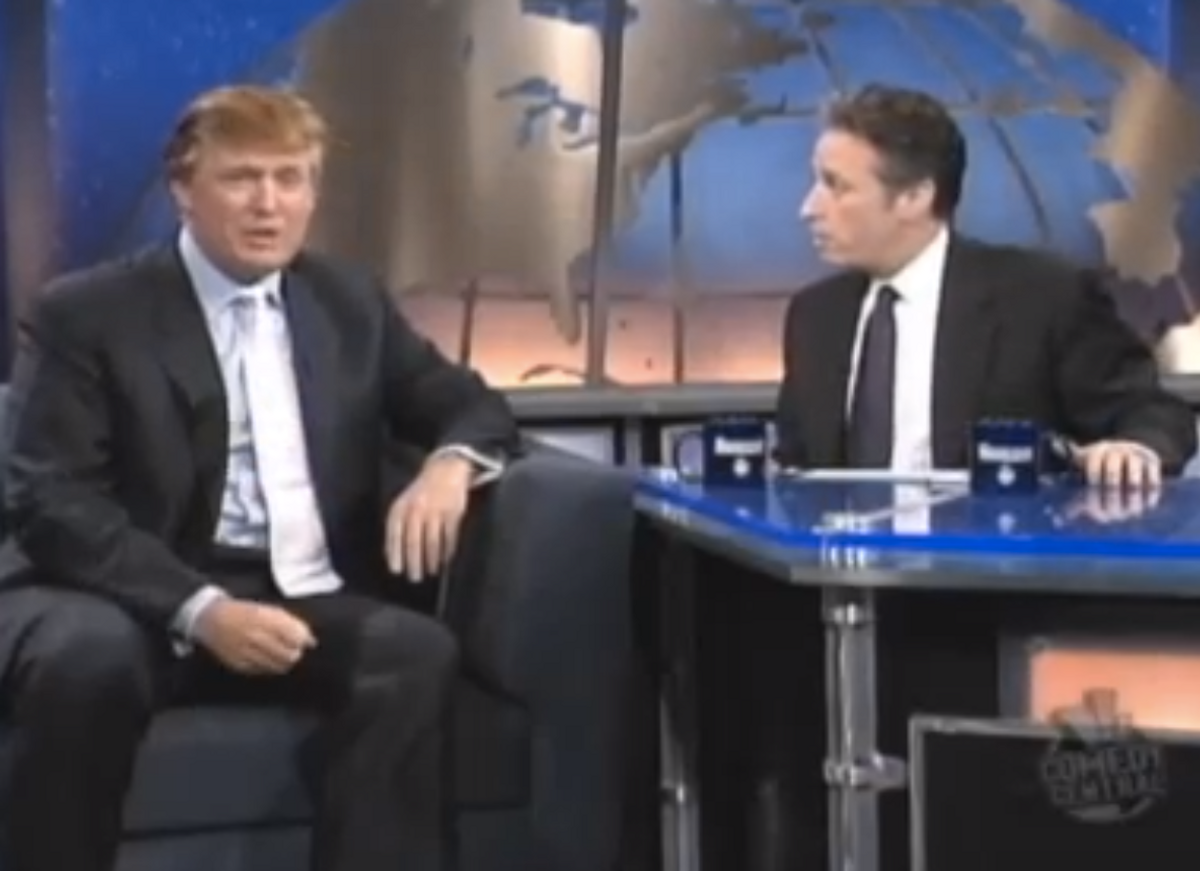 Today, we look back at Donald Trump's appearance from February 2004:

Donald Trump (The Trumpinator, The Donald, Fuckface Von Clownstick, etc.) once participated in Throwback Thursday by posting an image from his 2004 guest appearance on "The Daily Show" with the note accompanying it, "#TBT Do you believe- once upon a time Jon Stewart really liked me?"

The memory of a time when Stewart liked Trump -- as opposed to hate-liking Trump -- is a fading one. But it's there: in Trump's first-ever interview with the "Daily Show" host, as the business magnate geared up for the season finale of "Apprentice" season 1 on NBC.

The two joshed around like old pals. Stewart asked Trump why it was that he put his name on so many things, concluding that it must be because he's afraid he won't be able to find them. Trump laughed along with the quip and, in a cruel twist of irony, explained that it was because all things with his name on them became successful. "I'll only use the name if something it really great," he added.

Stewart later complimented him on the success of his NBC show, saying that it was really easy to see why he'd become so successful. "You really have the mind for the business."

Today, Trump compliments are few and far between. And, if if they do come, they're often veiled with irony (see: "Donald Trump running is a gift from heaven").

Apparently, the backhanded compliments (and scorching-hot takedowns) haven't been enough to repel Trump from a professional working relationship with Stewart: Just last week, Trump made headlines when he announced that he'd been "begged" by Stewart to come on his last episode August 6.

“I like Jon Stewart — I think he’s good,” Trump told The Hill. “They’re begging me to go on. I would do it … the problem is it looks like pandering. It looks so false and so phony if I do it.”