The Democratic candidate has unveiled her new climate plan, and it's ambitious 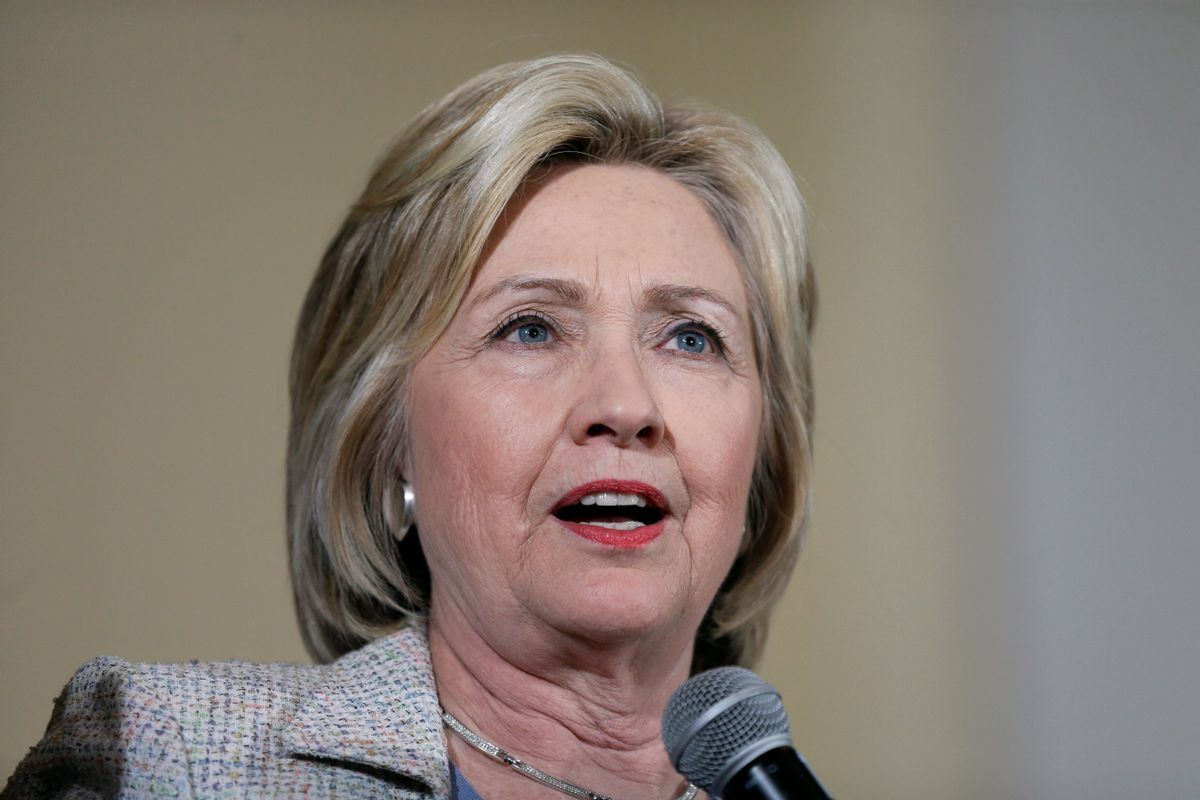 Hillary Clinton is not a scientist. She is, as she explains in a new campaign video, "a grandmother with two eyes and a brain" -- and, we could add, a need to prove she's able to lead on climate change.

Sunday evening, the Democratic presidential candidate offered an early indication of how she intends to do that: with a major, ten-year push to boost renewable energy.

On her first day as President, Clinton promised, she'd set two ambitious goals for the U.S.: one, to install more than half a billion solar panels, across the country, by the end of her first term; and two, to be generating enough renewable energy to power every home in America in just ten years' time.

The goals, as stated, can certainly be characterized as ambitious. Clinton's vision for solar panels, according to the campaign, would represent a 700 percent increase in solar capacity from its current levels, or the equivalent of adding solar panels to 25 million American homes. And the renewables push she describes, involving a combination of wind, solar, hydro, geothermal and "other forms of renewable energy" would require adding more power capacity to the grid by 2027 than has been accomplished in any previous decade -- and would represent a big leap forward from President Obama's plan of tripling renewable energy production, to 20 percent, by 2030. Clinton's yet to come forward with many details for what she's calling her "Clean Energy Challenge." But to begin with, she's doubling down on her support for the EPA's power plant rule, the final version of which is expected to be released soon, and says she's committed to protecting it from "attacks from climate change deniers." She also intends to bolster the green energy industry through the expansion of tax incentives.

The unveiled plan did go relatively easy on the fossil fuel industry: Clinton pledged to "ensure that fossil fuel production taking place today is safe and responsible" and that "areas that are too sensitive for energy production are taken off the table," although she didn't comment specifically on hot button issues like offshore and Arctic drilling, both of which Obama has permitted, and which Democratic primary contenders Bernie Sanders and Martin O'Malley have vocally opposed. And she's -- still -- yet to take a stance on the Keystone XL pipeline, which more than anything else would stand as a symbolic indicator of her intent to go all-in on climate action.

But on the climate denial front, she's got the rhetoric down pat. “It’s hard to believe there are people running for president who still refuse to accept the settled science of climate change, who would rather remind us they’re not scientists than listen to those who are,” she says in the video. “You don’t have to be a scientist to take on this urgent challenge that threatens us all. You just have to be willing to act.”