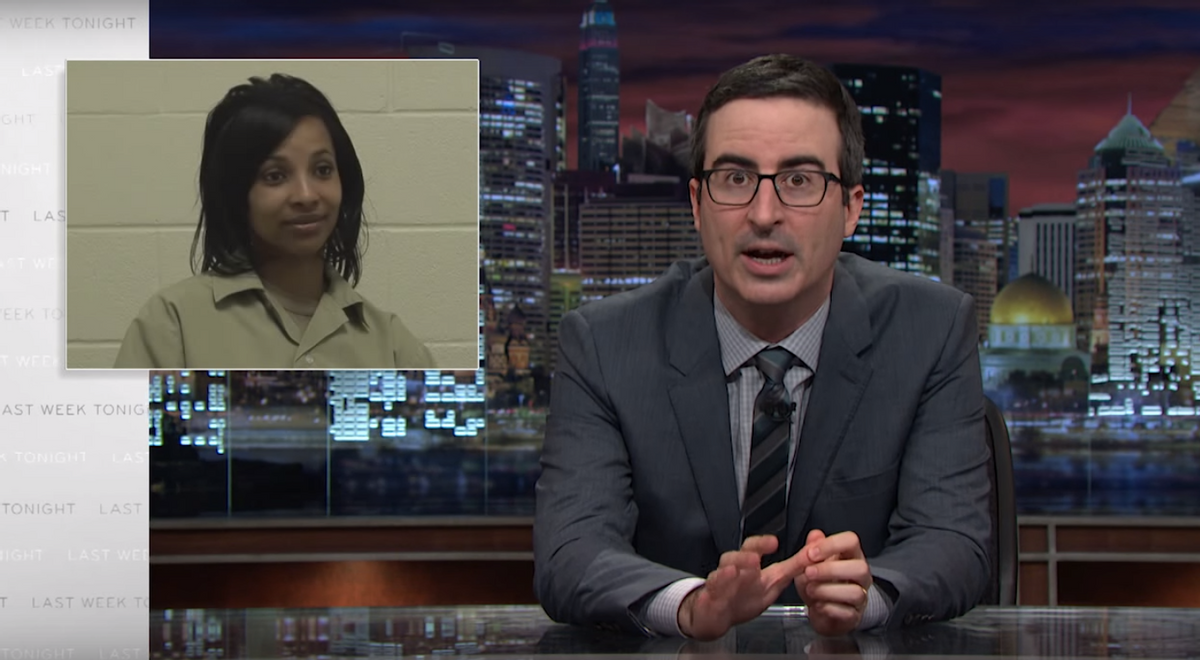 Earlier this year, President Obama released 22 people serving federal prison terms for non-violent drug offenses. Seven of which, had been previously sentenced to life in prison.

The move was long overdue, according to "Last Week Tonight" host John Oliver, who spent the bulk of Sunday's program going after mandatory-minimum sentencing. The segment wasn't without a few classic Oliver analogies, too.

Oliver declared Obama's move just like "the criminal justice version of "Top Chef: Last Chance Kitchen.” But, with no chance of “disappointing Padma with your risotto.”

"The Last Week Tonight" host explained that one of the biggest faults of mandatory-minimum sentencing is that it completely ignores context (which is important!) and, in turn, causes over-incarceration.

On behalf of America, Oliver declared the practice entirely outmoded, born out of 1980s and '90s "anti-drug hysteria."

"Ridiculously long sentences are not a great deterrent to crime," Oliver said. "Prison sentences are a lot like penises: If they're used correctly, even a short one can do the trick — is a rumor I have heard."