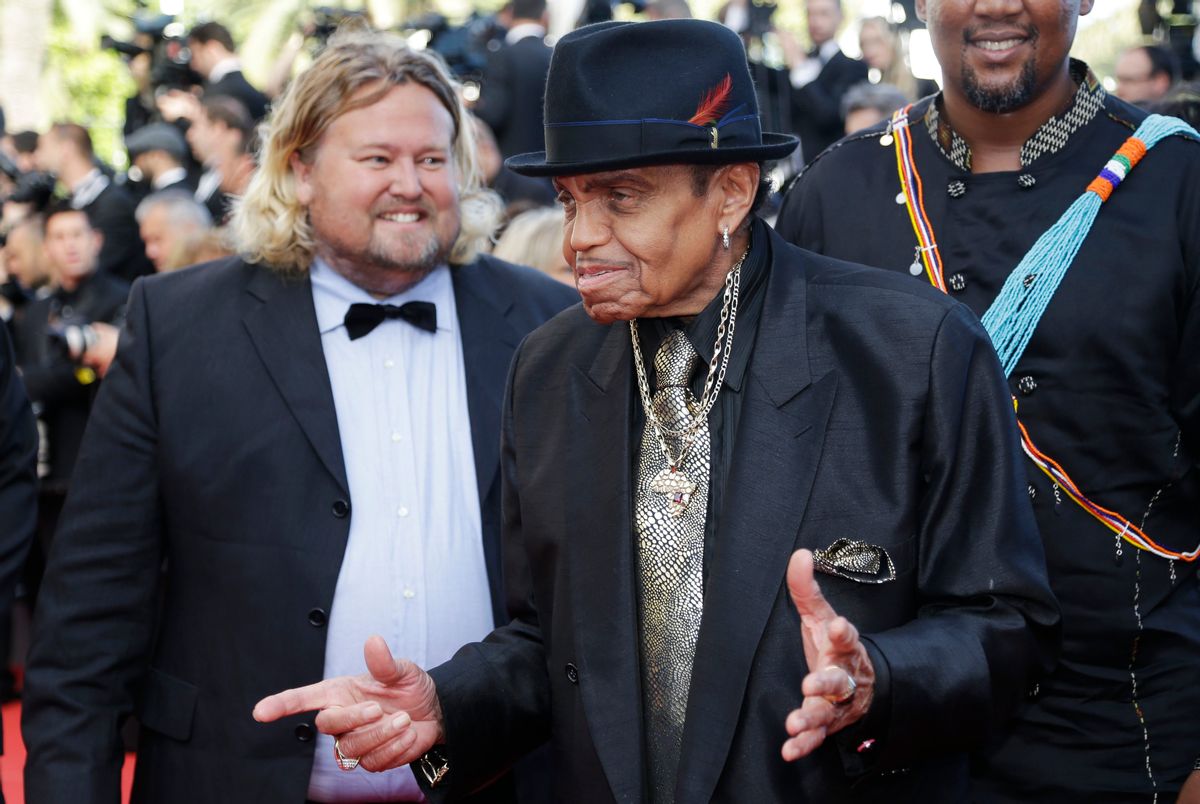 FILE - In this Friday, May 23, 2014 file photo, Joe Jackson arrives for the screening of Sils Maria at the 67th international film festival, Cannes, southern France. A Brazilian hospital says Joe Jackson  the father of the late Michael Jackson and the patriarch of the musical family  suffered a stroke while visiting the South American nation. An emailed statement early Monday, July 27, 2015 from the Albert Einstein hospital in Sao Paulo says only that Jackson was admitted to the hospital Sunday afternoon. He is in the intensive care unit. (AP Photo/Thibault Camus, file) (AP)
--

RIO DE JANEIRO (AP) — Joe Jackson, the father of the late Michael Jackson and patriarch of the musical family, suffered a stroke while visiting Brazil and was hospitalized in the intensive care unit of a Sao Paulo hospital, the facility said Monday.

In an emailed statement, the Albert Einstein hospital said only that Jackson was admitted Sunday afternoon and was suffering from an irregular heartbeat. The statement did not provide any further details about Jackson's condition, and a spokeswoman said Monday evening that the hospital still did not have further comment on Jackson's condition.

One of the organizers of a party that brought Jackson to Brazil for his 87th birthday said he was doing well.

"He is perfectly conscious, he is talking perfectly well without any problems, he is completely dynamic," said Nogueira Fresco, one of the organizers of the party.

The fete marking Jackson's birthday went ahead Saturday without its guest of honor, who local media said was not feeling well enough to attend.

Nexxing, the company that invited Jackson to Brazil, said he arrived in the South American nation Wednesday and attended several events, including a visit to a Sao Paulo soccer stadium, before falling ill. Photos from his official website show him dining in Sao Paulo restaurants.

Jackson had been scheduled to leave Brazil on Tuesday.

He has suffered minor strokes in the past, including one in 2012.