Prejudice makes us see innocent people as threats, study says: "We have to be more open to admitting we are biased" 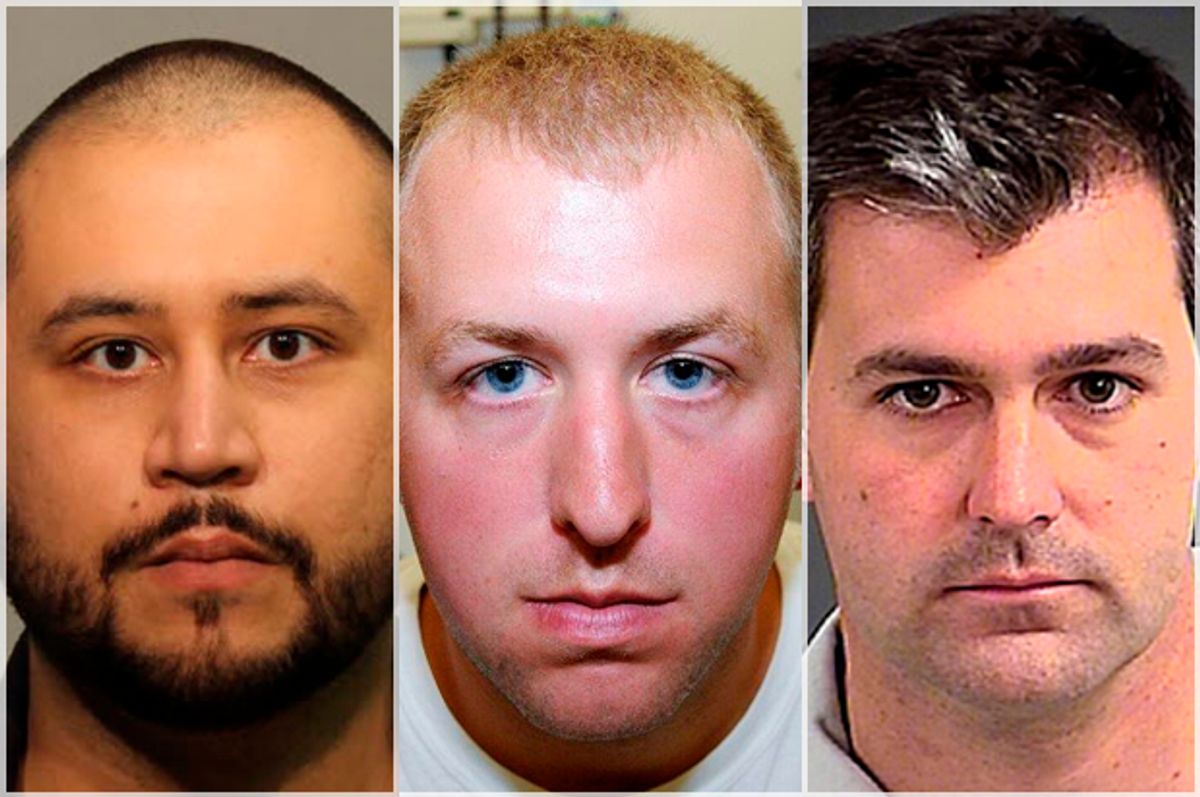 The police killings of unarmed black men like Eric Garner, Michael Brown and, most recently, Sam Dubose at a July 19 traffic stop at the University of Cincinnati, have enraged many and baffled more. Why did Cleveland police shoot and kill 12-year-old Tamir Rice last year? How did self-styled block watch patrolman George Zimmerman decide to shoot and kill teenager Trayvon Martin, who was armed with nothing but a bag of candy on that night in 2012? These outrages have caused demonstrations, urban unrest, more violence and a larger sense that something has gone wrong in the nation's race relations.

Besides outright racism, what motivates the overreaction of law-enforcement and vigilantes who have left these men dead?

A social psychologist at Wellesley College who studies diversity and friendship, Angela Bahns, has recently completed research that helps to explain part of the puzzle: It shows that people can imagine a sense of threat -- a threat serious enough to justify violence -- even with no real evidence besides their own stereotypes. And the stereotypes, the research suggests, are the root causes of the violence.

We spoke to Bahns from her Massachusetts campus. The interview has been condensed and slightly edited.

The last few months have been hard to figure out. Does this research help explain the shocking rash of violence against Eric Garner, Michael Brown, Trayvon Martin and other unarmed black men?

It definitely helps us understand the nation's reaction to these tragedies. It's been a contentious and racially charged time across the nation.

Really, the question is, Are the police officers racist? That's what everyone wants to know. The research helps establish that the stereotype -- that black men are dangerous -- is leading to these deaths. The officers are assuming that these black men are threatening when in fact they may not be.

The stereotype is provoking these cops, then.

That's right -- my research shows that unrecognized prejudice may be the actual root here: People may not think that they're biased, but prejudice is driving the perception of threat. The judgments -- that [black men] are threatening, that they have a weapon when they may be unarmed -- that's all colored by racial prejudice, whether or not it's recognized as such.

Does this research challenge or overturn anything we thought we knew?

It's departing from the established notion that threat causes prejudice.

It's the other way around, then?

Exactly. You might ask why it matters -- threat can cause prejudice or prejudice can cause threat ... But I think it's actually very important. A threat-causes-prejudice perspective, in light of these recent cases involving black deaths, assumes that black man are inherently dangerous, that we're afraid of them because they are inherently dangerous. As a fixed quality of people.

But my research shows the opposite -- that prejudice causes threat. Prejudice is socially constructed: A perception of threat can be created to justify why we feel afraid.

Does this make hate-speech laws, anti-bigotry laws obsolete? This seems to be saying that everyone has a built-in stereotype about people different from them, and that that can lead to a sense of threat and an urge to attack, right? It says this is built into the human brain -- not just something a few angry, violent deviants are exercising.

Exactly -- it's a well-learned association. And it affects everyone, even if our self-professed attitudes aren't biased.

What's the difference for someone who's unconsciously biased and someone who's an outright white supremacist -- a member of the Ku Klux Klan, let's say?

It really depends on the situation. So where the unconscious bias really plays a role is in quick, decision-making situations -- where there's time pressure, ambiguity -- and in that case, unconscious bias could lead to decisions that could be the same [as those from] conscious bigots. And the outcome can be the same.

What's the smart way for an individual or a society to respond to these findings?

I think we have to be more open to admitting we are biased. With changing social norms, it's become unacceptable to be prejudiced, and people want to distance themselves from that. And I think that's harmful -- because it blinds us to the ways that even well-intentioned people are blinded to the stereotypes that exist in the broader culture. So I would say the big take-home from this research is that when threat is used to justify prejudice, it's really a balancing system that helps us feel like we're good people. When that's in place, we're completely blind to the source -- the fact that we're prejudiced in the first place.

The research itself does't look explicitly at race, right?

The groups I look at are described as immigrants from various countries that were unfamiliar to our undergraduate participants.

And when a country acquires unpleasant stereotypes, it begins to seem like a threat?

Yes... What we created in the research was just an affective -- or emotion-driven -- association. Just negative feelings, without any content. And then they developed stereotypes and threat perceptions -- that they're dangerous and violent as a result of that negative feeling.

So the sense of danger came from inside the subjects -- not from any data you gave them.

We were very careful not to give them any sense of threat or violence.

You mentioned the way the nation responded to these killings of unarmed black men -- does this research tell us anything about that? It's been a very split reaction, right?

The very divided reaction illustrates the slipper nature of threat perception. For example, if you take the Michael Brown decision [in Ferguson, Missouri], for those that agreed with the decision, threat was effectively serving as a justification of prejudice: They agreed with the ruling that [Officer] Darren Wilson was acting in self-defense.

But for those outraged by the decision, they saw through the self-defense explanation as an excuse for racially motivated aggression. The threat was not serving to justify the prejudice. People saw prejudice as the root of the problem.