From The Secret to destructive management theories, unbridled optimism is just another way to ignore real issues 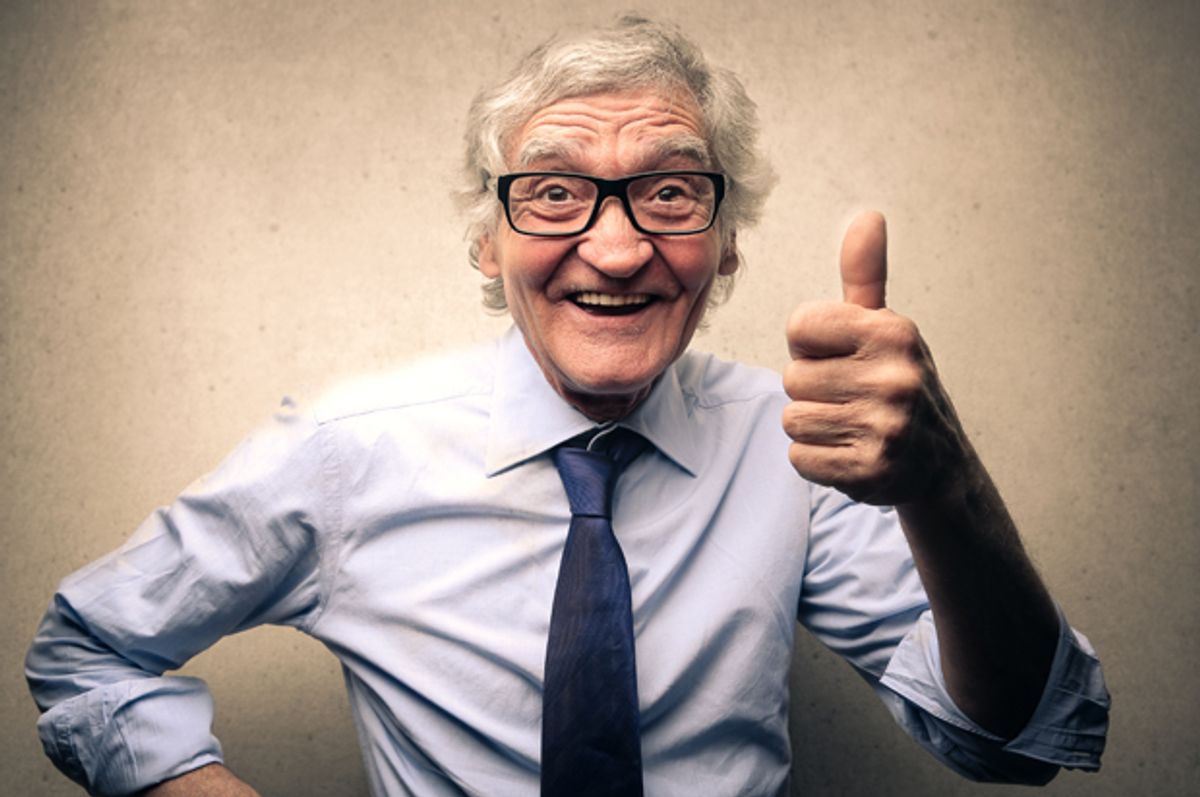 Depending on how you look at it, the mood in the United States of late has been either an overdue stock-taking -- as we reckon with issues like racism, rape culture, runaway law enforcement and out-of-control income inequality -- or relentlessly grim. Surely, unrelieved despair -- either personally or more broadly, socially -- can lead to paralysis. But despite a big Sunday Review cover piece in the New York Times, "We Need Optimists," extolling the virtues of positive thinking, that habit without reflection can be just as dangerous, especially in our leadership.

As a society we don't have a whole lot of patience for skeptics or even realists -- our politics and popular culture has been dominated by people who tell us what we want to hear. Arthur C. Brooks, president of the conservative think tank the American Enterprise Institute, argues that we need more of that positive thinking. His Times story lists some indicators of our current dour state. "In 2014," he writes, "a Wall Street Journal/NBC poll revealed that 76 percent of Americans did not feel confident that 'life for our children’s generation will be better than it has been for us.' This is 10 percentage points worse than the poll had ever recorded."

If you're one of the millions of Americans who feels these pressures -- who sees the promise dying -- this might be reason to try to identity the problems or work toward fixing this slide. Brooks, instead, blames "our politicians’ choosing the dark side. More than half of Americans said that our last presidential election was too negative, and complaints about the destructive, ad hominem discourse that dominates Washington have become a national cliché."

Is our political sphere too negative? Sure, especially with the harsh noises in the reactionary echo-chamber. But it's a symptom of a society that's lost its direction, not a cause. If you want optimism, there are plenty of ways to find it -- DVDs, motivational speakers, inspirational courses, churches begging for your money and promising riches. Here's Barbara Ehrenreich, the author of an excellent book on the perils of optimism, "Bright-Sided," which looks at the dangers both personally and politically:

But the question, before you whip out your credit card or start reciting your personal list of affirmations, is, What makes you think unsullied optimism is such a good idea? Americans have long prided themselves on being positive and optimistic — traits that reached a manic zenith in the early years of this millennium. Iraq would be a cakewalk! The Dow would reach 36,000! Housing prices could never decline! Optimism was not only patriotic but was also a Christian virtue, or so we learned from the proliferating preachers of the "prosperity gospel," whose God wants to "prosper" you. In 2006, the runaway bestseller "The Secret" promised that you could have anything you wanted, anything at all, simply by using your mental powers to "attract" it. The poor listened to upbeat preachers like Joel Osteen and took out subprime mortgages. The rich paid for seminars led by motivational speakers like Tony Robbins and repackaged those mortgages into securities sold around the world.

One of the interesting things Ehrenreich describes in "Bright-Sided," which is subtitled "How the Relentless Promotion of Positive Thinking Has Undermined America," is the origins of American optimism. While we typically assume that optimism and the U.S.A. have walked hand in hand from the beginning, the country was founded by Puritans, and it remained Calvinist -- with its emphasis on depravity and sin -- well into the 19th century. American optimism as necessary to pull away from all of that, but the happy talk got commodified, absorbed into corporate culture, and ratified through management theory -- a strategy to keep powerless workers docile by pumping false hope through the office vents.

There's no question Brooks has a point that the nation needs to look forward. But despite some nods to things like optimistic bias, he ignores the larger context. The psychologist Gabriele Oettingen has done important research on the subject of positive thinking, and she's found that it's a very mixed bag. Yes, cheery optimism can help sooth us, but it can also make us think we've already satisfied our goals even when we haven't. "Positive thinking is pleasurable," she writes, "but that doesn’t mean it’s good for us. Like so much in life, attaining goals requires a balanced and moderate approach, neither dwelling on the downsides nor a forced jumping for joy."

American society can't give in to despair. But we've got a lot of work to do -- and we need a sober, hard-headed realism about our accomplishments and failings, not empty cheerleading.