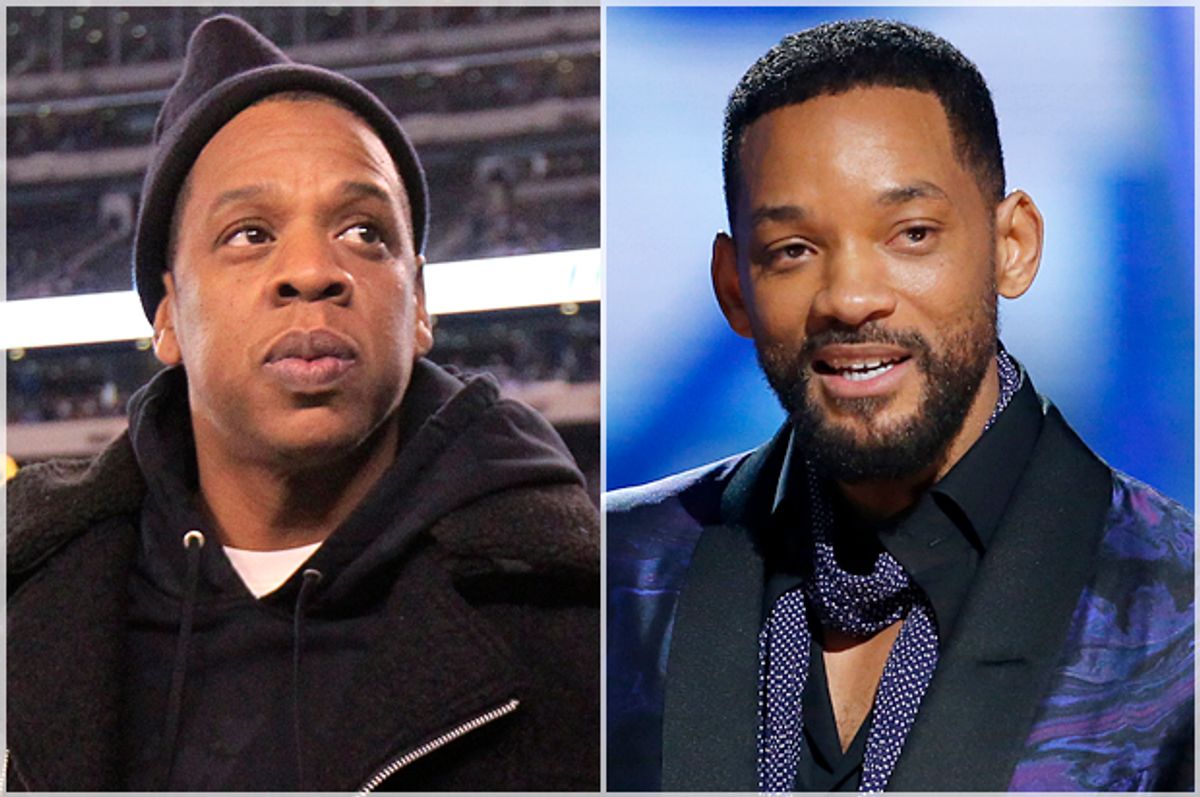 Variety reports that Will Smith and Jay Z are teaming up with producer Aaron Kaplan to make an HBO series about Emmett Till, the 14-year-old African American boy who was brutally murdered in Mississippi in 1955.

After Till was seen allegedly flirting with a 21-year-old white grocery store owner named Carolyn Bryant, Bryant’s husband and half-brother shot the young boy in the head, gouged out his eyes and threw him in a river. The pair were ultimately acquitted of the crime, although they would go on to confess their guilt.

The open casket funeral held by his mother Mamie Till Bradley, and the indelible image of the boy's mutilated body, served as a symbol for the burgeoning civil rights movement and drew renewed attention to the racial hatred inflaming the state of Mississippi and much of the deep south.

The miniseries is part of a new vanguard of HBO programming focusing on the country's racial tensions, including upcoming programs "Show Me a Hero," David Simon's series about racially-based housing tensions in Yonkers, and "Crime," a miniseries about a New York Attorney defending Pakistani man accused of murdering a young girl.

Emmett Till Hbo Jay-z Will Smith