Against his better judgment, Kerry appeared on "TDS" in 2004 to get the young vote. Stewart was put to the test 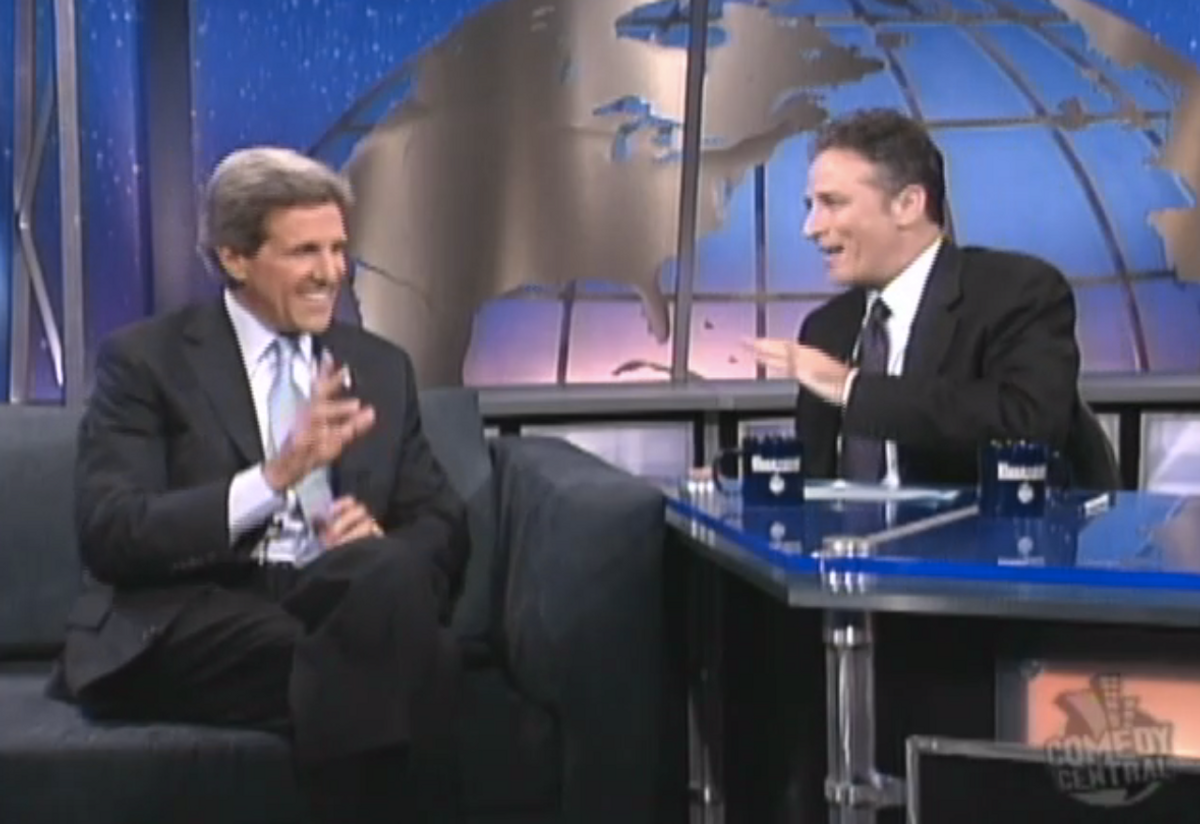 Today, we look back at John Kerry’s appearance from August 2004:

In 2004, John Kerry appeared on "The Daily Show" —  a program on a comedy-based network  — and played the whole interview straight. Why the senator was compelled to make "TDS" his first national TV interview after an extended absence from the limelight, and not on a run-of-the-mill news program, we may never know. But he did. And it was unbearable.

After the interview first aired, Dana Stevens of Slate described Kerry's charisma in it as being "less than zero." "He was a charm vacuum, forced to actually borrow mojo from audience members," she went on. "He was a desiccated husk, a tin man who really didn't have a heart. His lack of vibrancy, his utter dearth of sex appeal made Al Gore look like Charo."

In interviews with Kerry's campaign team, it became apparent that Kerry had been pressured to do the show. Satirical late-news programs were all the rage in 2004 and, as an agent told the Washington Post, Stewart offered unparalleled access to young voters (“dopey college kids," according to Bill O’Reilly) -- voters Kerry definitely needed in the election.

For scale: Traditional TV newsie Ted Koppel went on record at the Democratic convention in Boston that year saying that he "wasn't comfortable" with how many viewers "The Daily Show" was raking in. Stewart was a force and a threat, a late-night personality capable of altering the course of the election.

And he did. "This marks the first time 'The Daily Show' has bagged an actual presidential nominee," the Washington Post remarked in its profiling of Kerry.

Kerry, who had gone on the show in an effort to appear relatable and down-to-earth, walked away from the interview viewed precisely the opposite. Admiration for Stewart, on the other hand, began to grow.

While Kerry bombed, viewers got a unique vantage point into Stewart's true genius for interviewing. Stewart played double-duty, picking up Kerry's slack -- "pitching not just softballs but marshmallows, puffy interview marshmallows with rainbow sprinkles on them" -- when he was lagging.