Donald Trump's simple explanation as to why he's polling so well: "I engender great love"

"We have so many things to do," he also said, "we don't have time for other things" 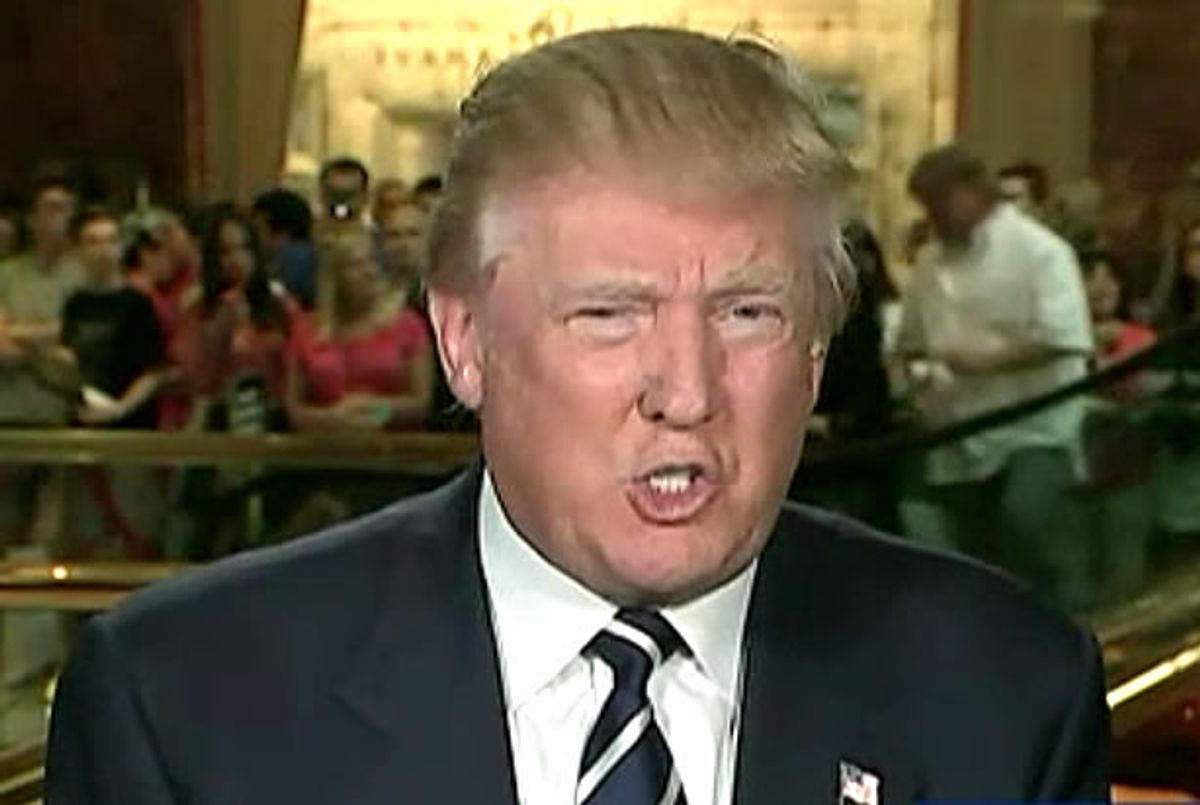 On "Hannity" Monday night, GOP -- for the moment, at least -- presidential candidate Donald Trump explained why he believes he's surging in the polls. He also assuaged Republican fears that if they don't anoint him as their candidate, he'll take his toys, go home, and run as an independent.

"People are tired of incompetent politicians running our country," he told Sean Hannity, adding that he's taken a commanding lead in New Hampshire because, in his words, "I engender great love."

Another aspect of his appeal, he explained, is that he's "not controlled by lobbyists and donors, I'm using my own money." He said that as if it's a good thing for American-style democracy that only the independently wealthy can run for office, before further -- and utterly unironically -- demonstrating precisely why wealth has a corrupting influence on politics.

"All these people, they're controlled by the people who give them the money," Trump said. "Look, who was the king of that for many years? Me! You give money, and you don't ask for anything? No, believe me, you have total power over these people. Total power."

Trump also said that he probably wouldn't run as an independent, because Hillary Clinton would be the "worst of the presidents ever," in part because she's already proven herself to be a criminal. "But assuming she's running," he said, "I'm the one who can beat her. My preference -- and what I want to do -- is run as a Republican and win."

By way of explanation as to why, he offered that "we have so many things to do, we don't have time for other things. I think doing a third party would be very difficult, and I have other things to do."

Trump didn't rule it out entirely, only saying that "if I get treated fairly, if I get a fair shot at this -- if I'm not getting sabotaged by all this nonsense and a lot of phony adds that they throw a lot of minute into, ads that are all false, this and that -- I would have no interest in doing that whatsoever."