Are we starting to wake up to mixed blessing of tech bros? 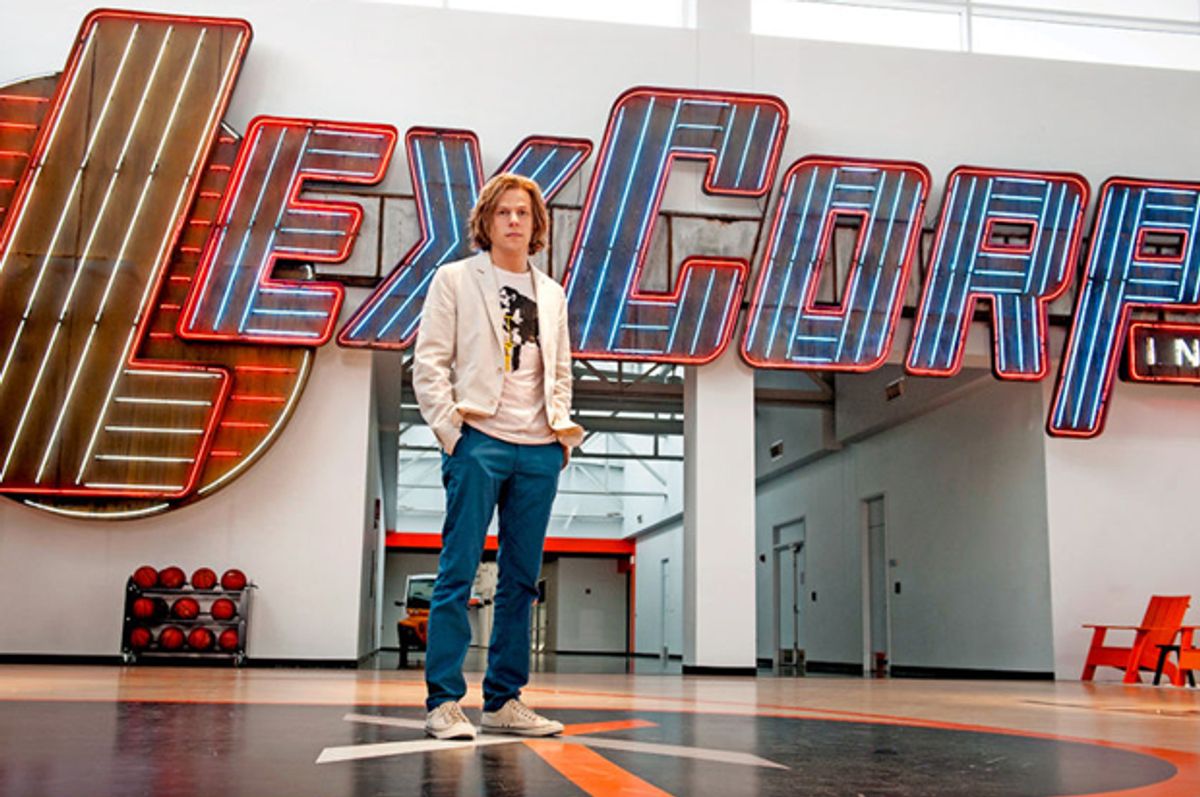 If you're the kind of person who follows the news or lives attentively in the world -- where numerous jobs have been destroyed by digital "innovation," where tech money has converted entire regions of the country into middle-class-free zones -- it may seem like we've been experiencing an odd mismatch. Whatever mixed blessing Silicon Valley and its spawn across the country may be, our movies continue to offer us high-tech heroes, whether actual superheroes like Tony Stark (Robert Downey, Jr.) of "Iron Man" or punk/hacker/underdogs like Lisbeth Salander and her motley friends in "The Girl With the Dragon Tattoo."

The upcoming Steve Jobs biopic shows the apotheosis reaching new heights, even though Jobs seems, from the trailer, to be framed as a flawed artist-god in the way we might once have imagined Vincent Van Gogh or Ernest Hemingway.

Even the critical take in "The Social Network" made working at a tech company looks "sexy." And the guys in HBO's "Silicon Valley," as nerdy as they are, come across as mostly benign.

The social critic Neil Postman called our state a technopoly, in which technology had replaced culture and tech-worship had replaced skepticism in a country that had generally had warmer feelings about technology than the rest of the world.

This is why I'm especially pleased to see the new images for "Batman v. Superman: Dawn of Justice," the Zack Snyder film that opens next March. Jesse Eisenberg -- who played one of the few memorable tech villains, Facebook founder Mark Zuckerberg in "The Social Network" -- appears as a new kind of Lex Luthor. Here's the site Collider, which compares him to the rather tense superheroes in the film:

It’s Jesse Eisenberg’s Lex Luthor who appears to be the most relaxed of the bunch, as the character’s 21st century iteration evokes the tech CEOs of Silicon Valley with maybe a touch of Zuckerberg thrown in for good measure.

Portraying the iconic Superman villain as a young, bullish head of hip LexCorp is a smart way to go—the face of Big Business is changing, and I’m eager to see if any specific Silicon Valley folks have informed Eisenberg’s performance here.

Eisenberg has long, wispy blond hair and wears a pale jacket over a T-shirt, capturing the hippie-meets-hipster-meets-bro roots of a certain kind of Silicon Valley type. ("That ape-with-a-detonator T-shirt," Empire says, "looks like more than a hint at the thoughts percolating inside his big brain.")

These tech types don't typically live in secluded lairs like Luthor, but they can be equally destructive, and not just toward superheroes. Some of their effect is abstract -- they have found ways to destroy your local book store or record shop, to capture and sell your private data, for example. But some of it is tangible and takes place at street level. The essayist Rebecca Solnit writes about the way Silicon Valley tech companies have decimated formerly secure parts of her city, San Francisco, as surely as a pack of raging jackals. This is what it looks like, these days, to find a place to live there:

At the actual open houses, dozens of people who looked like students would show up with chequebooks and sheaves of resumés and other documents and pack the house, literally: it was like a cross between being at a rock concert without a band and the Hotel Rwanda. There were rumours that these young people were starting bidding wars, offering a year’s rent in advance, offering far more than was being asked. These rumours were confirmed. Evictions went back up the way they did during the dot-com bubble. Most renters have considerable protection from both rent hikes and evictions in San Francisco, but there are ways around the latter, ways that often lead to pitched legal battles, and sometimes illegal ones.

That scene will probably not appear in "Batman v. Superman," but it's easy to imagine Eisenberg's Lex Luthor showing up in South of Market to outbid the mere mortals.

It may be that we look back at our worship of cool/nerdy tech heroes over the last decade or so the way we once looked at bankers. Novelist Teddy Wayne has written about the similarities, and the way Silicon Valley now beckons young people the way Wall Street did in the '80s: "In a 2014 survey of 15,000 millennials by the firm Collegefeed," he points out, "11 of the top 12 companies they most wanted to work for were tech outfits."

Is this all too much to pin on the villain in an upcoming movie? Maybe. But here's hoping that Eisenberg's Luthor becomes a kind of Gordon Gekko figure -- with a catchphrase to match -- and makes clear just how much damage these guys can do.