President Johnson thought he could control the military engagement in Vietnam. Modern leaders should take note 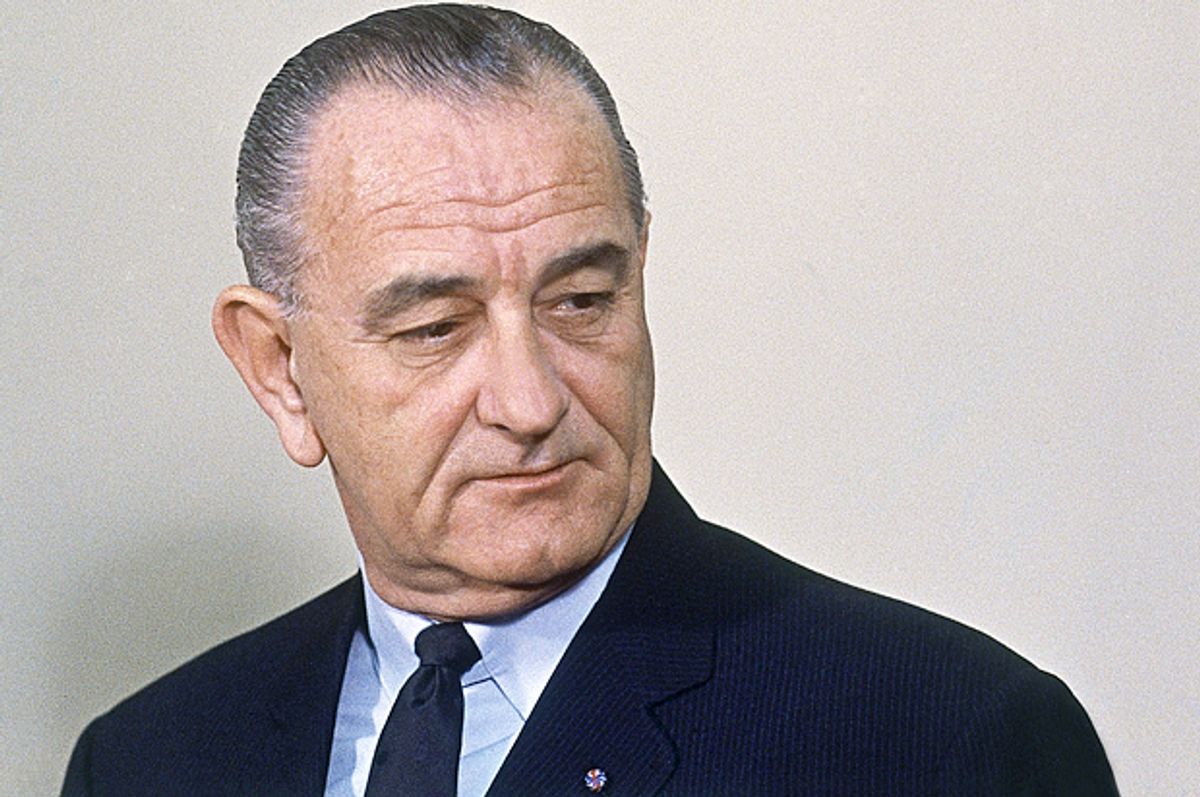 Fifty years ago today, President Lyndon Baines Johnson announced his fateful decision to double the number of U.S. troops in Vietnam. What he did not divulge publicly was that the United States would take over from South Vietnam the burden of the fighting. The war would be Americanized.

Many of Johnson’s telephone calls were recorded, and the quite remarkable conversations during the weeks he pondered this decision provide an intimate portrait of his thoughts and fears.

From the start, he recognized that the United States had reached a Vietnamese Rubicon. It was “a new war,” he conceded to his military advisers. In these weeks of deliberation, he evinced not a word of optimism. He told Secretary of Defense Robert McNamara in June that “not a damn human thinks that 50 thousand or 100 thousand or 150 thousand troops are going to end that war.” “We’re trying to hold what we got. And we’re losing at the rate we’re going.”

Yet LBJ did not seriously contemplate getting out of Vietnam. He equated compromise and withdrawal with cowardice and weakness—“tuck tail and run” was a phrase he applied frequently and disparagingly to anyone who wanted to do less than hold the line. When McNamara warned of the “very heavy risk” of escalation, the president responded that the risk of “walking out” was greater. He derided antiwar protestors as “beatniks” and “kooks” who, he claimed, were controlled by “the Communists.”

Inasmuch as Johnson explained his refusal to seek an exit from Vietnam, he repeatedly--indeed almost ritualistically--did so on grounds of upholding U.S. credibility. If “we walked out of there we would bust every treaty we got,” he told a senator. “Forty four nations would say that the United States couldn’t be depended on for anything.”

For LBJ, escalation of the war posed an awful dilemma. July 1965 was the moment of his greatest triumph with passage of Medicare and voting rights legislation, two key pieces of his domestic reform program. But he was also painfully aware that taking over that “bitch of a war,” as he later called it, might destroy the “woman I really loved,” his Great Society—perhaps even his presidency. Throughout these weeks, he was a tormented man, certain of what he must do but skeptical of success, prickly and thin-skinned in the face of rising dissent.

After days of agonizing deliberation, Johnson made his momentous decision. He would give the military most of the troops they wanted but in a way he believed would minimize threats to his Great Society and keep control of the war in his hands. He rejected McNamara’s proposal to mobilize the reserves and put the nation on a war footing. He provided the troops in increments over a period of months to avoid seeking new appropriations from Congress.

He rationalized and publicly defended his decisions by insisting that his low key approach would minimize the risk of World War III. Although keenly aware of the significance of what he was doing, at his July 28 press conference, scheduled at noon to minimize attention, he flatly denied any change of policy.

LBJ’s approach was fatally flawed. In seeking to control complex and perilous events, he might well have heeded Winston Churchill’s admonition that once at war, leaders are “no longer the master of policy but the slave of unforeseeable and uncontrollable events.” He accurately assessed the unbending determination of his North Vietnamese enemies to prevail. It is thus hard to understand his vague hope that a limited show of force might somehow persuade Hanoi to negotiate on U.S. terms. He misjudged his ability to sustain support at home for a limited conflict that produced no more than a costly stalemate. And the stealth and deceit he used in going to war inevitably sparked a backlash when that war failed to produce results.

Johnson’s dilemma—and his resolution of it—still resonates today. Although based on flawed assumptions and a dubious foundation for policy, what has been called the “credibility addiction” has continued to influence policymakers as it did LBJ, pushing the Obama administration toward intervention, first in Syria, now against ISIS. The temptation to do something, even in areas of marginal importance and not susceptible to U.S. influence, seems well nigh irresistible.

Why and how Lyndon Johnson took this nation to war in 1965 demands another look.

Historian George C. Herring is the author of "The War Bells Have Rung: The LBJ Tapes and the Americanization of the Vietnam War," published by the University of Virginia Press.