The absolute worst advice we give Americans struggling to pay rent

To break the cycle of poverty, we have to address increases in rent itself, not just where people choose to live 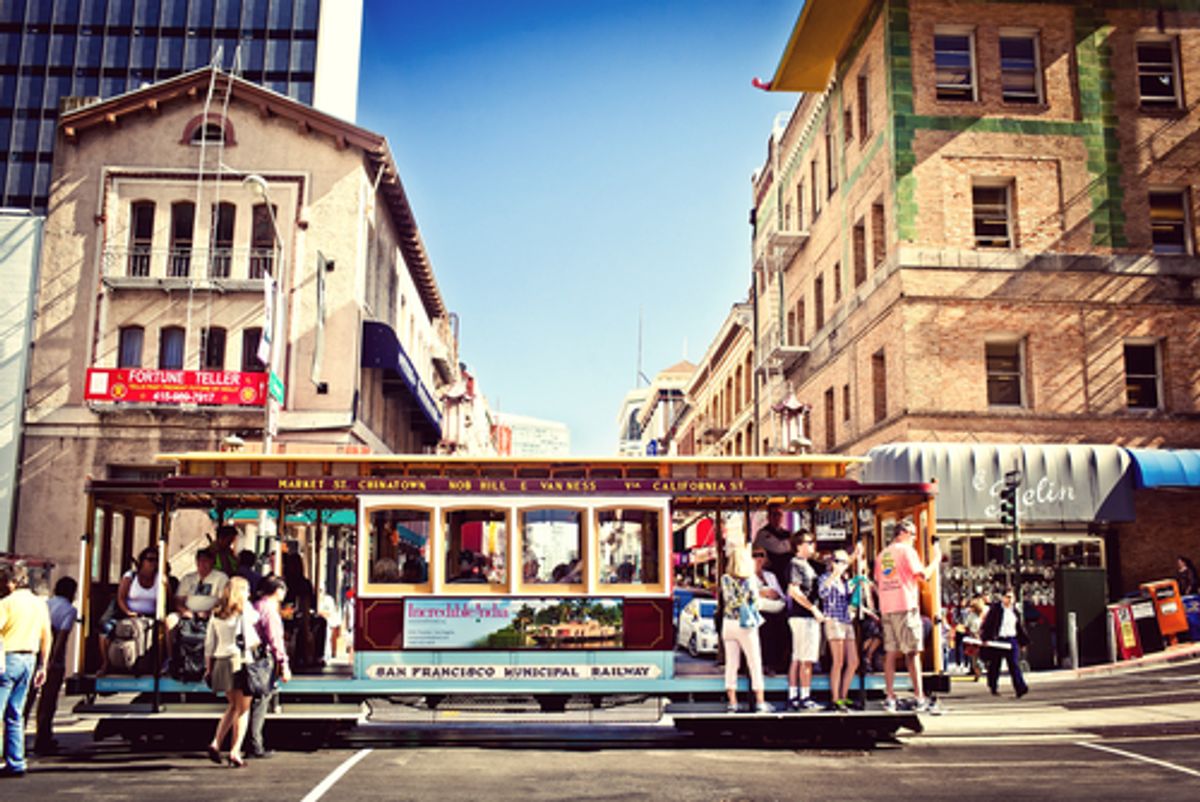 But it’s not just dwellers of those metropolitan areas who are having a hard time paying the rent. According to a report out this week from the Harvard Joint Center for Housing Studies, more than half of renters in America are considered to be financially burdened by their rent, meaning that they spend more than 30 percent of their income just on where they live. High rents have become a national crisis.

More from The Daily Dot: "NASA releases jaw-dropping photos from the dark side of Pluto"

And yet, when I write about poverty and debt on the Internet, there’s always someone—in the comments, on Twitter, or even in person—who will suggest that the issue isn’t so much a system that makes it hard to get ahead, but rather, the result of poor decision-making. The simplest solution, they will propose, is that people who are in financial turmoil “just move somewhere cheaper.”

That is terrible advice.

To address the cycle of poverty, we have to address increases in rent itself, not just where people choose to live. To suggest that the solution to the rent crisis is for everyone who’s being priced out is to “just move” is to derail a much bigger conversation about why people live in poverty and what can be done.

High rents are a national, not just an urban problem. Real estate company Zillow noted this year that in 2015, rents increased nationally by more than 3 percent. Meanwhile, personal incomes are creeping along; in May of 2015, disposable personal income grew just .5 percent. The average national rent, according to ApartmentGuide, is close to $800, while working full-time for the federal minimum wage nets you just under $1,000. Large portions of the country are unaffordable for those making even $10 per hour.

But even when there are less-expensive markets to move to, for individuals who are already living in or near poverty, the reality that moving is not always even a possibility.

Moving houses—let alone cities—by necessity mandates that a person have some liquidity of finances. The costs of moving are many: renting a truck or even just owning a car with with to move your things, possibly putting your things in storage, paying for a background check, a deposit, and a first and a last month’s rent just to get in the door.

Then factor in loss of time on the job. If you’re moving due to income constraints, there’s a good chance that you’ll also be changing jobs because you do not have the kind of job that will relocate you. You might have to go several days without wages—or miss a paycheck altogether. This is something that, according to one estimate, over 60 percent of Americans literally can’t do without ending up on the street.

And the reality is that finding a job will take more than just a few weeks. The median duration of unemployment in the United States is about 11 weeks.

But beyond the granular math, there are larger implications to assuming that the solution to being priced out is to move on, rather than to simply pay higher wages. Because remember: When we talk about workers being priced out, we aren’t just referring to the food service industry. We are also talking about those individuals in trades that are necessary to essentially every town and city, and where raises and increases simply don’t keep pace with the cost of living.

More from The Daily Dot: "The war on female voices is just another way of telling women to shut up"

Teaching has long been a career path with notoriously low wages, but for many years, they were at least living wages. This is no longer the case in the current climate of unaffordable housing and tight budgets. In the city of Seattle, the base teacher salary is reported to be about $50,000; meanwhile, a one-bedroom apartment within 10 miles of the city costs about $1500, almost twice as much as it did six years ago. This means the wage you need to rent and not spend more than 30 percent of your income is around $54,000.

However, teachers can’t “just move” somewhere more affordable.Aa report from the National Center for Educational Statistics found that teacher salaries actually decreased in many areas, meaning the pursuit of cheaper rent may also come with a lower income.

Other essential, traditionally middle-class workers are being edged out of metropolitan areas, and there are real consequences. Most police officersdon’t live where they serve. In Portland, Oregon, where rents rose over 20 percent in the last five years, just under 25 percent of the total police force actually lives in the city—and those who do live in the city limits are much more likely to be non-white. Those who live outside the city are less racially diverse.

This pattern is true in many large cities, including San Francisco and Denver. In the conversation surrounding police tactics and violence, having a police force that actually represents the community they serve is crucial to curb implicit bias.

Unfortunately, this will prove difficult in many cities. In New York City, where the annual salary for a police officer is $62,000, the average monthly rent is over $3,000, which is well out of reach.

And even if all of these workers do move out into a less-expensive area, they’ll still need to get into the city if they plan to commute. The cities with the worst traffic congestion also tend to be those which are the least affordable. In Seattle, middle-class workers are being displaced every year, which is also leading to some of the worst traffic in the nation.

Lower-rent markets may also, for some marginalized groups, literally be more dangerous. A privileged person—a straight, white person—can move wherever they want and feel safe and know that someone will rent to them, but not everyone can. The most affordable rental markets in the country are almost exclusively clustered in the southern states—and also happen to overlap with those states where there are the most hate crime groups.

Hate crimes are a daily reality for LGBT individuals in rural areas, and laws regarding protection and discrimination vary widely. For example, as the Association for Psychological Science points out, while Dallas and Fort Worth both have laws explicitly prohibiting employers from firing workers based on sexual orientation or identity, neighboring towns (with lower rents) do not. Moving even one town over, then, can be the difference between employed and unemployed.

Unfortunately, those cities most often listed as the most LGBT-friendly also tend to be the most expensive.

There is also the issue of access. Poorer areas (i.e., those where lower-income folks might move to escape excessive rent) also tend to have worse access to medical care and social services. They often offer fewer resources and more barriers forcare, housing, and work for those who have disabilities. And as conservative lawmakers block access to abortion providers and other women’s health care resources on a state level, women are left with fewer options about where they can move and still get care.

More from The Daily Dot: "In the wake of the Charleston shootings, new poll finds that race relations are at a low"

According to the Guttmacher Institute, “in 2010, there were 55 fewer safety-net health centers providing publicly supported contraceptive care in Texas than nine years earlier, and the remaining providers served 20 percent fewer women than before.”

Living in a smaller, less-robust market also perpetuates the cycle of poverty. Unless your trade expressly takes you to a rural area or is in agriculture, a city is an easier place to find work, to become more skilled, and to move up in the ranks. What are those who are told to “just move” supposed to do—go somewhere with a smaller base of jobs, somehow become more proficient and competitive at their skills, and then come back to the urban core? That’s not going to help them climb the corporate ladder.

Instead, we should be moving people into cities and toward each other. Research has shown that when children grow up in mixed-income neighborhoods, they stand a better chance of achieving greater wealth than the generation before them. If we want people to be less dependent on social services—and to no longer struggle to pay rent—we have to let them live places where there is opportunity.

There are a lot of ways to potentially solve the crises of spiking rents, poverty, and homelessness. But telling every person who is struggling financially to up and leave town is not one of them.