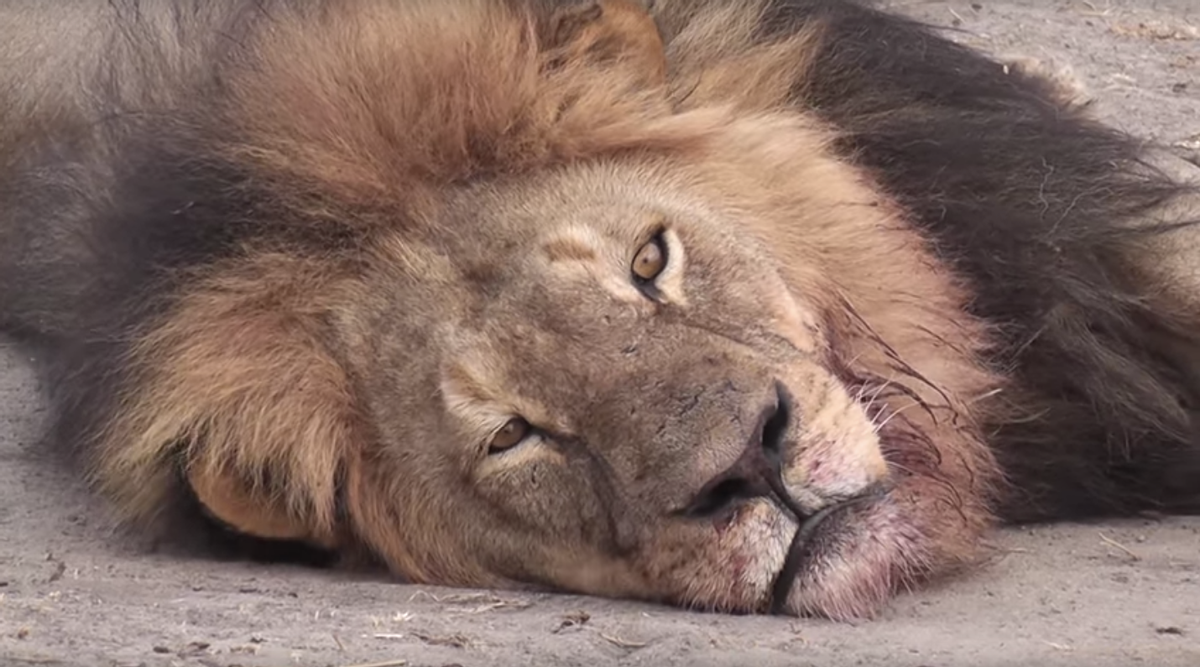 Cecil, a beloved Zimbabwe lion, was illegally lured out of a national park and killed earlier this summer by foreign tourists who allegedly paid $55,000 for the trophy.

The 13-year-old lion was a tourist favorite, known for his willingness to be photographed, and wore a GPS collar -- which the hunters removed -- as part of a research project. And the circumstances of his death were particularly despicable: according to  Johnny Rodrigues, who heads up the Zimbabwe Conservation Task Force, Cecil "was lured out of a national park with food, shot with a crossbow, tracked for 40 more hours, then finished off with a gun."

According to the Telegraph, the culprit was this guy: Walter Palmer, a Minnesota-based trophy hunter "said to be capable of skewering a playing card from 100 yards with his compound bow" as well as a dentist who boasts of his "unique talent for creating dazzling smiles that complement each individuals tooth structure, skin tone, and facial attributes." (Palmer disputes the charges, telling the Star Tribune, "“Obviously, some things are being misreported.”)

The professional hunter who assisted Palmer, as well as the owner of the land bordering the park where Cecil was killed, are facing poaching charges. And while there's no word on Palmer's criminal liability, his dental practice is suddenly boasting some pretty horrendous one-star Yelp reviews.

The top review, from one Luis R. in Miami, is typical:

One of the worst human beings on the planet.  He hunts endangered animals for fun.  DO NOT DO BUSINESS WITH THIS MAN!

Others are questioning whether a person responsible for Cecil's death is really someone you want standing over you with a drill:

This MONSTER, Dr. Walter Palmer, a dentist from Minnesota, paid £35,000 to lure out of Hwange National Park, and then shoot and kill Cecil, a much-loved lion, with a bow and arrow.

Would you trust him to care for your teeth???

...and are urging potential clients not to hand over their money to someone who'd use it to fund hunting trips:

According to this dental practice's website, Dr. Palmer loves the outdoors. He can be seen "taking photographs" of beautiful wildlife all over the world. What it doesn't say, is that he participates in illegal poaching, "canned" killing and trophy hunting of protected species. If you want to support the extinction of the planet's most beautiful endangered animals, then by all means, give this psychopath your money. If you care at all, avoid this murderer like the plague.

"Plus," added one particularly enraged reviewer, "I heard he's realllllllllly bad at dentistry."