Why millennials are abandoning the Catholic Church

Pope Francis is wildly popular among young Catholics, but new research suggests even he can't keep them in the pews 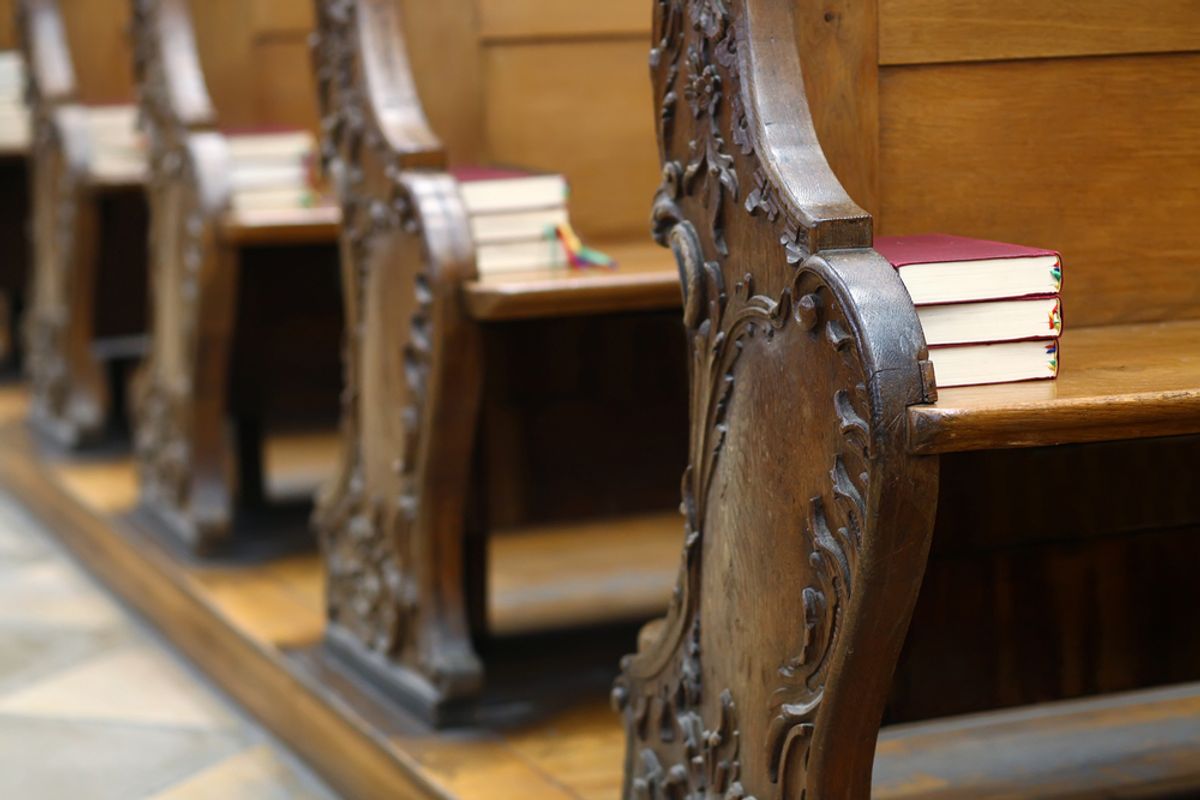 A new survey from Catholics for Choice on the opinions of Catholic millennials as regards doctrinal issues might make the church’s traditionalists want to brace themselves. But its findings are also somewhat unsurprising to anyone who spends time around younger Catholics, whose political and social leanings mirror the open-minded stances of their increasingly non-religious peers.

In spite of the widely mocked Catholic Vote video of young people “coming out”as believing that marriage is between a man and a woman, marriage equality is embraced by Catholic millennials. 69% “strongly” or “somewhat” support legal same-sex marriage.

In the wake of the firing of multiple Catholic school teachers who are openly gay or lesbian or married to a same-sex partner, and the ensuing grappling over Catholic teacher contracts that explicitly prevent teachers from being open about their sexuality, younger Catholics have chosen the side of the teachers. 71% say Catholic schools should not be able to fire teachers for being LGBTQ. On gender in the church, Catholic millennials follow similar thinking, with 75% supporting women having an equal role in the church.

Pope Francis is popular among young Catholics, with only two percent having a negative view of him. But the American church hierarchy is not looked on so kindly, and there is an increasing emphasis on a separation between politics and religion. A full 80 percent of respondents said they felt no need to follow the bishops’ advice when it comes time to vote, and 77 percent said Catholic politicians were under no obligation to follow the bishops either.

What’s missing from this survey, however, is the question of church attendance. How much are these Catholics who disagree with and question church teaching are actually showing up? Christian Smith, the head of theNational Study of Youth and Religion at Notre Dame, says the situation with Catholic millennials participating in church culture is “in fact, grim.” Only 16% of millennials self-identify as Catholic according to Pew. That 16% is the group the church is struggling to hold on to.

So if they are increasingly choosing the liberal side in the culture wars, are they really still Catholic?

Canon Law 204.1 states that a Catholic not only has to be baptized, but also “share the profession of faith, the sacraments, and ecclesiastical governance” to be “considered in communion with the Church.” Canon Law 208-223 has more specific rules for acting out the obligation of the laity, but some of those rules are ambiguously stated, including 209.1, which tells us that “the Christian faithful, even in their own manner of acting, are always obliged to maintain communion with the Church,” or 210, which says that Christians should try to lead a “holy life” but “according to their own condition.”

The linguistic ambiguity of Canon Law, along with the fact that very few Catholics bother to read it, means that belonging to the church is ill defined.

For most Catholics—and especially for younger ones whose Boomer and Gen X parents may themselves have drifted from the church, slipped in their catechesis, or willfully ignored some of its teachings on sexual issues (the increasingly smaller number of children born to Catholic families is empirical evidence of that)—their Catholicism may have always been a self-defined identity rather than a strident one.

Some Catholic millennials, however, cleave tightly to church teachings, and because many come from loosely Catholic homes, much of their faith formation takes place when they are college students. The recent Planned Parenthood sting video was put together by the anti-abortion group Live Action, which was founded by a Catholic millennial and convert. Lila Rose was catechized at UCLA by the secretive and conservative Opus Dei religious order, which does aggressive recruiting at many secular college campuses. Rose became notorious for her heavily edited and often factually problematicinvestigations of Planned Parenthood, and often speaks in interviews about how much her Catholic faith influences her work.

Partially as a response to the dwindling number of young Catholics, the campus ministry group FOCUS(Fellowship of Catholic University Students), similarly to Opus Dei, sends missionaries – many of whom are recent college graduates themselves — out to secular college campuses, where they run bible studies and other group activities.

A version of the FOCUS handbook on Wikileaks emphasizes adherence to church teachings as key to successful evangelization. Missionaries are expected to be chaste and sober, and to focus on finding “disciples” who they recruit into groups, and whose progress toward conversion and weekly participation is closely tracked.

Most recently, FOCUS’ training has taken place at Ave Maria University in Florida, which, along with the nearby town of the same name, was founded by Domino’s Pizza owner Tom Monaghan, a traditionalist Catholic. Monaghan said in a statement this year that his intention in founding Ave Maria was to “help bring as many souls to heaven as possible,” which makes Ave Maria a natural setting for FOCUS.

Ave Maria may be a small school, with just over a thousand students enrolled and some signs of financial problems, but Monaghan has ambitious ideas for what it might do to spread traditionalist Catholicism. He told the National Catholic Register that “you had no religion with the so-called liberals,” and referred to other Catholic colleges – mostly run by religious orders like the Jesuits — as “so-called Catholic schools.”

At secular campuses, Catholic outreach to students is mostly in the hands ofNewman Centers or Newman Clubs, which are often run by members of religious orders, including Dominicans, Jesuits, and the Paulist Fathers. Newman Centers have historically been multi-generational, and many have embraced ecumenism, interfaith activities, and social justice – all of which would seem to appeal to the more liberal-leaning younger Catholics polled by CFC.

However, that same spirit of openness that characterizes Newman Centers has met with backlash from the bishops, who were mostly appointed by Popes Benedict and John Paul II. Bishops in Albuquerque; Davis, California;Minneapolis, and Berkeley, California* have removed priests and entire religious orders from Newman Centers and replaced them with diocesan priests or younger priests. The reason is often listed as a fall off of student attendance at those parishes.

What is not as often publically addressed in these staff turnovers is that fact that campus ministries are expected to be a source of vocations. With less than 40,000 men in training for the priesthood in 2014, this means that there’s an increased urgency in developing young Catholics who will take an interest in serving the church for life and in evangelizing their non-religious peers. Whether groups like FOCUS or Opus Dei or schools like Ave Maria will be able to recruit enough young Catholics to counterbalance the increasing number of Nones, however, is unclear.

What is clear, however, is that the more young Catholics start to embrace marriage equality, safe and legal abortion, access to contraception, and the liberal side on many other issues in the culture wars, the more of those same Catholics will also drift away from a church they perceive as incapable of change.

Perhaps they’ll attend mass on occasion, and perhaps they’ll still call themselves Catholic, but in many ways, their faith will be a loose garment rather than a straightjacket.

*Full disclosure: the Berkeley Newman Center is where I sometimes attend church.