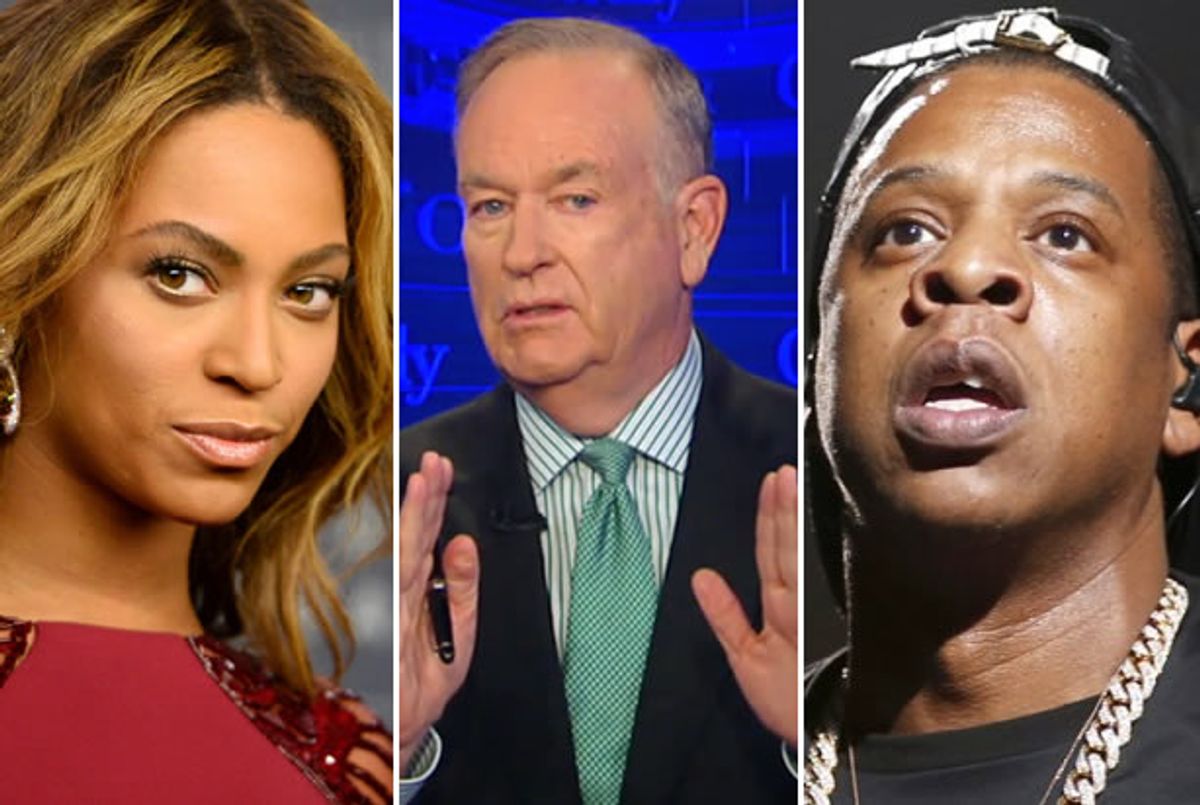 On "The O'Reilly Factor" Tuesday evening, host Bill O'Reilly "investigated" the group Black Lives Matter by speaking to the Washington Times' investigative reporter Kelly Riddell about how the group is funded -- and how it sticks to its radical "narrative."

"I don't know whether this crew 'Black Lives Matter' have any constituency other than the radical left," O'Reilly said, by which he meant celebrities like Jay Z and Beyonce, as well as billionaire George Soros. "They're fringe nuts who run around the country saying crazy things. Have they made any inroads into more established positions?"

Riddell information him that Black Lives Matters is actually an umbrella term for a number of groups of social justice organizations. "All these groups have in common are three things," she said, "they believe that it's social policy and 'The Man' and the professional political class that's out to get them, and that all of their social and economic woes can be based on unfair policies."

"Second, they're very well-organized," meaning that "they have think tanks that put out 'the narrative,' and the narrative is followed by all of these organizations." The group uses "professional protesters" to "basically rile up whatever the local vibe is there." And lastly, of course, all of these groups are funded by George Soros' Open Society Foundations.

"So, $33 million Soros dollars to agitators, who are organized to disrupt the Republican National Convention," O'Reilly replied. "But what about Jay Z and Beyonce -- here are two extremely famous individuals. Do you think they know that giving money to an anarchistic group like this that wants to tear down the country and talks about genocide, do you think they have any idea what they're doing?"

Riddell said that she thinks that the couple does, claiming that there are Malcolm X-type radicals within Jay Z and Beyonce's inner circle.