Cara Delevingne tangles with local morning show anchors in an interview gone off the rails: How did this TV trainwreck happen? 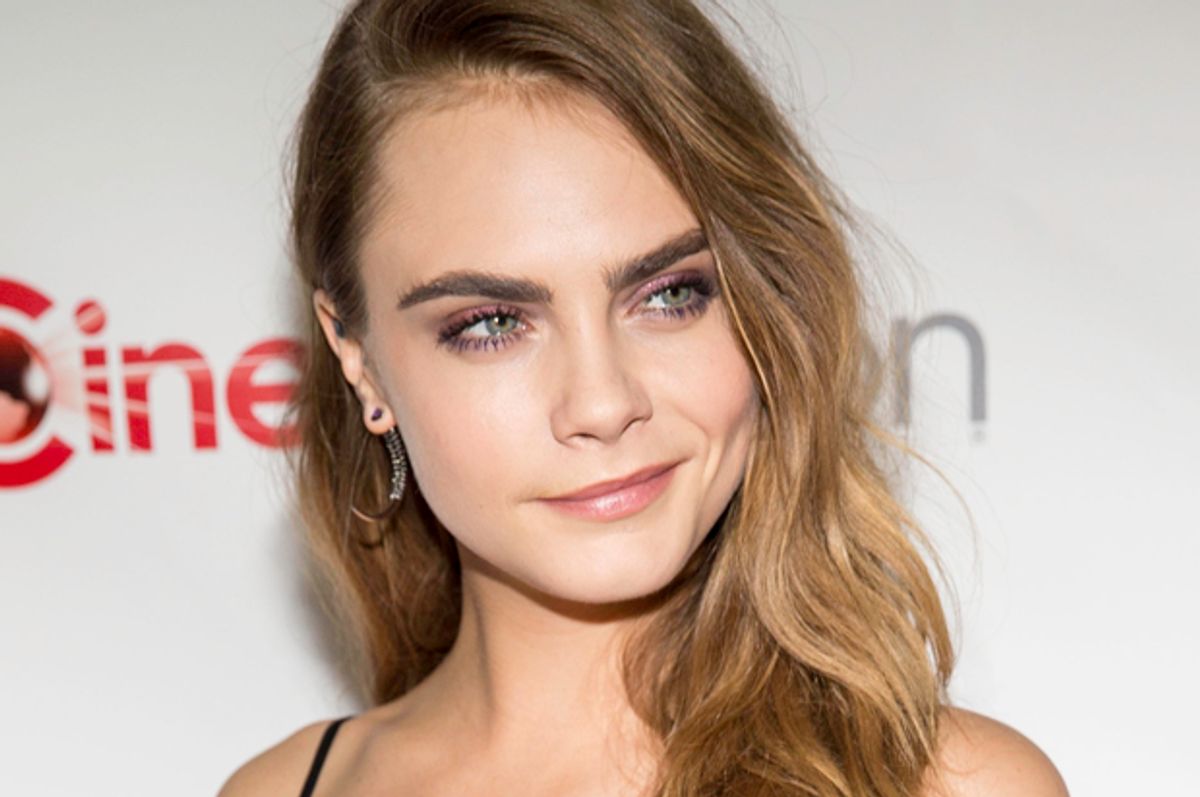 When an encounter goes off the rails, it's natural to ask whose fault it was. But the interview actress/model/Friend of Taylor Cara Delevingne completed this morning with "Good Day Sacramento" was not only so clearly the result of bad behavior on both sides, it's so painful to watch you wonder whose idea this disastrous blind date was.

The 22-year-old Delevingne was patched into the show from New York to do publicity for "Paper Towns," the new movie based on a novel by Young Adult writer John Green. (She plays a Florida teenager named Margo who disappears after a brief road trip.) Even before the first question was thrown at her, she was just about rolling her eyes. It may be that this was not going to go well no matter what happened. But the fact that the show's hosts kicked it off by addressing her as "Carla," and then asked her if she'd read the book her movie was based on, sent things in a very hostile direction.

"No, I never read the book or the script," Delevingne replied. It wasn't just the bad question -- meant, probably, to be a joke -- or the sarcastic answer: This was like an Evelyn Waugh scene pitting a bored Brit against boorish Americans. It's like they were all culturally programmed not to meet each other halfway.

For a minute, though, it looked like the two sides could sync up a bit. The Midwestern-jaunty Ron Burgundy-style anchormen and anchorwoman -- the show describes itself on Twitter as "unscripted zaniness with a side of news, served up to you 7 days a week from Sacramento's favorite TV people"-- could have picked up on the actress's ironic style.

And Delevingne could have realized that for an interview designed to promote a movie, you can just offer a few pro forma answers and be done with it. She drifted into those kinds of autopilot responses a few times (when she talks about how she loves the novel and author, how acting is her "passion") and while for most interviewers these answers are depressing -- they tell you just about nothing -- here they showed the possibility of detente.

But it doesn't get better. Strangely fascinated with how busy she is (is life in Sacramento really so slow?) they ask her again about how she keeps focussed with her crammed schedule ("you're doing one thing after the next after the next"), and she again refuses to engage. ("I don't know where that comes from," she responds.)

Instead of asking something straightforward but potentially revealing like what drew her to the role of Margo, one asks if she had anything in common with the character she plays, provoking "No, I actually hate her." Things stay bad from here, like when the Burgundies ask her why she's less pumped up than she was in London. "Are you just exhausted?"

"You do seem a bit irritated," one asks her. "Perhaps it's just us."

After a while, the anchorwoman opts for a mercy killing. “We’ll let you go then, how ’bout that?” she says. “Why don’t you go take a little nap, maybe get a Red Bull?” And after she's gone, we hear: “You make $5 million for six weeks worth of work, you can pretend to talk to 'Good Day Sacramento' with some oomph.”

In the press and on social media today, it's being called a trainwreck, painful, awkward... it's all those things. Some are blaming unprepared anchors, others a smug actress-model.

It's not easy to be on either side of the aisle in these kinds of exchanges. Local television anchors are often given very little time to prepare, and sometimes have to talk about the weather, crime, entertainment, and politics all in the same show. An actor or filmmaker sometimes speaks to media outlets one after the other, 15 or 20 minutes at a time, for hours on end. The whole arrangement is fraught with peril.

But this goes beyond the usual low level. It should be taught in journalism schools as a cautionary tale.

Delevingne, for her part, later tweeted that "Some people just don't understand sarcasm or the British sense of humor." Sure, that culture clash is part of what went wrong. But amateurism and hostility are a dangerous combination.

For a hotshot London model to get unplugged by a regional morning show is probably about as humiliating as it is for middle-aged television personalities to be patronized by a 22-year-old. Nobody won on this one. Who thought these guys would get along?