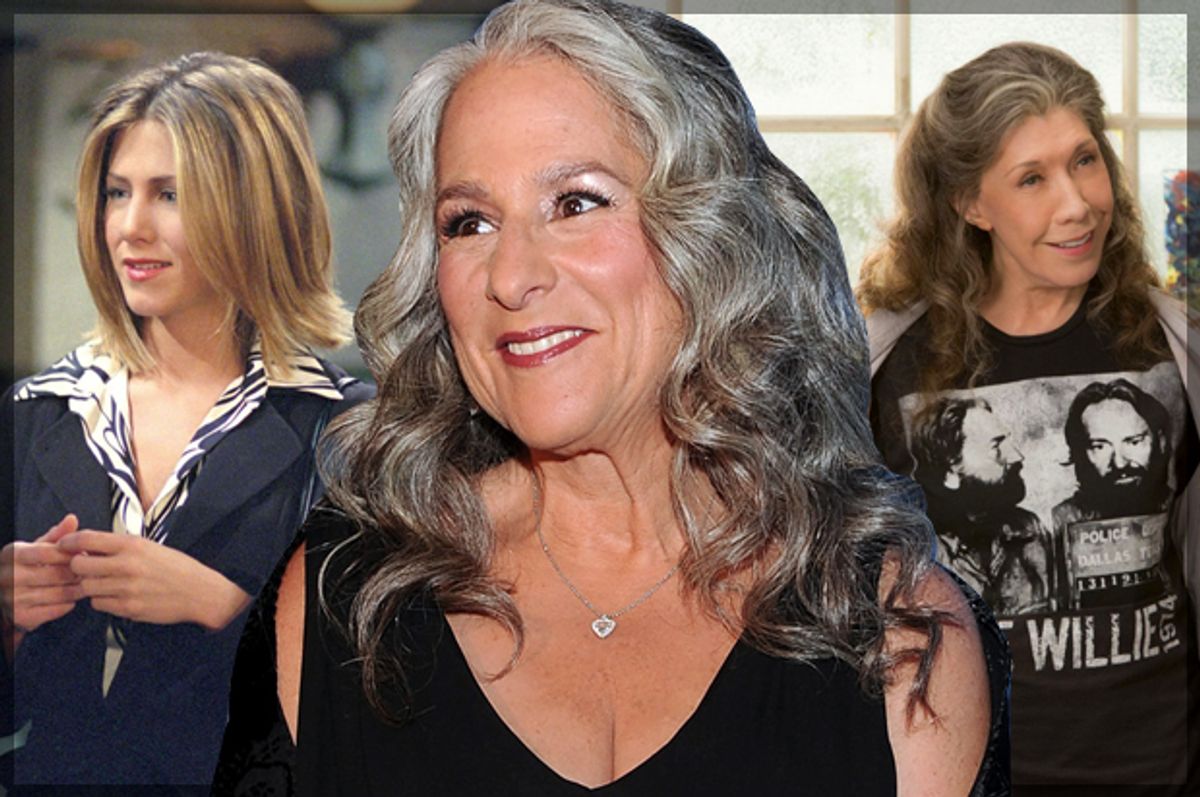 Remember when the cast of “Friends” got $1-million an episode for the last two seasons of the show, and everyone thought it was kind of insane? Turns out that show co-creator Marta Kauffman agrees.

“A million dollars an episode is kinda ridiculous,” Kauffman said at the TCA press tour on Tuesday. “Let’s be honest, that’s a lot of money.”

"I think it's inflated,” she continued. "And there’s something unrealistic about it. Not everybody is going to get a million dollars an episode. So I think actually what we’re all doing [now] is actually more reasonable and makes more sense.”

Turning the discussion to her new show “Grace and Frankie,” Kauffman said she is happy with the Netflix binge-watch model which doesn’t rely on weekly ratings (or prompt hungry stars to use those ratings as a financial bargaining tool). With only 13 episodes in a Netflix season, Kauffman says, the actors don't "feel like they have to get a car every time they do an episode.” Still: "If someday, the cast says, ‘We’re worth more than you’re offering,’ then we’ll deal with it then.”

While Kauffman’s remarks were largely hypothetical, the question of a raise for “Grace & Frankie’s” stars came up much more seriously a few months back, when it was revealed that the show’s female leads, Lily Tomlin and Jane Fonda, were getting the same pay as supporting actors Sam Waterston and Martin Sheen. Tomlin and Fonda both protested the wage gap, and Sheen and Waterston supported them, with Waterston saying "I think they're being cheated.”

But later, the two women retracted their demands, saying that while they "appreciate everyone's support and the attention to this issue... the structure of Grace and Frankie is fair, and we couldn't be happier to work with Skydance, Netflix and the great cast of this show."