Clinton says she was bothered by selectively edited videos but warns GOP to not single out the women's health org. 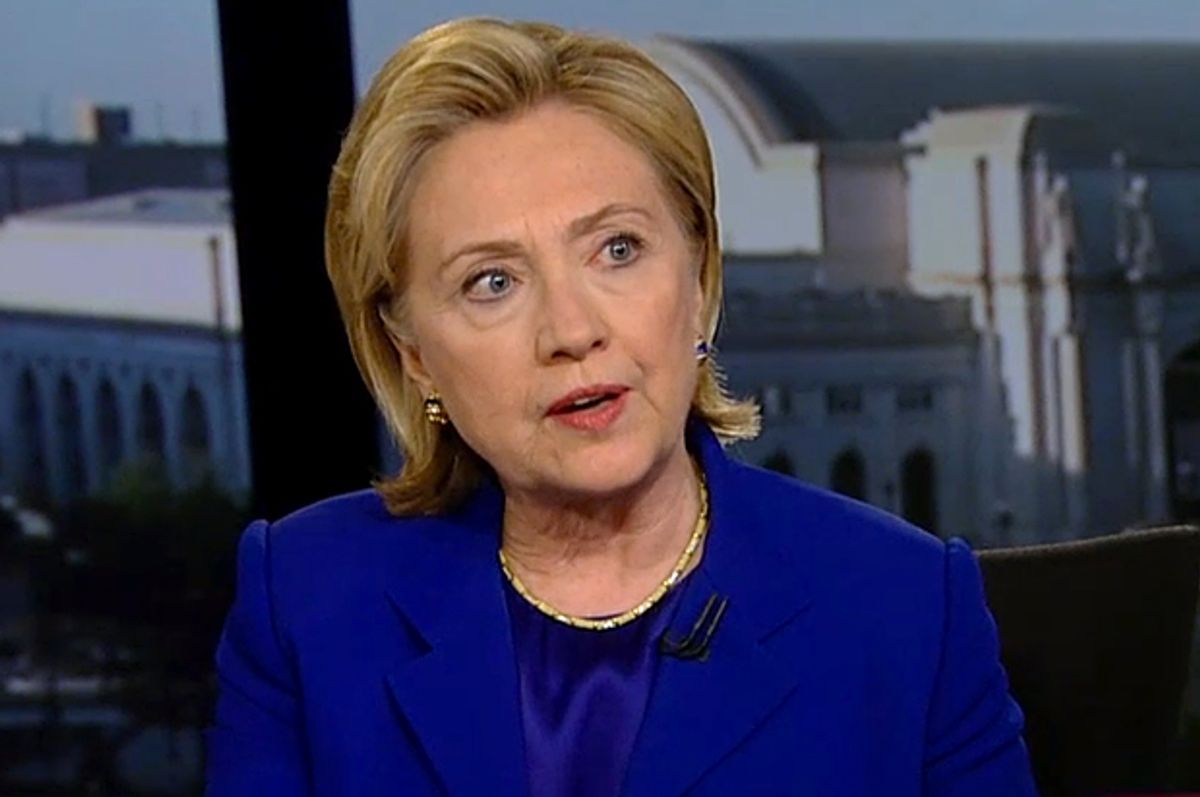 Hillary Clinton has vocally defended Planned Parenthood in the face of a deceptive right-wing attack, but after a third heavily edited video was released purporting to show organization executives "haggling" over fetal tissue donations, the Democratic candidate finally succumbed to the pressure campaign.

“I have seen pictures from them and obviously find them disturbing,” Clinton told the New Hampshire Union Leader today.

Following the release of a trio of deceptively edited "undercover sting" videos targeting the women's health organization, Senate Republicans have fast-tracked a bill to defund Planned Parenthood before they leave town for their five week recess (never mind the fact that many Republican leaders saw the videos weeks before their release this summer).

In the videos, Planned Parenthood executives are covertly recorded discussing the fetal tissue donation process with disguised conservative activists from the anti-abortion group Center for Medical Progress. Although fetal tissue donation, which Planned Parenthood insists it has never done for profit, is legal, Republicans have jumped on the release of the videos to attack the women's health organization that provides abortion procedures.

Republican presidential hopeful Sen. Rand Paul, credited his "persistence," in getting Senate GOP leaders to commit to a pre-recess vote on blocking Planned Parenthood's federal funding -- funding that is already barred from being used for abortion services. Paul has introduced a bill that would end all of the organization's federal aid. Planned Parenthood's latest annual report says it performs about 4.5 million tests and treatments for sexually transmitted diseases yearly, provides 3.6 million contraceptive devices and procedures and hundreds of thousands of cancer screens.

Clinton defended those parts of Planned Parenthood's mission today. “One, Planned Parenthood for more than a century has done a lot of really good work for women: cancer screenings, family planning, all kinds of health services."

Clinton has recently added a more full throated defense of the organization to her campaign stump speech. “I will defend a woman’s right to choose,” Clinton said in Iowa and New Hampshire this week, “and I will defend Planned Parenthood."