Why won't the Democratic front-runner answer a basic question on an important environmental issue? 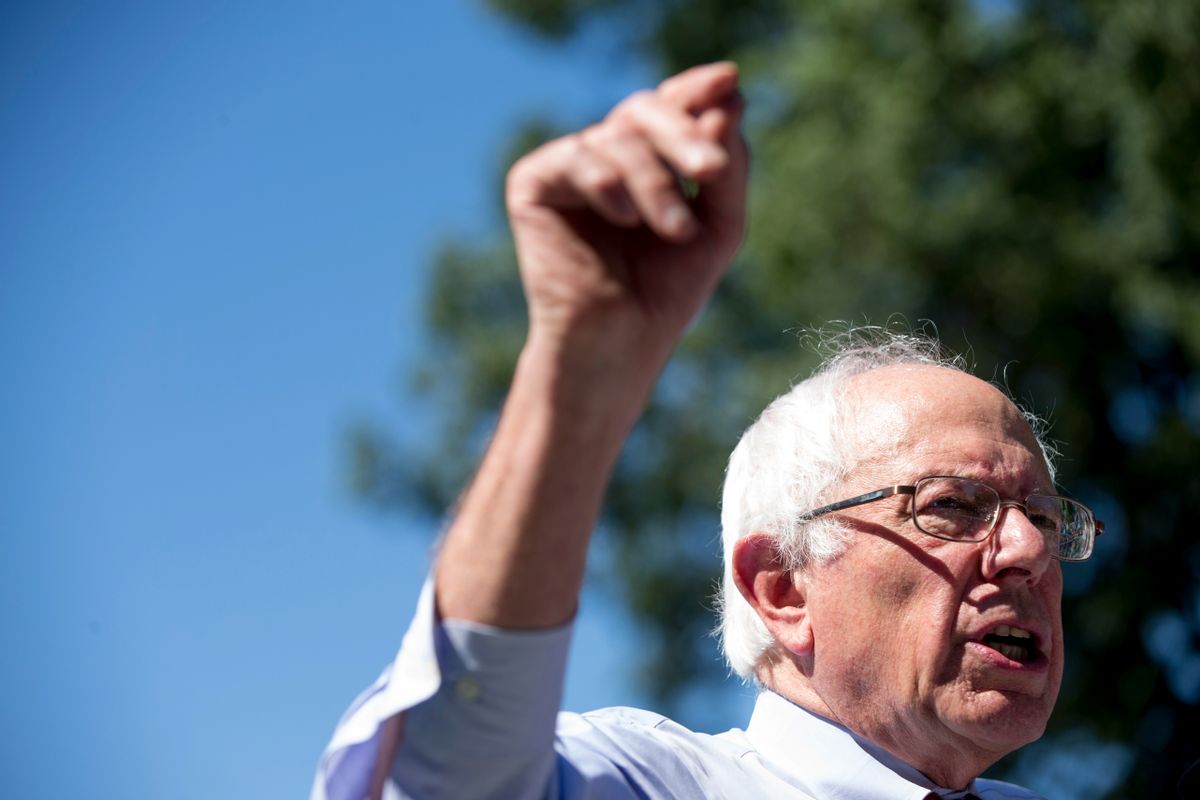 One attribute shared by Ronald Reagan and Barack Obama is the ability to communicate a message. While their messages differ politically, the speeches of both two-term presidents seem to hit the core of what voters were looking for during their respective eras. When a person is straightforward and forthright in their words, even a xenophobic and nativist New York billionaire can reach the hearts and minds of his constituency. After so long of being forced to hear vapid talking points and carefully crafted political rhetoric, Americans yearn for honesty and clarity in leadership.

This is why Hillary Clinton's style of communication is not only vague, but lends itself to criticism. A Washington Post article titled "Hilary Clinton's ridiculous hedge on Keystone XL" quotes the former Secretary of State's answer to a simple question about her stance on the pipeline:

Here's Hillary Clinton's "answer" to a question about whether she supports or opposes the construction of the Keystone XL pipeline at a townhall in New Hampshire today.

"If it's undecided when I become president, I will answer your question," Clinton said. "This is President Obama's decision. I'm not going to second-guess him."

Clinton went on to note that she was in a position unique among the 2016 field due to her time as secretary of state. "I'm in a different position than any other candidate," Clinton said. "I was there. I put this process together. I oversaw it for four years."

Therefore, is Clinton for or against Keystone XL? Her work as Secretary of State doesn't prevent her from answering the question, nor does her answer affect the White House. She could say that Keystone represents the worst in humanity, and the president would be fine with that sentiment, especially since he vetoed the Keystone bill earlier this year.

Also, when has a presidential candidate ever answered a question on a key topic with "If it's undecided when I become president, I will answer your question," as if the media and voters would simply accept this kind of response? A Huffington Post article titled "Hillary Clinton Cops Out On Keystone Question For Second Time In 2 Days" explains that "Environmentalists have ridiculed her rationale for staying neutral on the issue." Other publications have also inquired as to why Clinton is silent, yet she remains firm that America will have to vote her into the White House for an answer on the issue.

In contrast, Bernie Sanders is vehemently against Keystone XL. As for his differences with Clinton on Keystone, Politico quotes the Vermont senator in a piece titled "Bernie Sanders attacks Clinton's climate plan: 'Not enough'":

"It is hard for me to understand how one can be concerned about climate change but not vigorously oppose the Keystone pipeline," Sanders, who is challenging Clinton for the Democratic presidential nomination, said in a statement released on Tuesday.

"We must make significant reductions in carbon emissions and break our dependency on fossil fuels," Sanders said. "That is why I have helped lead the fight in the Senate against the Keystone pipeline, which would transport some of the dirtiest fossil fuel in the world."

While Sanders is proud to "lead the fight" against Keystone, Clinton ironically doesn't want to undermine a president who has already vetoed the legislation.

In addition to Keystone XL, the former Secretary of State has also been linked to"silence" on the Trans Pacific Partnership. Again, Senator Bernie Sanders disagrees with Clinton on this stance and is vehemently against TPP. A POLITICO article titled "Bernie Sanders accuses Hillary Clinton of 'cop-out' on trade" explains why trade issues should be boldly addressed by presidential candidates:

"I frankly don't understand how you could be a major candidate for president of the United States -- Hillary Clinton, or anybody else -- and not have an opinion on that issue," he said.

Clinton has outlined a few general principles for what the TPP ought to accomplish, but has declined to say explicitly whether she thinks the trade pact has actually met those conditions.

Asked whether he thought her silence is a "cop-out," Sanders replied, that, "Yes. It is."

It's important to note as well that the word "cop-out" has been used by several publications to explain Clinton's viewpoint on both the TPP and Keystone XL.

Sanders, meanwhile, is the antithesis of a politician who utilizes carefully crafted words aimed at appealing to as many people as possible. This was never more evident than in 2003, when Rep. Sanders had the same intelligence as Clinton and Cheney, but possessed enough wisdom and foresight to vote against Iraq. His words back then exemplify a principled and genuine human being:

Mr. Speaker, I do not think any Member of this body disagrees that Saddam Hussein is a tyrant, a murderer, and a man who has started two wars. He is clearly someone who cannot be trusted or believed. The question, Mr. Speaker, is not whether we like Saddam Hussein or not. The question is whether he represents an imminent threat to the American people and whether a unilateral invasion of Iraq will do more harm than good...

Mr. Speaker, I do not know why the President feels, despite what our intelligence agencies are saying, that it is so important to pass a resolution of this magnitude this week and why it is necessary to go forward without the support of the United Nations and our major allies including those who are fighting side by side with us in the war on terrorism...

Fifth, I am concerned about the problems of so-called unintended consequences. Who will govern Iraq when Saddam Hussein is removed and what role will the U.S. play in ensuing a civil war that could develop in that country?

While other leaders can't even make up their mind on issues like trade and the environment, Sanders relied on his knowledge of foreign affairs to go against the GOP and most of his colleagues and vote against Iraq.

The speech Sanders gave in Congress opposing the Iraq War is the height of communication in this day and age of poll-driven and public relations muddied dialogue. You'll never get a semantic form of quick sand with Sanders, only progressive values communicated through bold and uncompromising stances. With Hillary Clinton, you might need a thesaurus or legal scholar with you at all times, because it seems that straightforwardness hasn't been evident in recent months.

This story was originally published by The Huffington Post