Jimmy Kimmel breaks down in tears while discussing Cecil the Lion: "Maybe we can show the world that not all Americans are like this jackhole"

Kimmel delivered an emotional, tear-filled plea to Americans in the wake of Cecil the Lion's grisly death 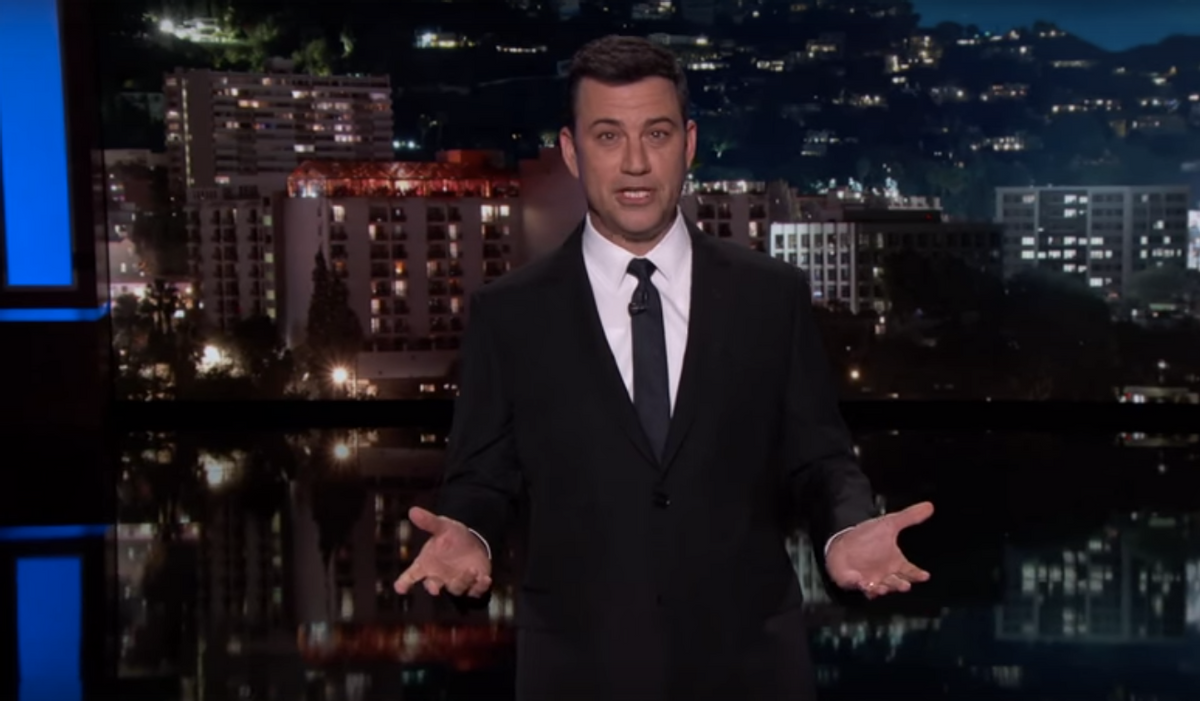 Walter Palmer, the American dentist who shot and killed Cecil the Lion -- a favorite among Zimbabwe tourists -- has already been ripped to shreds by angry Yelp users. Last night, he got the Jimmy Kimmel treatment, too, as the late-night host slammed the dentist for his horrific act of violence. "I'm honestly curious to know why a human being would feel compelled to [shoot an animal]. How is that fun? Is it that difficult for you to get an erection that you need to kill things?" Kimmel said, as the in-studio audience erupted in laughter. Later, taking on a much more somber tone: A choked-up Kimmel urged viewers to make "some good come out of the tragedy" and donate to the Wild Conservation Research Unit (the organization that put the GPS on Cecil). "Maybe we can show the world that not all Americans are like this jackhole," he said