Jon Stewart reveals the truth about his "secret" meetings with Obama 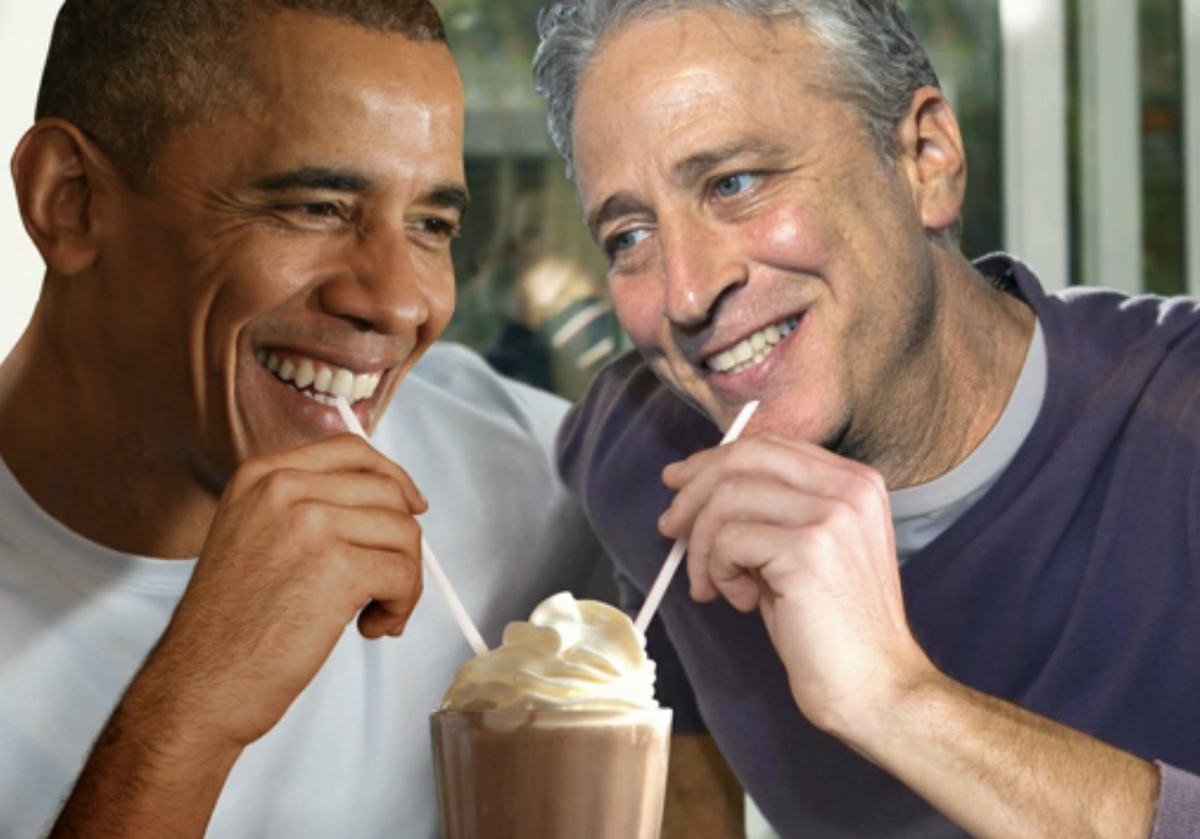 The New York Times reported Tuesday that soon-to-be-retiree Jon Stewart, in addition to meeting with President Obama three times on "The Daily Show" during his 16-year run, has secretly met up with him at the White House on two separate occasions. Larry Wilmore, who brought Stewart onto "The Nightly Show" Tuesday night, was determined to get the scoop on this. When asked about the "secret" meetings, Stewart told Wilmore he didn't think they were exactly secret. "I’m in the visitor log," he said. "And they took pictures of the meeting!" To prove it, Stewart shared a super realistic image of the two together sharing a milkshake and grazing shoulders.

Asked whether he felt that the meetings were some sort of strategy on the part of POTUS to "influence" his "Daily Show" material, Stewart responded: “No, I think that was what he was trying to do, because I have a television show and sometimes we say super sh*tty things about him and his policies, so I’m pretty sure I was there because he’s run out of people to watch ‘King Ralph’ with.”