Smoke it while you can, Colorado — President Chris Christie will be gunning for your legal weed

"As of January 2017, I will enforce federal laws," the Republican hopeful told a town hall in New Hampshire 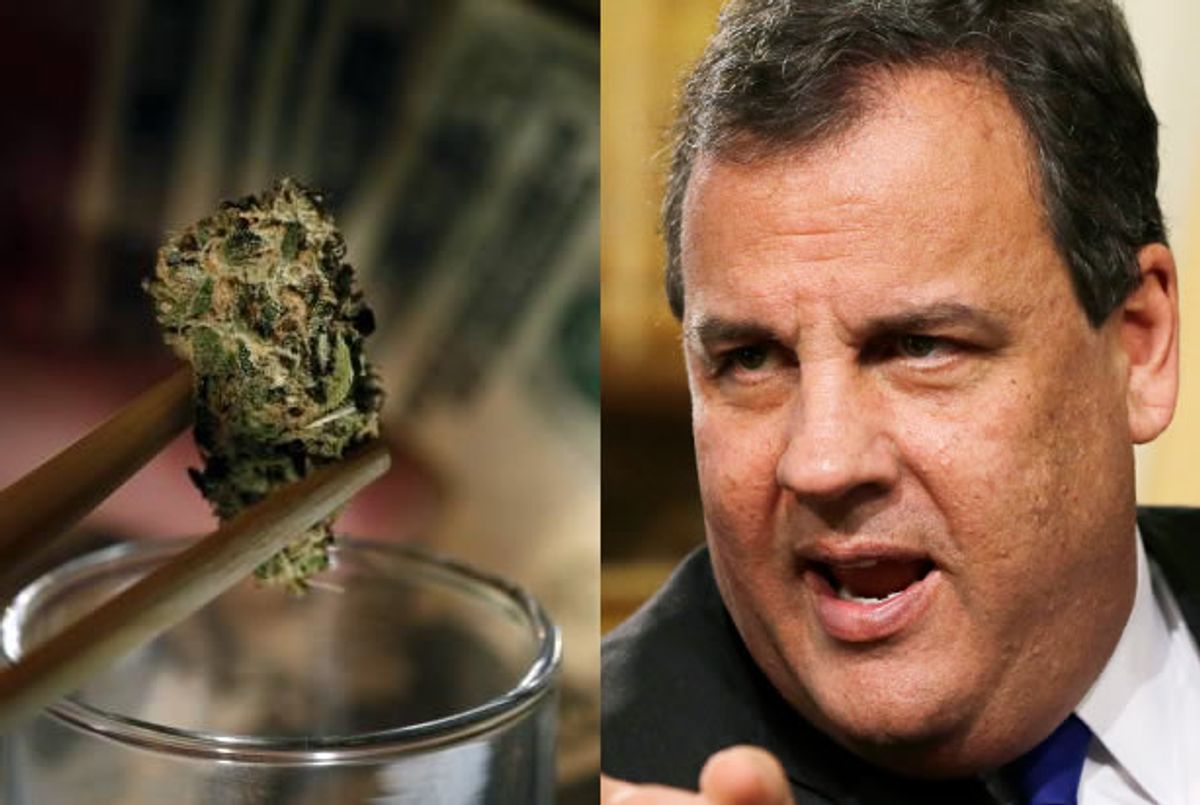 New Jersey Governor and Republican presidential hopeful Chris Christie attempted to introduce some wind into the sails of a flagging campaign at one of his "Telling It Like It Is" town hall discussions by reaffirming his commitment to an increasingly unpopular position -- that marijuana, both medical and recreational, should be illegal.

"If you’re getting high in Colorado today, enjoy it," he said, because "as of January 2017, I will enforce the federal laws." Christie criticized President Barack Obama and the Drug Enforcement Agency for "selectively" choosing which drug laws to enforce.

Christie's argument here is more than a little disingenuous, as he has long fought against the legalization of marijuana not out of some sort idealistic commitment to the principles of federalism, but because he believes that it's a "gateway drug." As he told conservative radio host Hugh Hewitt in April, "we have an enormous addiction problem in this country," and that the legalization efforts in states like Washington and Colorado have created a "quality of life" problem, though he didn't state what exactly that was. In the past, he has referred to medical marijuana as "a front" for legalizing it for recreational use.

It's possible that Christie's trying to stake his candidacy on this issue because -- despite it requiring him to take a position on states' rights that would be offensive to the more libertarian wing of the GOP -- it's one in which he can appeal to the deeply socially conservative section of the party without having to embrace a retrograde religious ideology.

According to a recent Pew Research poll, 65 percent of self-identifying "conservative Republicans" oppose the legalization of marijuana, whereas only half of "moderate Republicans" do. However, among younger Republicans, 63 percent actually favor legalization, as does 53 percent of the general public, meaning that even if this position wins him the nomination, it's likely to backfire in the general election.