"Who is the one reporter who done the most on it in the national media? That would be me" 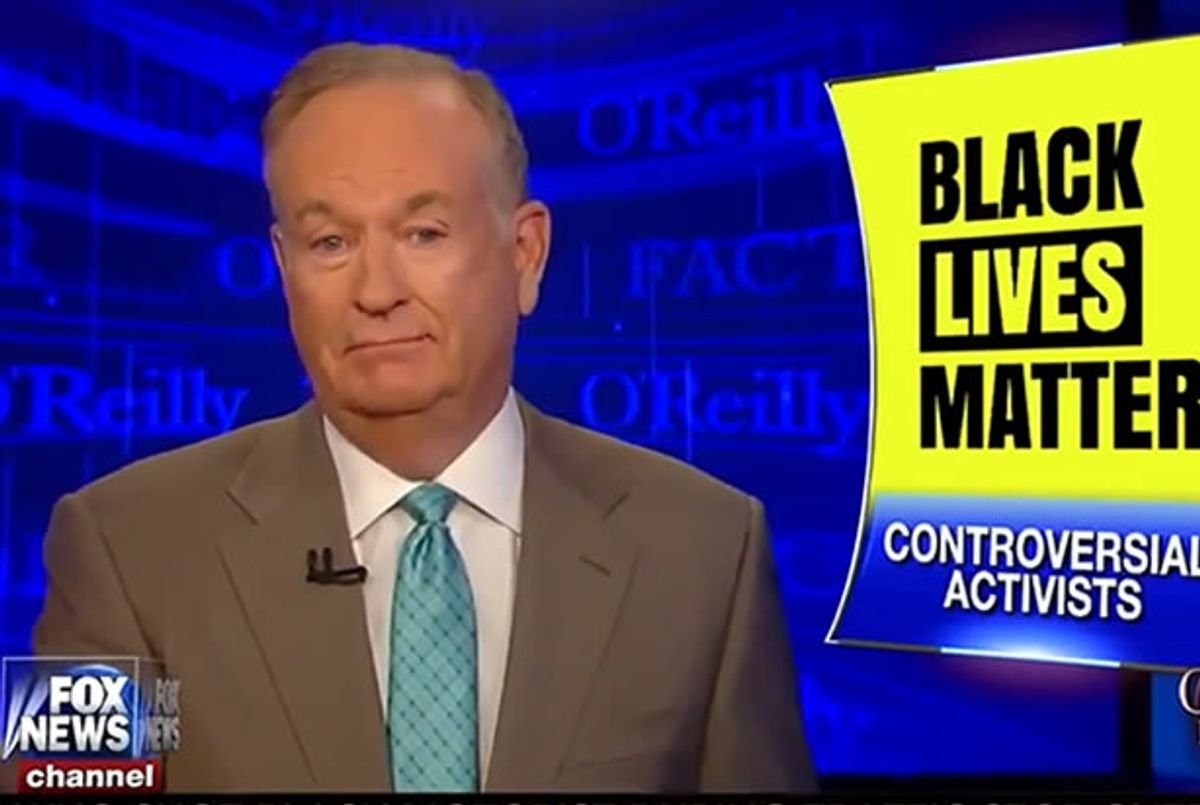 Bill O'Reilly continued his attacks on #BlackLivesMatter on Wednesday night, claiming that the group uses "Gestapo tactics" to condemn white society, because doing so discredits the group in the eyes of black America's greatest champion -- Bill O'Reilly.

He played a short clip from a campus protest at Cleveland State University in which a student claimed that "this is a people of African descent space, if you are not of African descent, please step outside of the circle." It O'Reilly weren't a borderline creationist, he would've noted that everyone in attendance was "of African descent," but instead he tossed Andrea Tantaros, who immediately repeated the lie that George Soros funds #BlackLivesMatter.

"If this was any other group on the right, this would be repeated over and over and over," Tantaros said. She claimed that one of the leaders of #BlackLivesMatter said that the group wouldn't be shutting down the Democratic National Convention because "they're on our side," and pointed out that the cities that have experienced the most civil unrest are controlled by Democrats.

"It sends the message that 'black lives matter,' just not in Democratic cities," she said.

"Or when it comes to black-on-black crime," O'Reilly replied. "You won't see the #BlackLivesMatter crew on the south side of Chicago."

"Their message means nothing when they use these Gestapo tactics," O'Reilly interrupted. "The group is never going to be taken seriously, and their message is only going to fall upon ears sympathetic to them."

Then, in an extraordinary display of vanity, O'Reilly asked who "the reporter in this country who has shed the most light on young black men being killed?"

She tried to insist that there have been many people reporting on this story, but O'Reilly would have none of it. "No," he said, "who is the one reporter who has done the most on it in the national media?"

"I don't know who you'd be referring to," she said.

"That would be me," he replied. The camera cut away from Greene and back to Tantaros, who immediately agreed with O'Reilly's assessment of himself as black America's greatest champion.