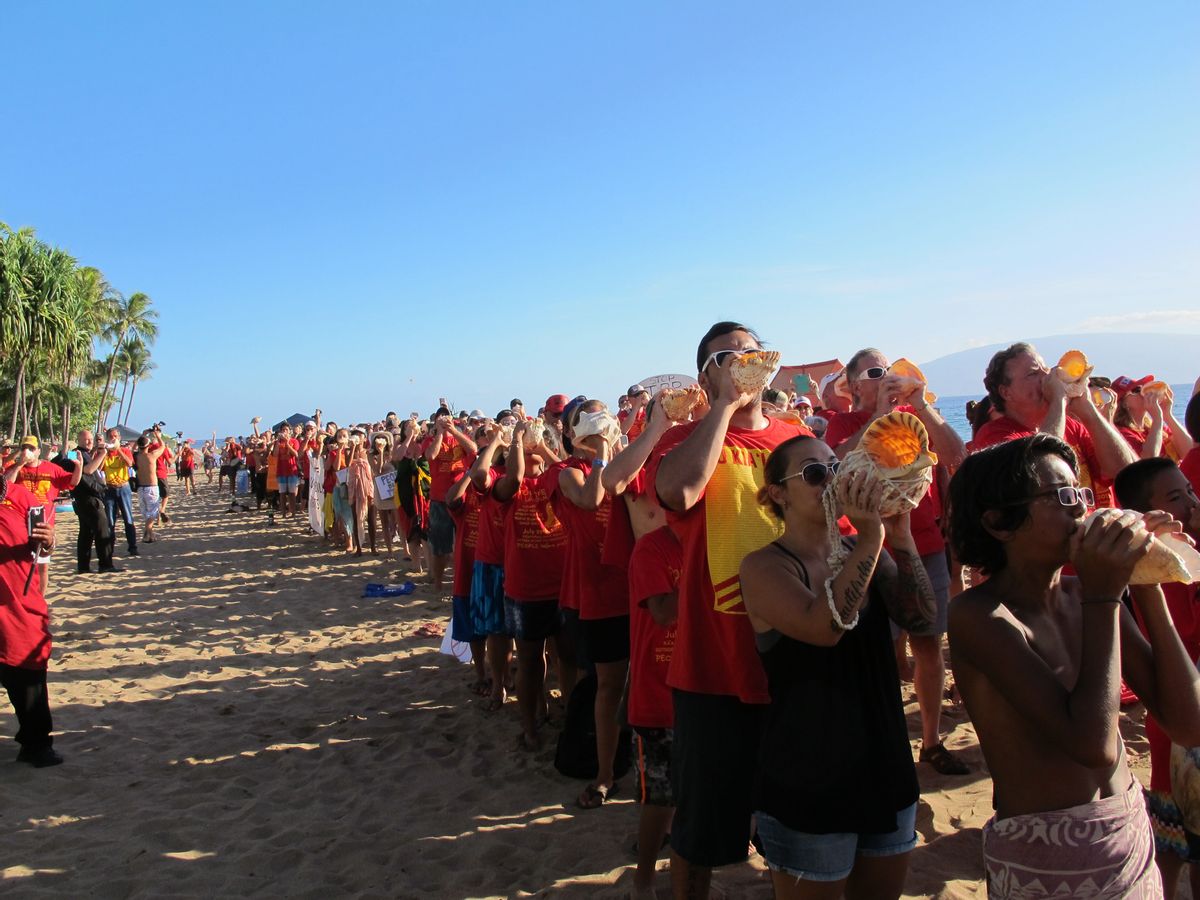 LAHAINA, Hawaii (AP) — About 400 protesters blew conch shells on a Hawaii beach to demonstrate against a trade agreement being negotiated by ministers from 12 Pacific Rim nations.

The demonstrators blew into their shells in unison on Wednesday on the sand in front of the Westin Maui resort on Kaanapali Beach, where ministers were meeting this week to discuss the Trans-Pacific Partnership trade pact.

A former agriculture minister from Japan, Masahiko Yamada, shared how he had been fighting the agreement back home for the past five years. He led the crowd in chants of "Stop TPP" and "gambaro" or "Let's do it" in Japanese.

The agreement would lower tariffs and other trade barriers while setting labor and environmental standards for its participants. The Obama administration said the pact would boost U.S. economic growth and help keep high-quality jobs in the country by increasing exports.

The protesters blew conch shells because to Native Hawaiians have used the shell's sound to let people know something important was to occur, said event organizer Trinette Furtado.

"Today is a call to attention, to join together against this attempt to put profits over people," Furtado said in a statement.

Organizers believe they set a new world record for the number of people blowing conch shells at one time. They documented the event to submit to the Guinness Book of World Records.

Marti Townsend, director of the Sierra Club of Hawaii, said the state has some of the strongest environmental laws in the world, but they would be "gutted" if the agreement is adopted.

"We are calling on elected leaders around the world, all 12 countries, to recognize that the public interest in this situation is higher than the corporate interest," Townsend said.