Larry Wilmore can hardly contain his disgust for Minnesota dentist who killed Cecil the lion: "I wish there was Novocaine for my soul"

“Four out of five dentists recommend Crest. I guess the fifth was too busy murdering lions to answer the poll.” 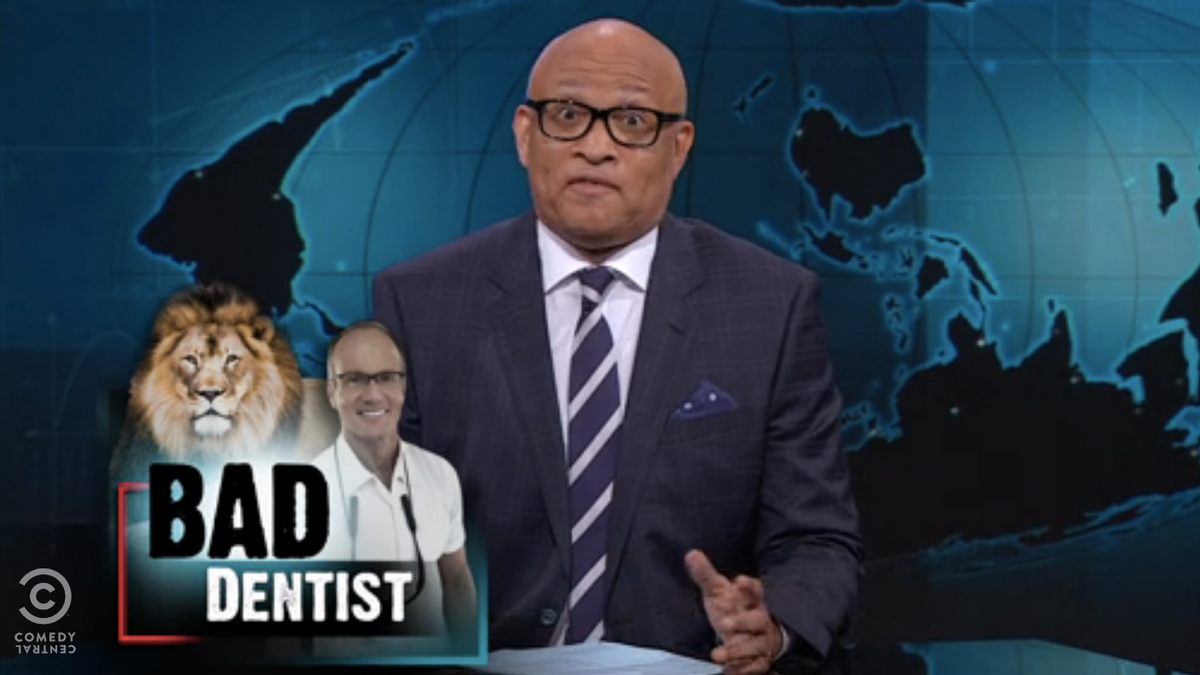 "I wish there was Novocaine...for my soul, the "Nightly Show" host said. "Everything hurts."

News of the Zimbabwe lion's death made national headlines this week after the grisly details of the attack (as well as the identity of the killer) were uncovered. That included: First, being shot with a bow and arrow, then gunned down 40 hours later and finally skinned and decapitated, because what the hell.

Palmer issued a public statement which claimed he had "no idea" the lion was collared and part of a study until the very end of the hunt. He also admitted in it to not knowing that Cecil was a "local favorite." “I relied on the expertise of my local professional guides to ensure a legal hunt,” he said.

Wilmore fired back: "Four out of five dentists recommend Crest. I guess the fifth was too busy murdering lions to answer the poll.”