Upstate NY fair on Confederate flag: "The more of them, the better" 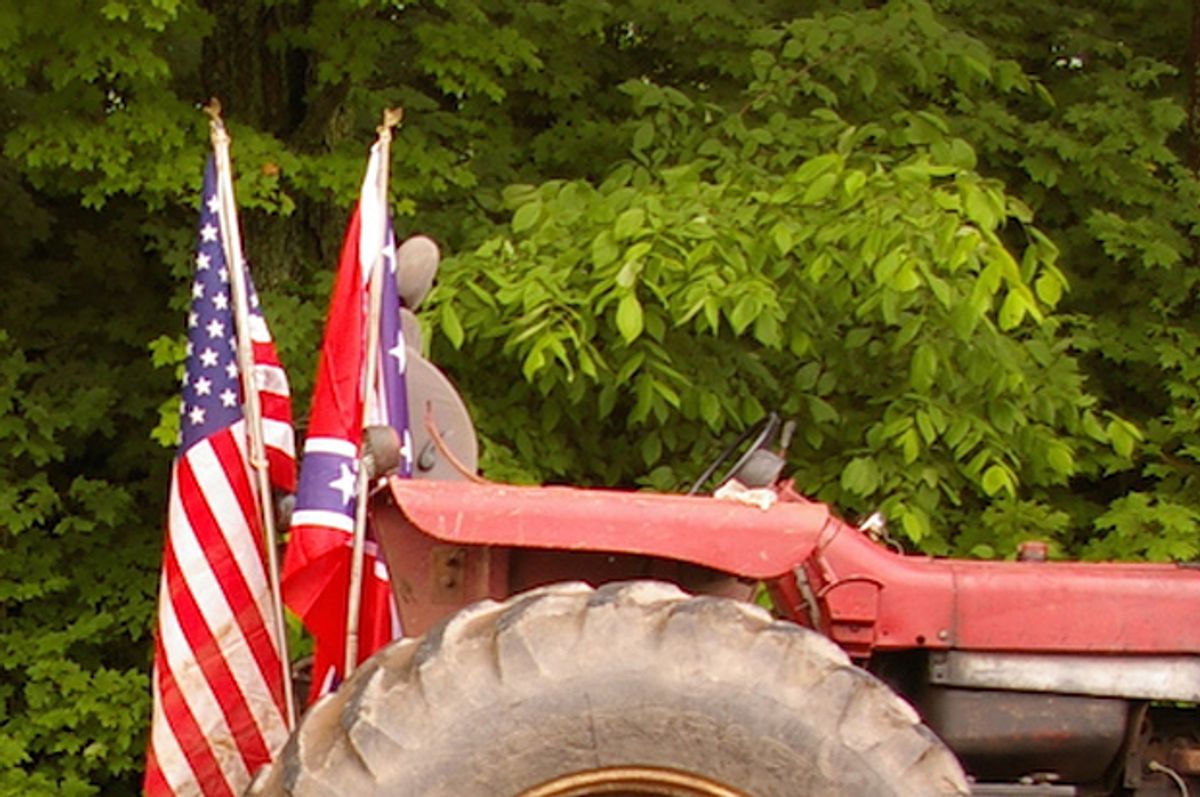 A county fair board in upstate New York has decided not just to permit its vendors and exhibitors to display the Confederate battle flag, but essentially to encourage the controversial banner long associated with white supremacist attitudes and racist crimes.

“The more of them, the better,” said Norm Kilpatrick, a member of the board governing the Delaware County Fair in Walton, New York, according to a report published Tuesday in the Watershed Post, an online publication covering the Catskill region. Comments by other board members, in response to a letter from a local fair volunteer pointing out that the New York State Fair had asked their vendors not to show or sell the Rebel flag (and that Walmart and Sears no longer carried it), weren’t as juicy – but their verdict was unanimous. From the Watershed Post:

“The Civil War got over 153 years ago,” said Director John Jackson.

[Board chairman Ed] Rossley said that banning flag merchandise, even if the board was so inclined, would be difficult because vendors have already signed their contracts with the fair.

The final word on the matter came from Kilpatrick.

“It's none of our damn business,” he said.

It might seem odd that a rural Northeastern county with 40,000 residents (more than 95 percent of them white), within a few hours’ drive of New York City, would be one of the last redoubts of overt Confederate sympathy. Especially when you consider that many of today’s Delaware County residents had ancestors who fought and died in the Civil War -- on the Union side. As one poster on the Watershed Post’s Facebook page put it, the men of the Union Army’s 144th Regiment, largely raised in that area, may be rolling over in their graves.

Other posters on the Watershed Post page have gone in quite a different direction, however: enthusiastic endorsement. One asked, “Where can I sign up to be a sponsor of this great event?” Another crowed, “Awesome news!” Others have expressed delight that the “liberal ding dongs” and proponents of “political correctness crap” had met with opposition at last: “Finally someone with gonads!” If organizers of this small-town Americana event wanted to attract attention for something beyond prize heifers and the demolition derby, they may be getting more than they bargained for.