"I will not pretend there is nothing we can do to stop this," he said, noting he might also send in the FBI 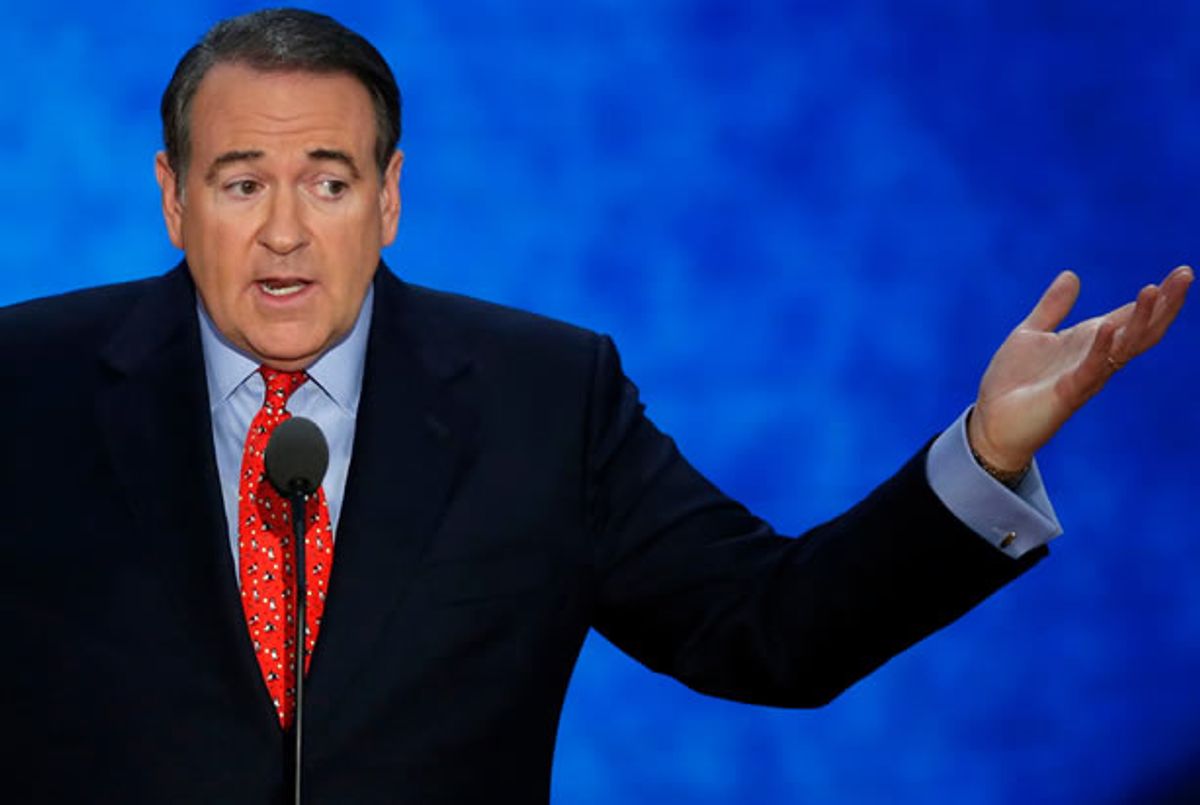 Former Arkansas Governor and current Republican presidential candidate Mike Huckabee said at a campaign event on Thursday that he wouldn't rule out deploying federal troops or using the Federal Bureau of Investigation to stop abortions from being performed, the Topeka Capital-Journal's Justin Wingerter and Celia Llopis-Jepsen report.

The Capital-Journal claimed the question that prompted his remarks came from the audience during a question-and-answer session at the Pizza Ranch in Jefferson, Iowa -- but on Twitter, Rolling Stone's Matt Taibbi confessed to having asked it:

Huckabee acknowledged that the decision to invade an abortion clinic -- or a state in which they were legal -- would be controversial, but that he would "invoke the 5th and 14th Amendments for the protection of every human being." He noted that scientific advancements in the decades since Roe v. Wade prove that fetuses are, in fact, unborn babies and as such have human rights.

"I will not pretend there is nothing we can do to stop this," he said. "All American citizens should be protected," and explained that many other presidents have defied Supreme Court rulings on the basis of their conscience, citing Thomas Jefferson and Abraham Lincoln.

The issue of abortion is beginning to dominate conversations on the right because of the hoax being perpetrated on it by the Center for Medical Progress. Such a focus should, in theory, help socially conservative candidates like Huckabee, but likely Republican primary voters are still -- for reasons that can't be fully explained -- overwhelmingly throwing their weight behind Donald Trump.