The media's ridiculous Scientology blackout: Tom Cruise reportedly imposes draconian limits on interview questions (but why are reporters going along with it?) 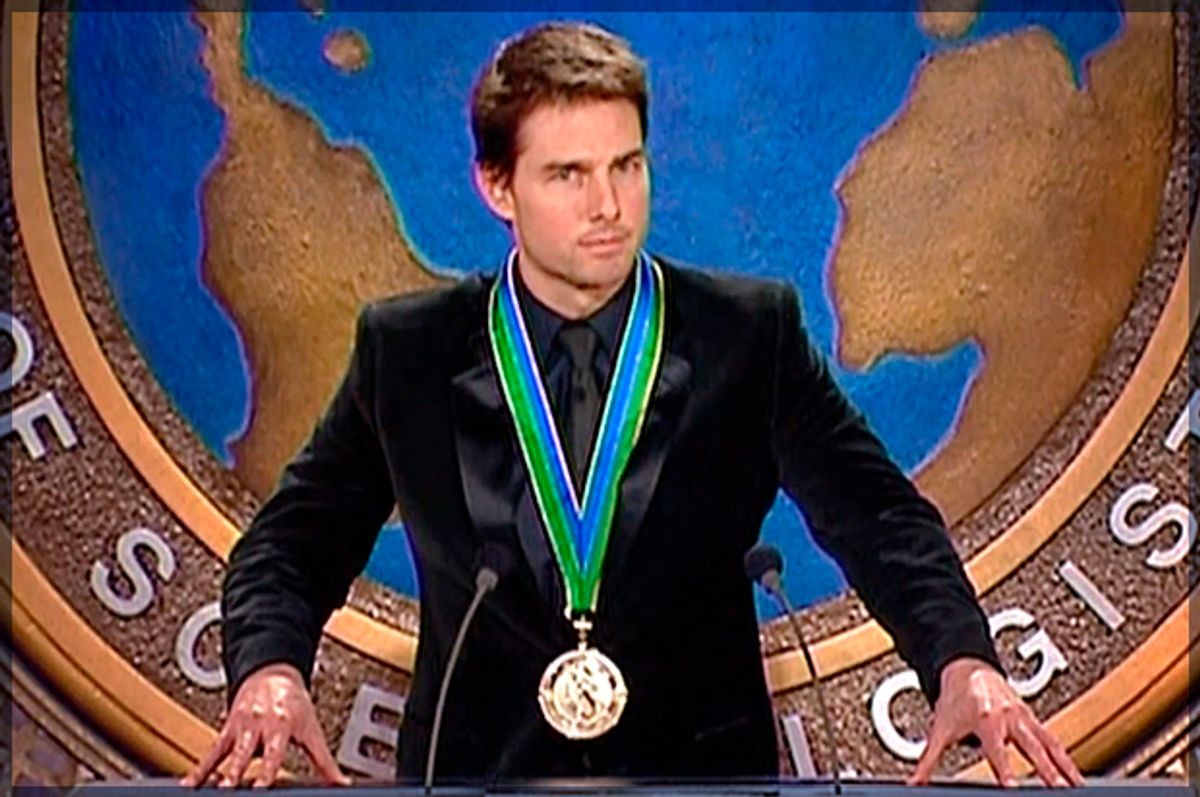 Recently, Sophie Gilbert over at The Atlantic wondered why interviewers were neglecting to press Tom Cruise on Scientology during the “Mission Impossible: Rogue Nation” press tour, with even Jon Stewart sticking to milquetoast territory like Cruise's exercise regimen and his lush mane.

Now, a source at The Wrap is alleging that Cruise’s PR team strictly forbade news outlets from asking about Scientology or the actor’s personal life, including any mention of Alex Gibney's controversial Scientology documentary “Going Clear" or the rumors that Cruise is dating his assistant.

A Comedy Central spokesperson responded that this "was definitely not the case for his interview on 'The Daily Show,'” and “no one put any restrictions on questions Jon could ask him.”

So what exactly is going on here?

Back when Elisabeth Moss was doing her “Mad Men” press tour, I asked why the same media that had shown outrage over the revelations in “Going Clear” were soft-balling celebrities who support the organization. One would think that this -- Cruise's first major press tour since "Going Clear" -- would be the perfect opportunity to bring up some of the damning allegations raised in the film. Cruise is Scientology's most high-profile supporter, one who, according to "Going Clear," has directly profited from slave labor and other corrupt practices within the church. By remaining silent, he is helping the church continue its alleged regime of abuse unchecked.

As “Going Clear” author Lawrence Wright told Salon about the importance of holding celebrity Scientologists accountable: “The reason I single out Tom Cruise and other celebrities is that they have a moral responsibility to demand change inside their church — which is committing abuses and they know about it, it’s not a secret. But they’re the ones who have been selling Scientology and are responsible for people coming into the church. Some of those people have been harmed and I think it’s on them to demand change.”

It makes total sense, given what we know about the organization's draconian PR tactics, that Cruise's people would impose a moratorium on Scientology questions. What doesn’t make sense is why journalists — especially the likes of Jon Stewart, who a) is known for his tough interview tactics and b) really has nothing to lose at this point — are agreeing to play by their rules.

Or, as Gilbert put it: "Why devote precious time in one of his final episodes to helping a controversial actor promote a movie that doesn’t need the boost??"