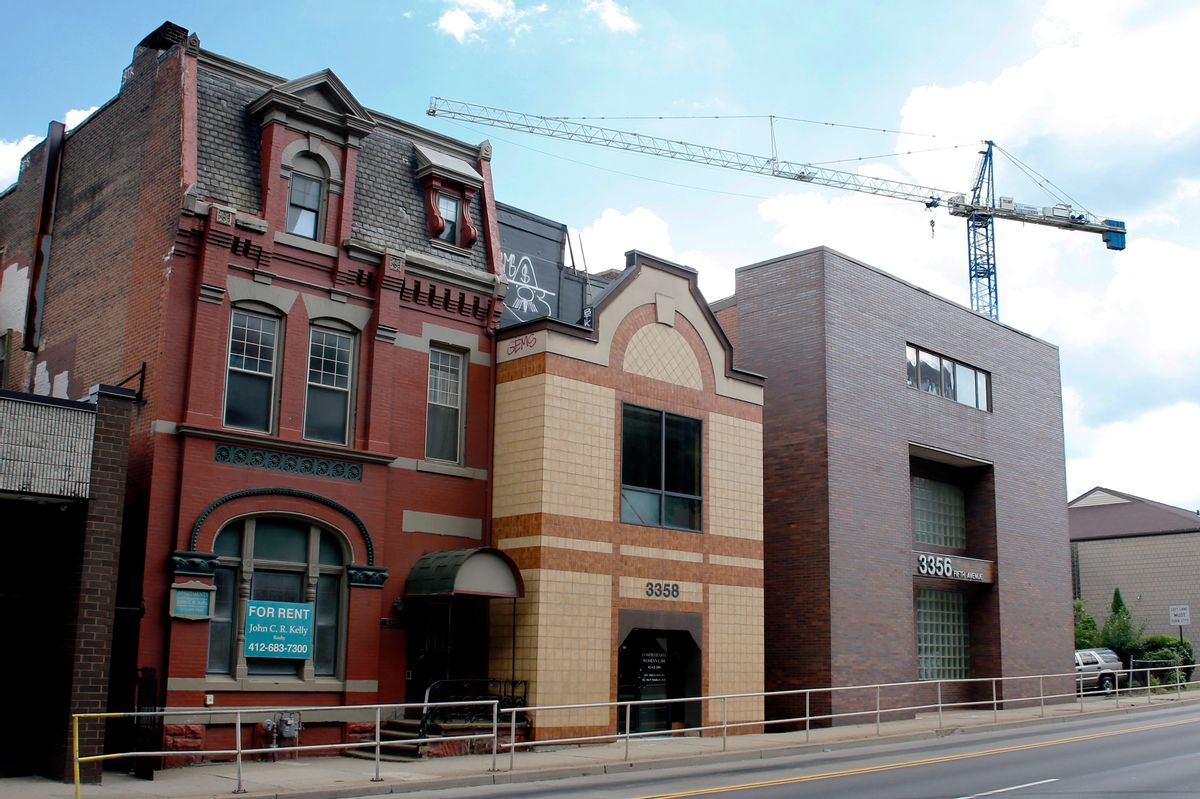 The office of Dr. Jan Casimir Seski, center, is seen Sunday, Aug. 2, 2015, in Pittsburgh. The Zimbabwe National Parks and Wildlife Management Authority accused Seski, whom they said is an American, of being involved in an illegal bow and arrow lion hunt in April.(AP Photo/Keith Srakocic) (AP)
--

1. AND THEN THERE WERE TWO

Zimbabwe has accused a Pennsylvania doctor of illegally killing a lion in April, adding to the outcry over a Minnesota dentist who killed a well-known lion named Cecil in early July.

The president's decision secures his legacy on fighting global warming, but it will be up to his successor to implement the plan.

3. WHO DOESN'T TRUST THE WATERS?

The International Olympic Committee says it will order testing for disease-causing viruses in the sewage-polluted waters where athletes will compete in next year's Rio de Janeiro Games.

4. EGYPT RESUMES FORMAL SECURITY TALKS WITH THE US

The talks between the two countries were last held six years ago and kept on hiatus until now because of the political unrest in Egypt.

5. A YEAR AFTER FERGUSON

The fatal police shooting of an unarmed black teenager led to the passage of 40 new measures addressing use of force by police in 24 states, but activists say it's not enough.

Ruben Espinosa's body was discovered in an apartment in Mexico City weeks after he fled from the Gulf state of Veracruz because of harassment.

7. ONE KILLED WHEN STORM BLOWS TENT OFF MOORINGS

It happened in the Chicago suburb of Wood Dale during a festival, and three people also were seriously injured.

8. WHO GIVES RELATIVELY LITTLE TO CHARITY?

Donald Trump says he donated $102 million in cash and land to philanthropic and conservation organizations over the past five years, well behind such billionaires as Michael Bloomberg, George Lucas and Warren Buffett.

AC/DC's drummer is accused of breaking the rules of his home detention sentence by drinking alcohol.

Bobby Brown's sister Leolah said during the memorial service for her niece, Bobbi Kristina Brown, that the feud was "far from over" between her family and the late Whitney Houston's kin.