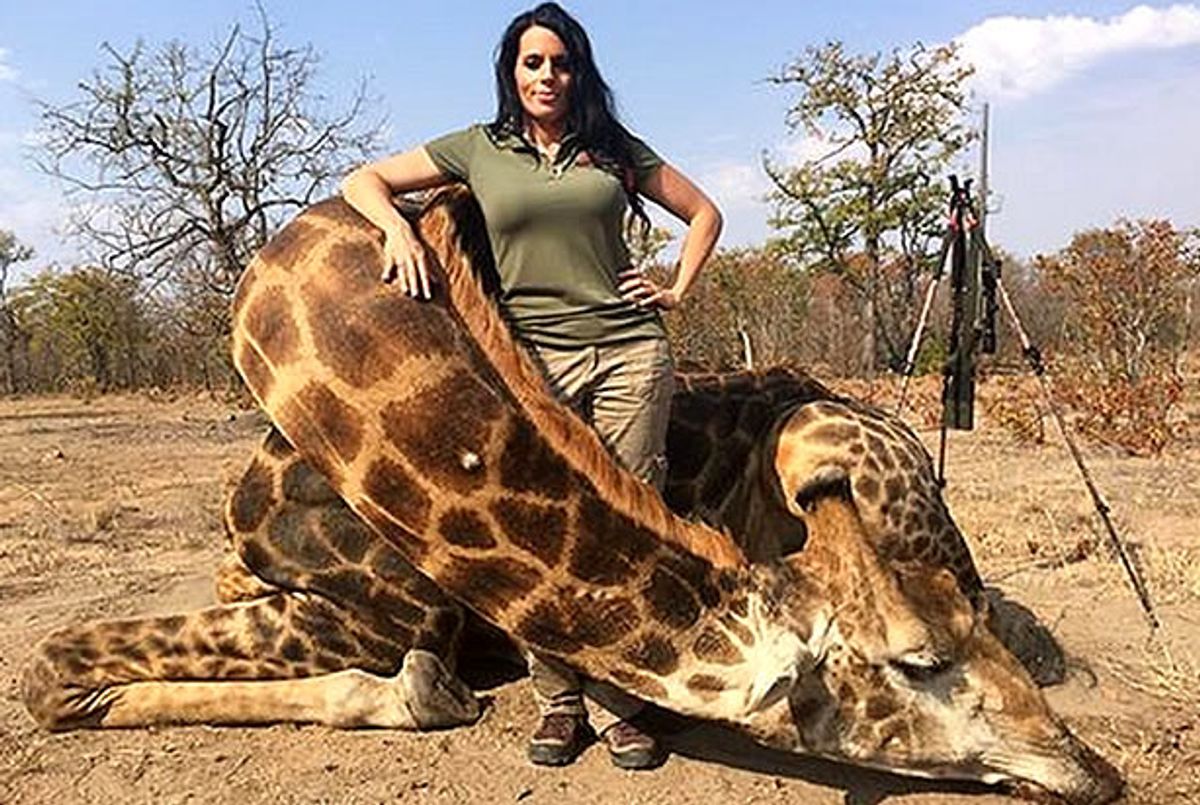 In the wake of the illegal kill of Cecil the Lion by Minnesota dentist Walter Palmer, other big game hunters who have posted their trophies on Facebook and Twitter are coming under fire, including Sabrina Corgatelli, an accountant for Idaho State University who uploaded images from her legal hunt in South Africa largely unaware of the current outcry against her "hobby."

Corgatelli told Today's Carson Daly that when she posted the image of her and the giraffe -- which she captioned, "Such an amazing animal!! I couldn't be any happier!! My emotion after getting him was a feeling I will never forget!!!" -- she never anticipated that the photograph would be commented on more than 13,000 times, or that she would become a flash-point in the discussion about the legitimacy of big game hunting.

"To all the haters, stay tuned, you're gonna have so much more to be p***ed about," she wrote in response to some of those comments.

She was much more measured with Daly, saying that "everybody just thinks we're cold-hearted killers, and it's not that. There is a connection with the animal, and just because we hunt them doesn't mean we don't have a respect for them."

She added that she was, in effect, doing a public service, because despite being herbivores who mostly congregate in national parks, "giraffes are very dangerous animals" and "they could hurt you seriously very quickly."

Her it-could-be-coming-right-for-us defense aside, Corgatelli is correct to note that "everything I've done here is legal," and questioned how people can "fault somebody because of their hobbies. Asked by Daly if she thinks her job could be in jeopardy, she replied with a question of her own -- "How can an employer chastise you for something you do on your personal time that's legally done?"

Her boyfriend, Aaron Neilson, explained that while the hunts in which he and his girlfriend have participated are legal, he's not sure he wants to see Cecil the lion's killer, Walter Palmer, extradited to Zimbabwe to face poaching charges because foreign hunters are always at the mercy of their guides.

"I would say if the man is in fact charged with the crime I think it's something to consider," he said. "I also believe that when a foreign hunter travels to a foreign country, he is at the discretion of the guide and outfitter that he puts his trust in. So, to start charging foreign people under crimes like this in a place where he likely was completely unaware of most of the circumstances, I think would be a very slippery slope."