Confirming that he's the most Internet savvy scientist around 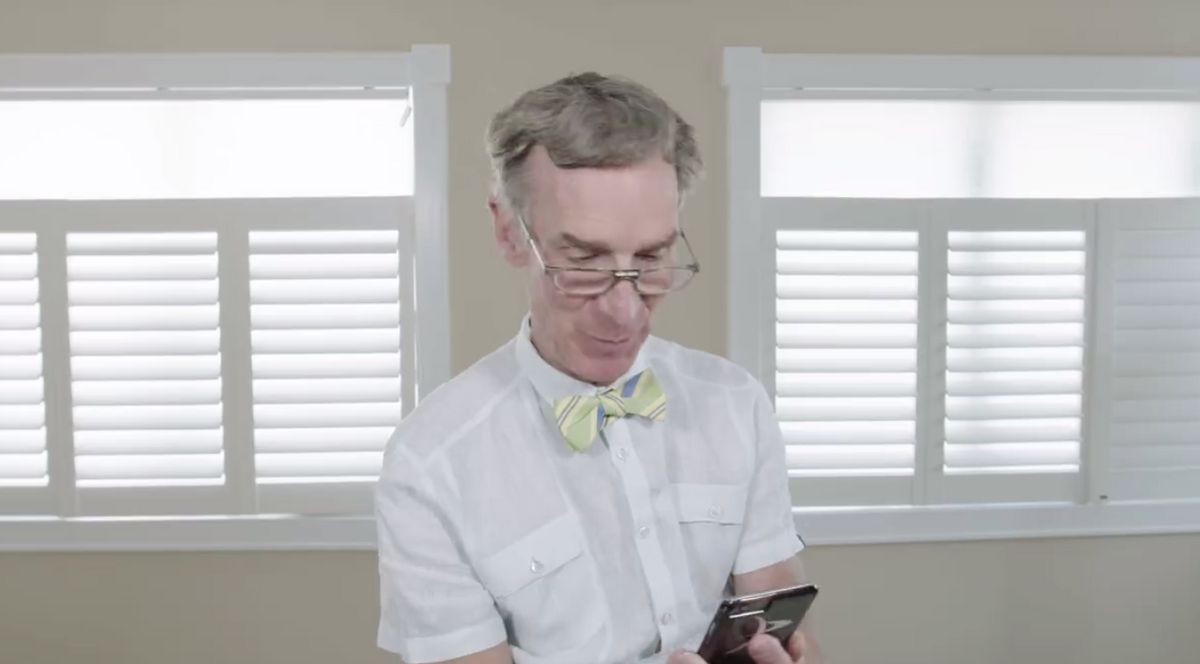 Having more than 2 million followers on Twitter -- as Bill Nye does -- means that "mean tweets" are an inevitability. Also: You are required by law to make a viral video of yourself reading them. Taking a page out of Jimmy Kimmel's book, Nye released a video of his own over the weekend and solidified the fact that he's the most Internet savvy scientist in town. The Twitter read-aloud comes on the heels of Nye's Kickstarter campaign for a feature-length film and includes a few unforgettable gems such as "Bill Nye sucks butthole." Way to keep your composure, Bill.

Bill Nye reads Mean Tweets!At last -- It's time to watch everyone's favorite #ScienceGuy read and respond to his very own #MeanTweets!And it's all thanks to YOUR incredible response to our latest BACKER CHALLENGE and the overwhelmingly popular #FrisbeeFriday! Keep sharing, pledging, and helping us to #ChangeTheWorld with Bill Nye The Science Guy! Details here: bit.ly/billnyefilm