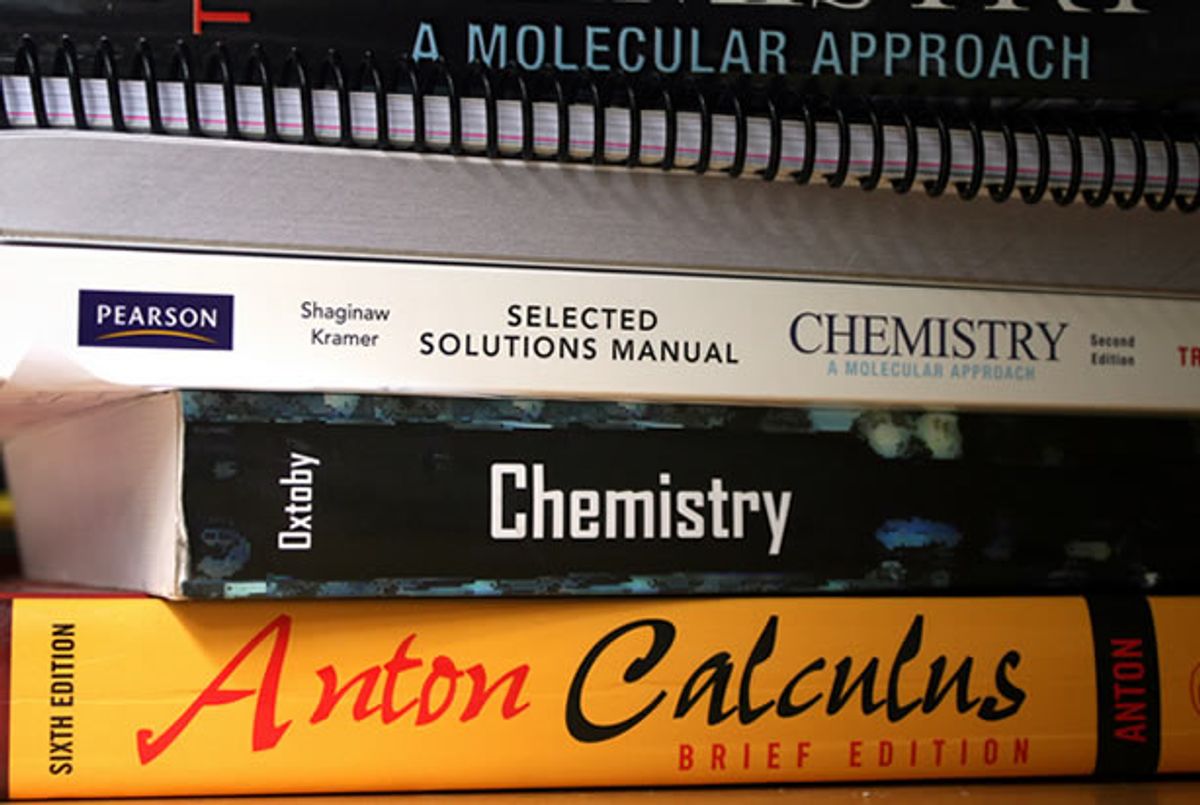 Incoming college freshmen will be paying 1,041 percent more for their textbooks than their peers did in 1977, according to NBC's review of Bureau of Labor Statistics data.

Nicole Allen, a spokeswoman for the Scholarly Publishing and Academic Resources Coalition, claimed that the dramatic increase is the result of students being "captive consumers," incapable of buying anything other than the books they're assigned. But such sentiments don't accord with the reality that many students purchase used copies -- which are still very expensive -- or rent books on a semester-by-semester basis.

Most students, however, do purchase textbooks, if only so they can sell them back for a quick infusion of cash at the end of the school year. An NPR investigation in 2014 found that while the price of textbooks has continued to increase, the amount students are actually spending on them plateaued in 2002.

NPR surmised that the availability of online venues like Amazon and Chegg.com, as well as a movement toward open-source textbooks in the hard sciences -- where the majority of the most expensive textbooks can be found -- has created an environment in which students can get away with only paying $320 per semester on books.

Which is still, of course, criminally more than their peers did in 1977.

Watch a short video on the phenomenon via NBC News below.